In Blogs 675 and 680 I noted some new issues from Bhutan Post and more are now mentioned below. The centre of attention of Bhutan Post's new issue programme appears to be the 60th birthday of King Jigme Singye Wangchuk, the 4th King of Bhutan.

2015 (date of issue not yet known) - "Ascending the Golden Throne", "Democracy- a Royal Gift" (already featured in Blog 675), "A Golden Reign", "Father of Gross National Happiness" and "The Transition of Destinies" - 5 sheetlets and 2 miniature sheets. Rating:- *****. 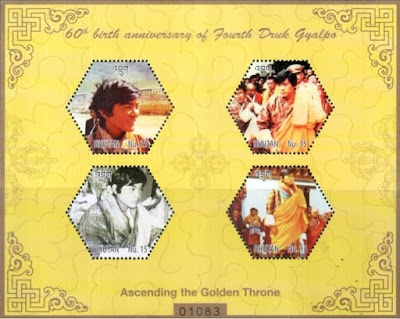 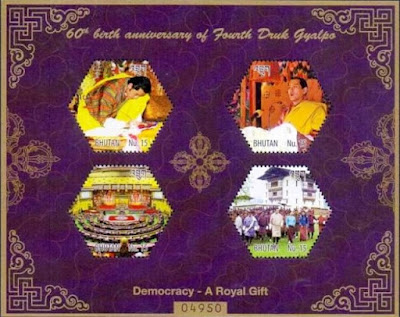 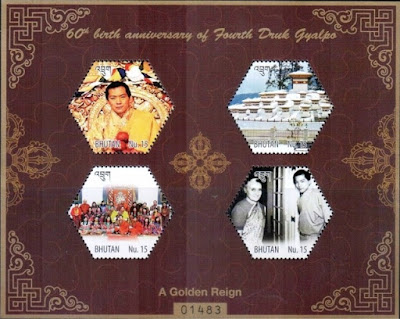 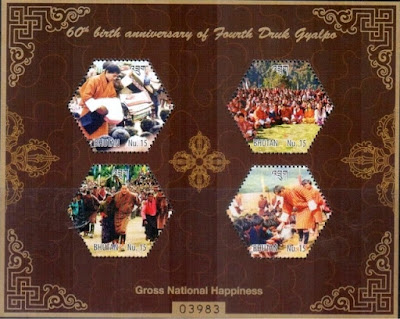 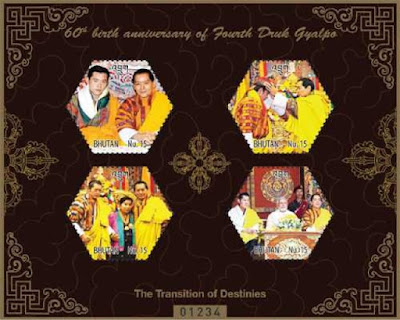 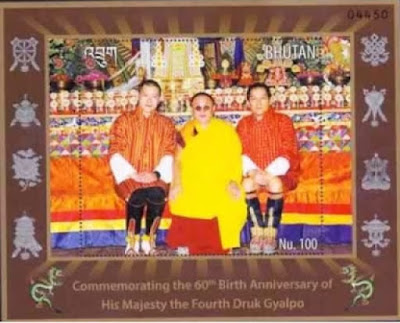 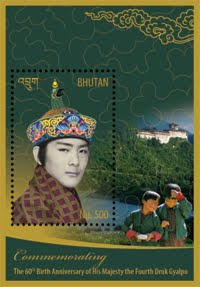 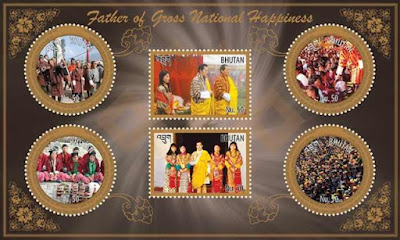 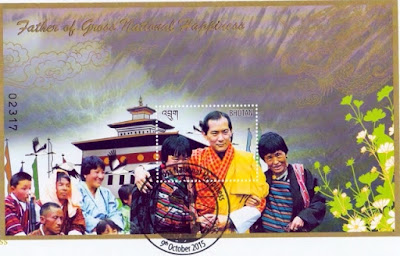 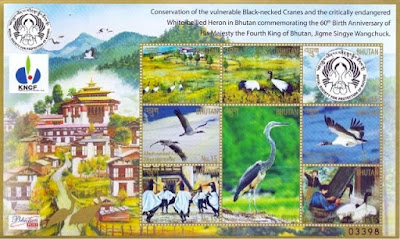 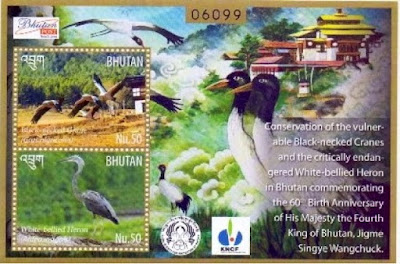 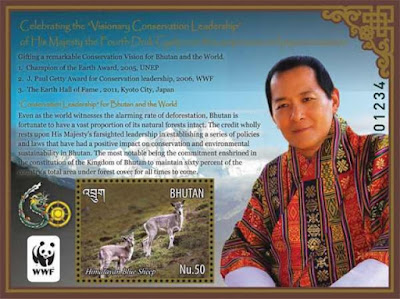 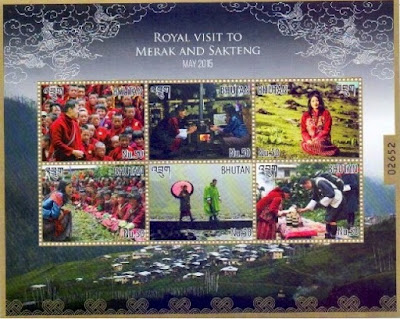 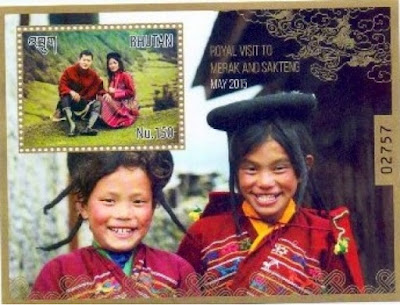 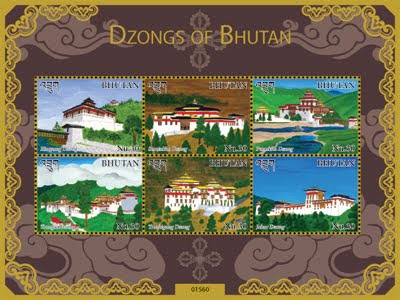 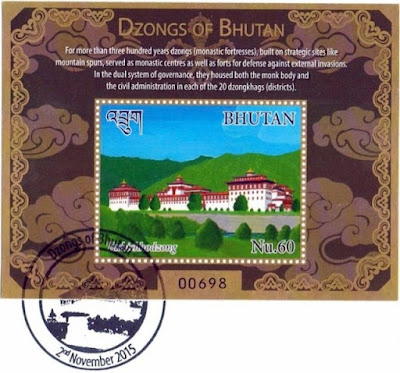 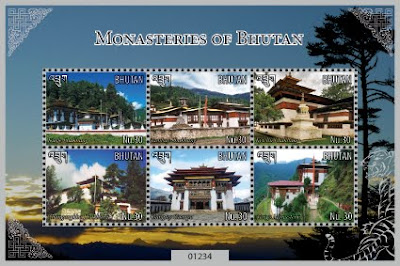 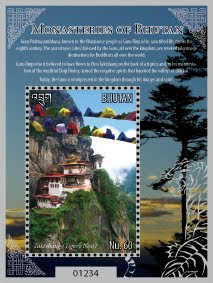 Guernsey Post will issue a set of 6 stamps and 1 miniature sheet which combines all 6 stamps to commemorate the Lunar new year (Year of the Monkey) on 20 January 2016. Priced at £7.24p for set plus miniature sheet these items have no real relevance to Guernsey and are dull, anaemic-looking and tell the collector nothing about Guernsey. I shall not be adding the issue to my collection of Guernsey stamps. Rating:- 0.

Although I am not aware of any useful publicity put out to collectors by the seemingly moribund CASCO, the Cayman Islands philatelic agents, it seems that the postal administration of this Caribbean territory has recently released 2 new issues of stamps.
The first is its Christmas issue and consists of 4 stamps, depicting children's art, as well as a booklet of 10 x 25c self-adhesive stamps. The 25c value depicts a parrot which looks like the Grand Cayman Parrot, the territory's national bird. Because of the poor pre-publicity I do not yet know the date of issue.This is a pleasant and colourful set. Rating:- ***.

The second issue from Cayman Islands, equally unannounced to collectors by any publicity of which I am aware, depicts artefacts from the Cayman Islands National Museum. Again, I do not yet know the date of issue. Rating:- ***. 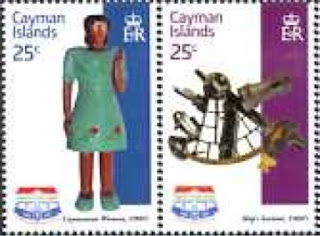 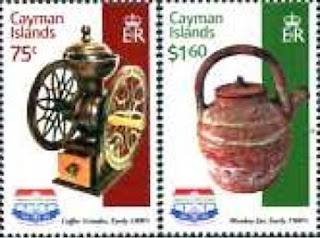