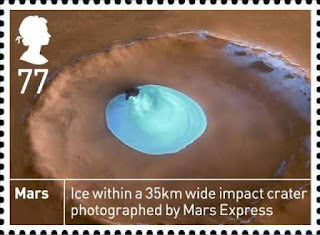 In items published in the British newspapers today, the story is told of 5 year old Oliver Giddings of Lytham St. Anne's in Lancashire who is a great enthusiast for space travel and who decided that he wanted to send a Christmas card to the planet Mars. Apparently he wasn't sure if he had enough stamps that would be needed on his item of mail and so he wrote to Royal Mail to enquire just how much it would cost him to get his Christmas card to his chosen destination.
Charmingly, Royal Mail decided that it would answer Oliver's question as accurately as possible and so it contacted NASA which advised that it would cost about £12,000 to carry a letter of up to 100g in weight to The Red Planet. Royal Mail advised that the exact sum would be £11,602.25p but that included a fee of £2.25p so that Royal Mail's International team could transport the Christmas card to NASA's launch site - the remaining £11,600 was for transporting the cover the 567 million km from the launch site to Mars itself.
The newspapers have not reported whether or not Oliver decided to go ahead with sending his Christmas card or whether the postal rate proved a little more than his pocket money could pay for.
I wonder if some enterprising first day cover producer even now is planning their special Mars covers at a knockdown price of, say, £14,000. Likewise, now that Royal Mail knows exactly what the postal rate to Mars should be, is the postal organisation preparing to issue its first £11,602.25p definitive stamp? That would be an extraordinary item to add any collection of Machin definitives.
I do hope, given all the positive publicity this represents for Royal Mail, that the organisation has presented young Oliver with a Star Wars presentation pack. Perhaps someone could come up with an affordable presentation pack of spoof definitives covering the postal rates not only to Mars but other planets in our solar system at the appropriate rates.

The Falkland Islands postal administration will issue a set of 6 stamps on 13 January 2016 on the subject of local birds of prey. The lovely stamps were designed by Georgina Strange and lithographed by BDT International. Rating:- *****. 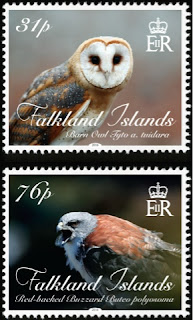 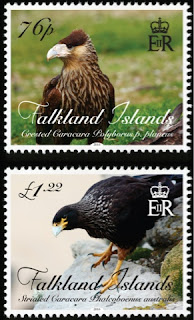 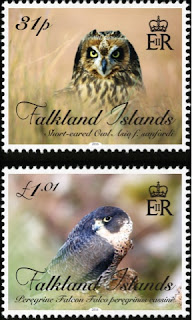 The Pitcairn Islands postal administration will issue a set of 4 Christmas stamps on 9 December 2015. The attractive designs are by Lucas Kukler and lithographed by Southern Colour Print. Rating:- *****. 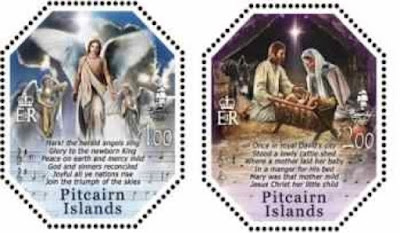 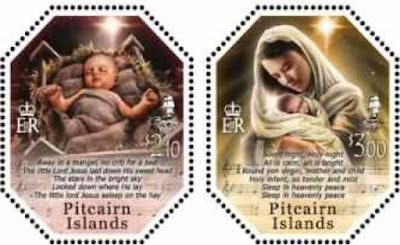 The Universal Mail United Kingdom website postal service features 4 new strips, each of 5 different stamps all for use on international postcards sent by airmail. The first 3 sets are "Bespoke" which means that they are only available at a single site - the tourist attraction which is sponsoring the items - and not sold directly to collectors by Universal Mail themselves. Because of this highly limited availability I myself no longer bother to go to the often great difficulty involved in buying such items for my collection.
However the fourth "strip" is not "Bespoke" and is therefore sold by Universal Mail and should be available from more sources in the area to which it is relevant and I am therefore happy to add it to my collection.
The Bespoke strips are:-
No. UK0148 - The House of Commons, dated 05/15:- 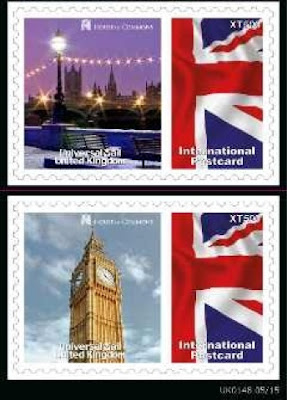 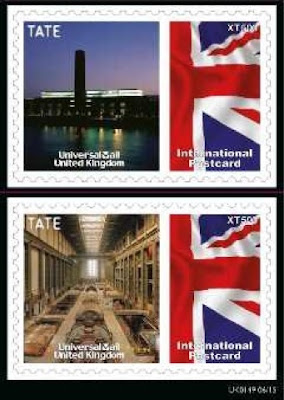 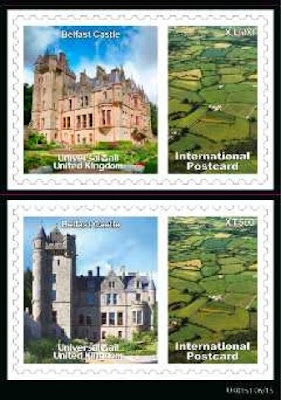 "England" series - available from Universal Mail and other sites - No. UK0150 - The Cotswalds:- 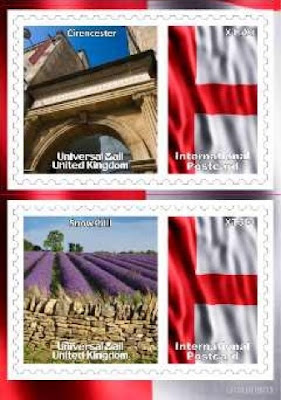