Pos Malaysia will issue 4 stamps on 8 June 2015 which will be a joint issue with Thailand and on the subject of marine life:- 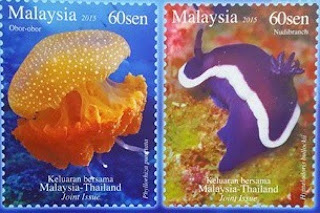 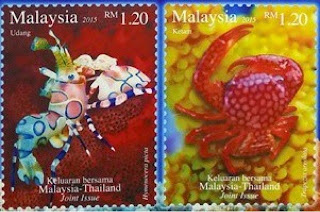 The postal service of Ireland, An Post, issued a pair of stamps on 14 May 2015 as its contribution to the Europa omnibus series. The stamps were designed by Design Factory from paintings by the artist Comhghall Casey, a specialist in still life paintings and portraiture, from Omagh in County Tyrone. The stamps were lithographed by Cartor:- 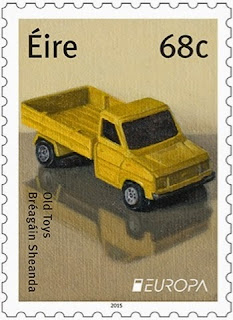 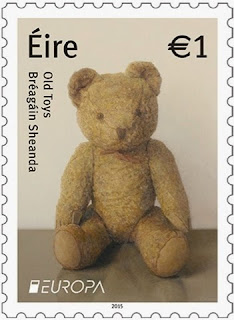 This week's issue from Australia Post is a block of 4 x 70c gummed stamps, 1 miniature sheet and a coil of 4 self-adhesive 70c stamps on the subject of items from Australian museum collections. The items will be released on 19 May 2015 and were designed by Gary Domoney of Visua and lithographed by McKellar Renown:- 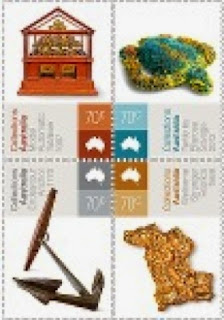 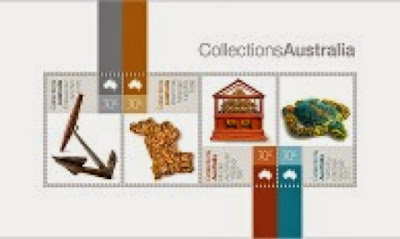 While visiting Europhilex Stamp Exhibition 2015 I visited the IGPC stand on the first 2 days of the show. There was not a lot on display to see - apparently many of the items for sale had been held up at Customs - but I did notice that an issue for St. Vincent And The Grenadines was on show which commemorated the achievement of Queen Elizabeth II in becoming the longest reigning English monarch - the issue consists of a sheetlet of 6 different stamps and 1 miniature sheet:- 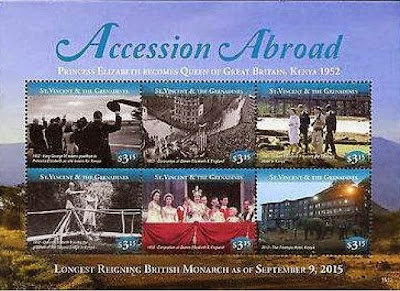 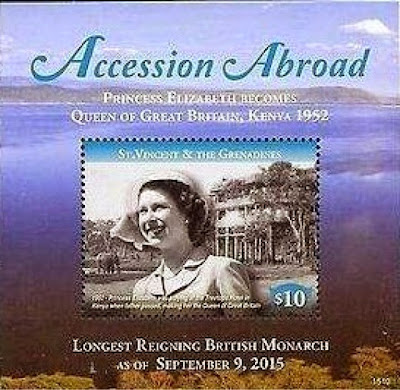 I also noted an issue from Grenada which consisted of a sheetlet of 4 different stamps and 1 miniature sheet on the subject of the British contribution to modern popular music, issued to commemorate the Europhilex exhibition:- 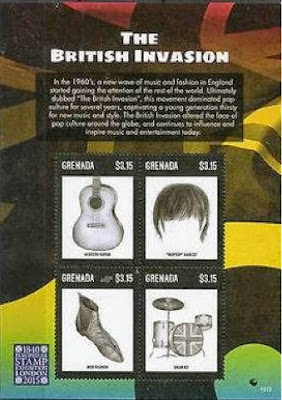 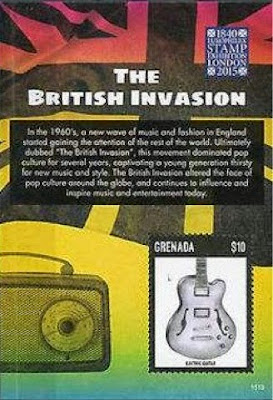 Stamperija released 10 sheetlets each of 4 different "stamps" and 10 accompanying miniature sheets with a stated "date of issue" of 22 April 2015 on the subject of "World of sport" - the individual subjects being tennis, cricket, table tennis, water sports, rugby, football, baseball, cycling, golf and Formula 1 motor racing. The country whose name was printed on these items is Maldives:- 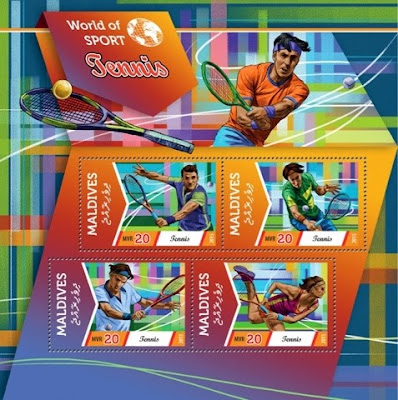 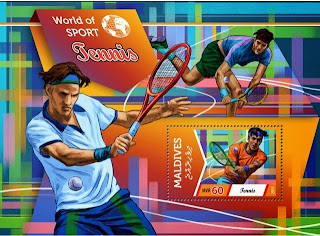 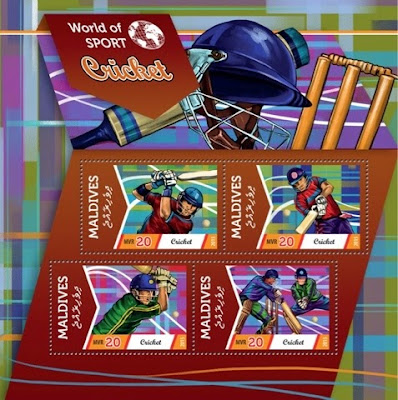 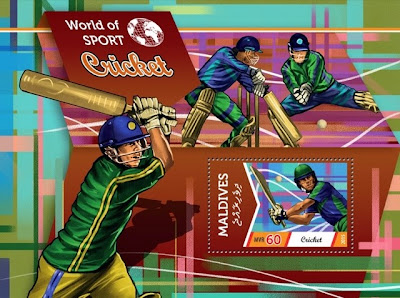 Stamperija has also produced 2 items on behalf of Mozambique to commemorate its participation in the Europhilex Stamp Exhibition 2015 in London. The curious designs depict a "British bulldog" - one item is a miniature sheet of 3 different stamps and the other is a miniature sheet containing a single stamp:- 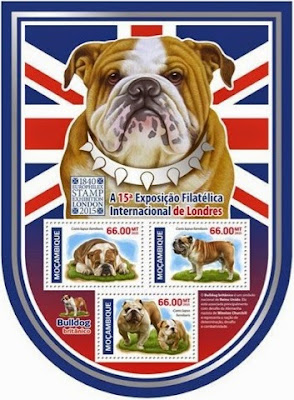 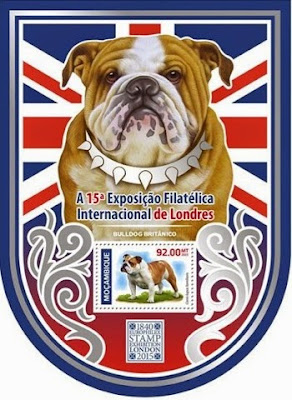 Stamperija has also produced 2 further items connected to the Europhilex exhibition with the name of Solomon Islands printed on them - a sheetlet of 4 different "stamps" and an accompanying miniature sheet which commemorated the 175th anniversary of the Penny Black:- 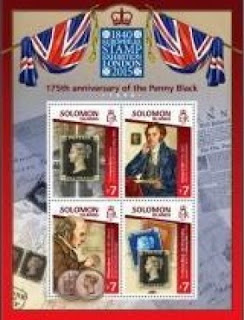 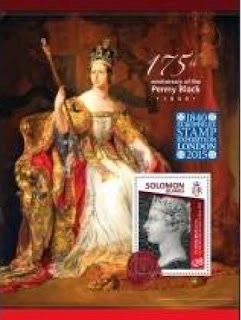