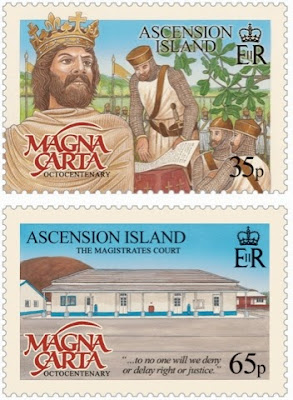 I very much like the new omnibus set of 20 stamps which has just been announced by Pobjoy Stamps which will be issued on 21 June 2015 by 5 participating territories - Ascension Island, Bahamas, British Virgin Islands, Falkland Islands and Tristan Da Cunha. The set marks the 800th anniversary of Magna Carta and the designs cleverly combine locally relevant subjects - local Magistrates' Courts, Houses of Assembly, local commemorative coins and so on - and historic depictions of the scene at Runnymede in 1215 with Bad King John setting his seal to the Great Charter.
As ever with Creative Directions/Pobjoy Stamps are extremely interesting and inform the collector about both the subject featured and the territory which is issuing the stamps and of course each set is sensibly priced and not at all excessive in number of items which make up the set. Yet again, a highly collectable set of issues to add to one's collection. The designs are by Derek Miller and I like them particularly because that old villain King John gets to put in an appearance on them (see Blog 503) unlike the new Royal Mail stamps (see Blog 556):- 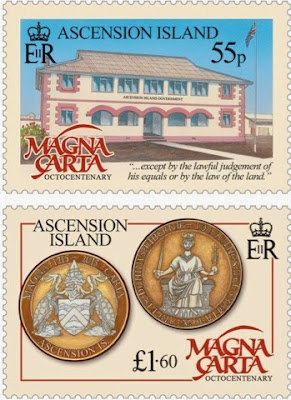 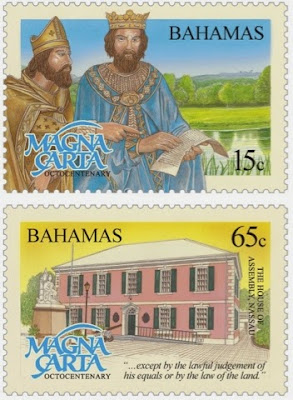 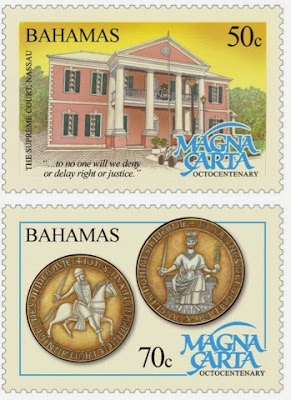 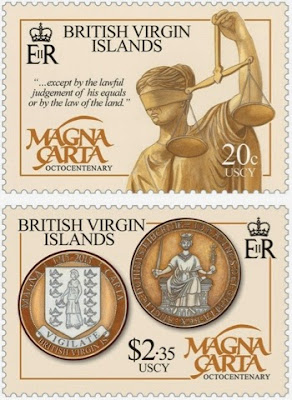 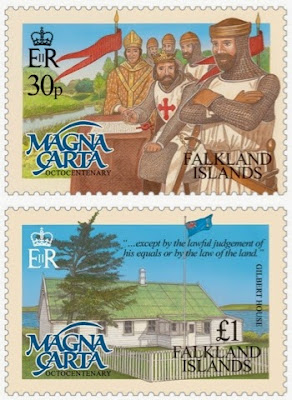 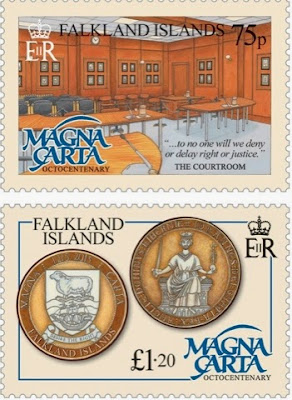 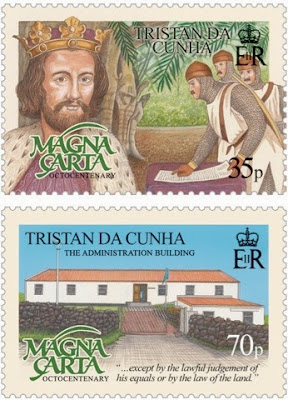 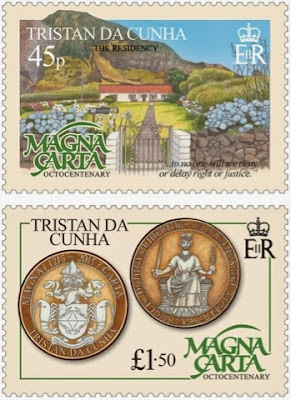