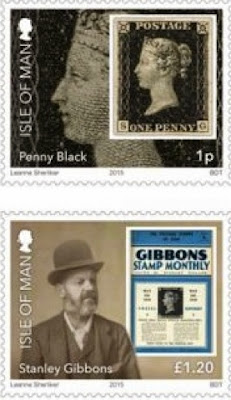 Isle Of Man Post will issue a set of 6 stamps on 17 February 2015 to commemorate the 175th anniversary of the world's first adhesive postage stamps, the Penny Black and the Twopenny Blue. Strangely the issue will also commemorate a less notable anniversary - the 175th anniversary of the birth of the British philatelic dealer, Stanley Gibbons. The issue was designed by Leanne Sherliker and lithographed by BDT International. The £2.30 value suitably depicts a Penny Black used on a cover to an address in the town of Ramsey and the £1.60p also depicts a Mulready cover (an item of pre-paid postal stationery issued along with the Penny Black) to an Isle Of Man address in Douglas:- 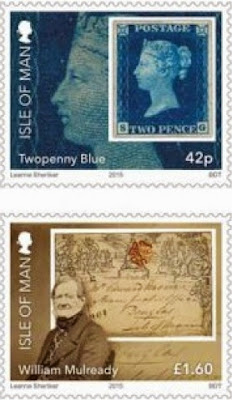 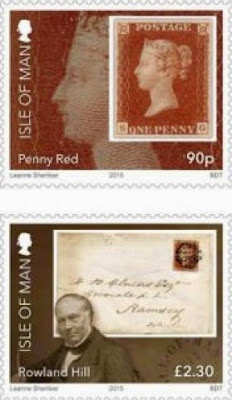 India Post issued 2 stamps and 1 miniature sheet on 8 January 2015 to commemorate the centenary of Mohandas Gandhi's return to India in 1915 after spending 21 years in South Africa where he developed his political views and leadership skills:- 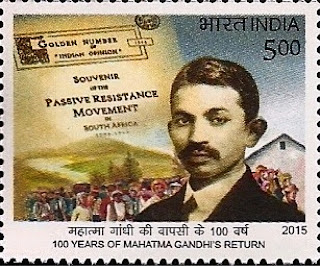 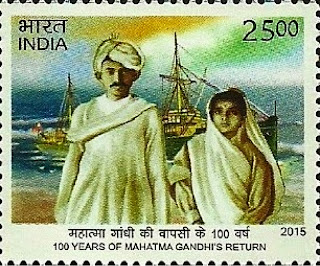 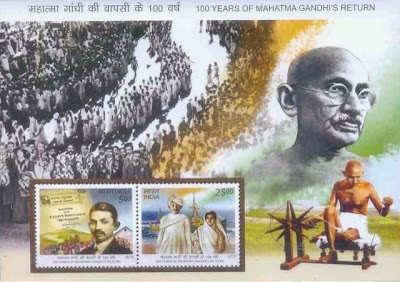 In Blog 506 I depicted the Collector's sheet issued by Singapore Post on 9 January 2014 to commemorate  the Lunar New Year which is the Year of the Goat. I now depict the set of three stamps  issued along with the sheet :- 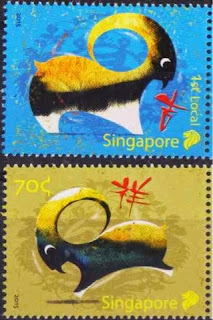 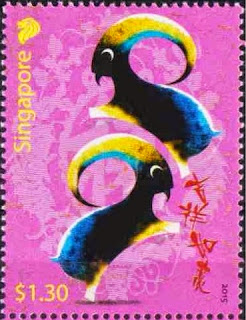 Pos Malaysia will issue a set of 3 stamps and 1 miniature sheet on 20 January 2015 as the second part of its ongoing Medicinal plants series. The issue was designed by Reign Associates and printed in lithography by Malaysia Security Printers:- 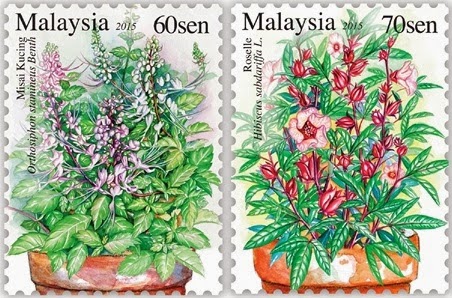 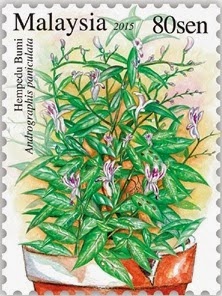 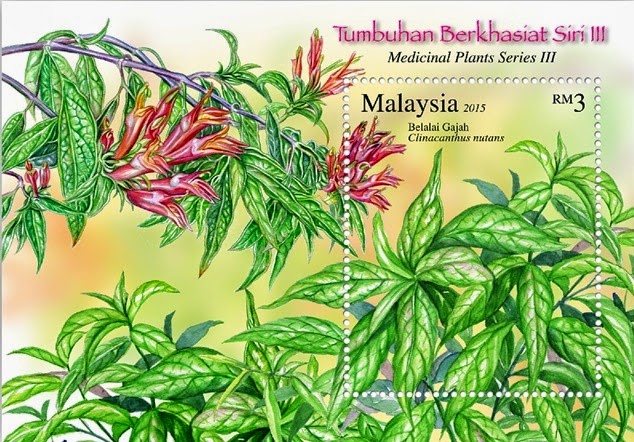