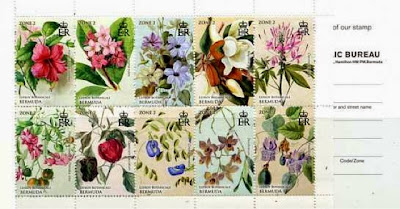 In Blog 510 I mentioned the new Bermuda Post Office "Zone 1" rose definitives and in addition another 10 stamps have been released with a "Zone 2" value. These very attractive stamps are sold in a booklet and depict various local flowers. I think the date of issue was 16 October 2014:- 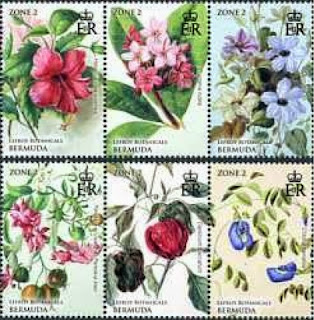 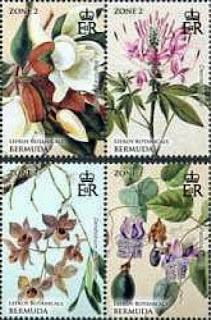 Fiji Post issued 4 stamps which depicted local churches for Christmas 2014. The designs depict the Temple of the The Church of Latter Day Saints in Samabulain Suva (40c), the Anglican Church of The Redeemer in Ovalau in Levuka (65c), the Baker Memorial Methodist Church in Davullevu in Nauturi ($3) and St. Xavirr Catholic Parish Church in Navunibitu in Ra ($10). Presently I have no other details of the issue:- 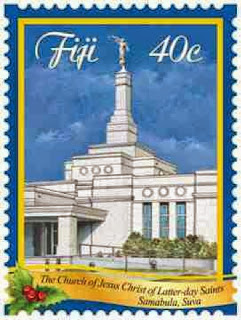 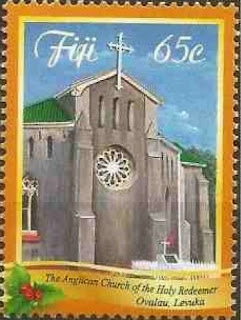 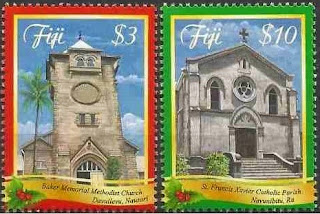 In Blog 508 I mentioned the new £5 definitive stamp from Jersey Post which features an embossed hologram of the Jersey arms and I now include an illustration of the stamp below:- 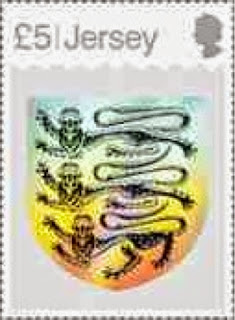 Ho hum. Yet more philatelic items from Stamperija. This time they are inscribed "Solomon Islands" and are said to have been "issued" on 28 November 2014. As usual the issue consists of 10 sheetlets each of 4 different "stamps" and 10 accompanying miniature sheets - this time the various subjects depicted are:- Owls, Turtles, Lighthouses, Mushrooms, European high speed trains, Dolphins, Dinosaurs, Butterflies, The Concorde and Australian ships. The total face value of this outpouring is $420 (Solomon Islands dollars) equal to £36.39p. Therefore, so far for 2014, Stamperija has produced 352 "stamps" and 88 miniature sheets, a total of 440 items, with the name of Solomon Islands printed on them. 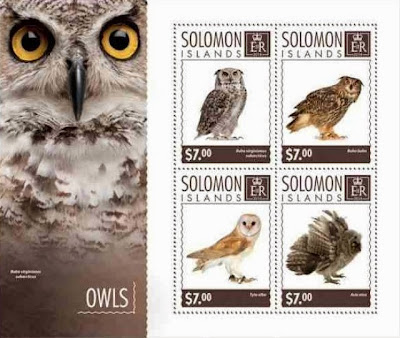 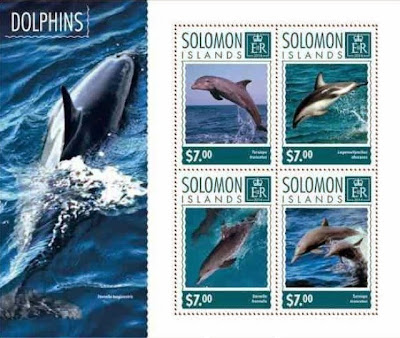