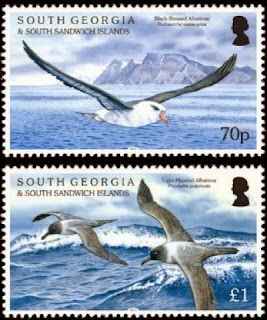 Once again Pobjoy Stamps/Creative Direction have come up with another beautiful set of stamps - a modest set of four values all of great local relevance but of general interest - in the form of an issue from South Georgia And The South Sandwich Islands on the subject of albatrosses. The excellent artwork used on the very attractive designs is by Nick Shewring and printing was by BDT in lithography. The date of issue will be 30 January 2015.
The postal administrations of the British offshore islands with their disastrously excessive and irrelevant stamp issues could take lessons from Pobjoy on what sort of new issues to release to make collectors really enjoy and want to buy their stamps. Perhaps such input might help to play a role in reducing their financial losses more effectively than their current approach to stamp collectors. 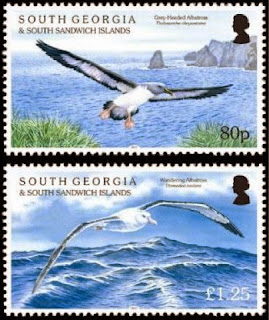 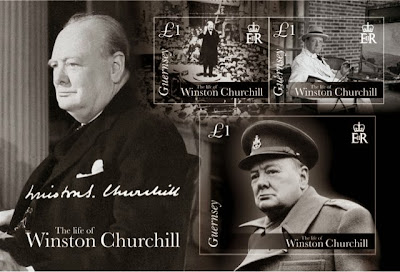 Guernsey Post will issue a miniature sheet containing 3 different stamps on 22 January 2015 to commemorate the 50th anniversary of the death of the former British statesman, Sir Winston Churchill. The sheet was designed by Two Degrees North and lithographed by Lowe-Martin.

Guernsey will also issue its first "Post And Go" labels as exhibition souvenirs at Spring Stampex in London on 18 February 2015. The design depicts the Guernsey flag and the dispensed strip of labels includes 6 different values. There appears to be no machine situated in Guernsey from which members of the Guernsey public can obtain these labels and so until these labels can be obtained from a local machine I shall view them as nothing more than exhibition souvenirs dispensed in a foreign country where they are not valid for postage and consequently not bother to add them to my collection.

An Post, the Irish postal administration, issued a se-tenant pair of stamps on 7 January 2014 to commemorate the 50th anniversary of the BT Young Scientist competition which is held annually in Dublin and The Science Gallery in Trinity College which is a public science centre. The pair was designed by Detail and lithographed by Irish Security Stamp Printing Ltd:- 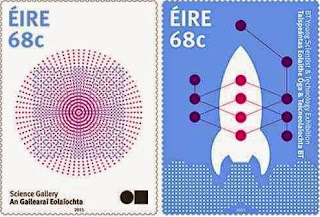 Pakistan Post issued 2 sets at the end of December 2014. The first was released on 25 December 2014 and consisted of 2 stamps and 1 miniature sheet. This was a joint issue with Ukraine and was on the subject of monuments and ancient cultures - one depicted aspects of ancient Ukraine culture and the other depicted artifacts from Moen Jo Daro:- 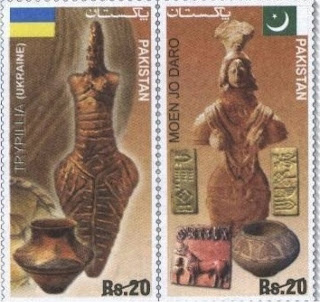 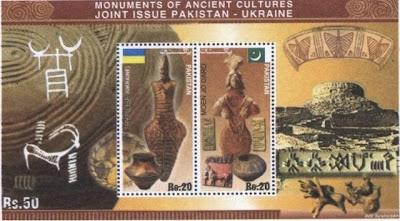 The second issue consisted of a single stamp which commemorated the 14th National Scout Jamboree and was released on 23 December 2014. The stamp was designed by Adil Salahuddin and lithographed by Pakistan Security sprinting Corporation:- 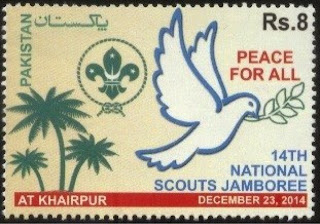 On 30 December 2014 India Post released its final new issue of the year in the form of a single stamp which commemorated the centenary of the birth of Baba Amte (Murlidhar Devidas Amte) who was a social activist and social worker known particularly for his work in the rehabilitation and empowerment of poor people suffering from leprosy:- 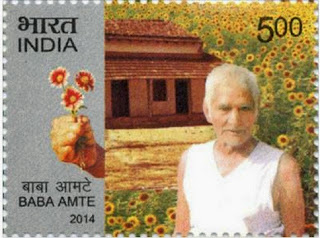 The first "Post And Go" stamps of the new year from Royal Mail will be issued on 18 February 2015 and will be on the subject of Working sail ships. These are very attractive stamps and I will be very pleased to add a "Collector's Set" from a machine located in my nearest post office as well as one of the usual Philatelic Bureau-sold packs, to my collection:- 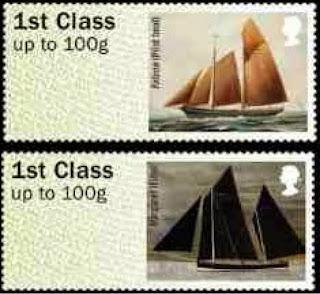 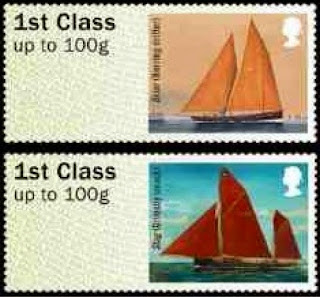 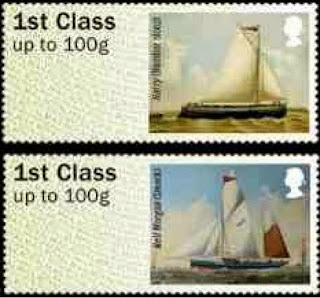 On the subject of British "Post And Go" stamps released during 2014, I was fascinated to read a remarkable comment in the indispensible Norvic Philatelics Blog in which the anonymous correspondent has identified that 361 values of "Post And Go" stamps were made available from Royal Mail during the year.Phew! What is rather terrifying about the figure is that this number does not include the issues from exhibitions or static machines. It does however include all combinations of values and designs from different sets rather than strips of 6 different stamps each with a different value as would be obtained in a "Collector's Set". The writer should be congratulated on identifying all of these varieties - he or she appears to have got to grips with the Schleswig-Holstein Question of modern British philately! (See Blog 442).