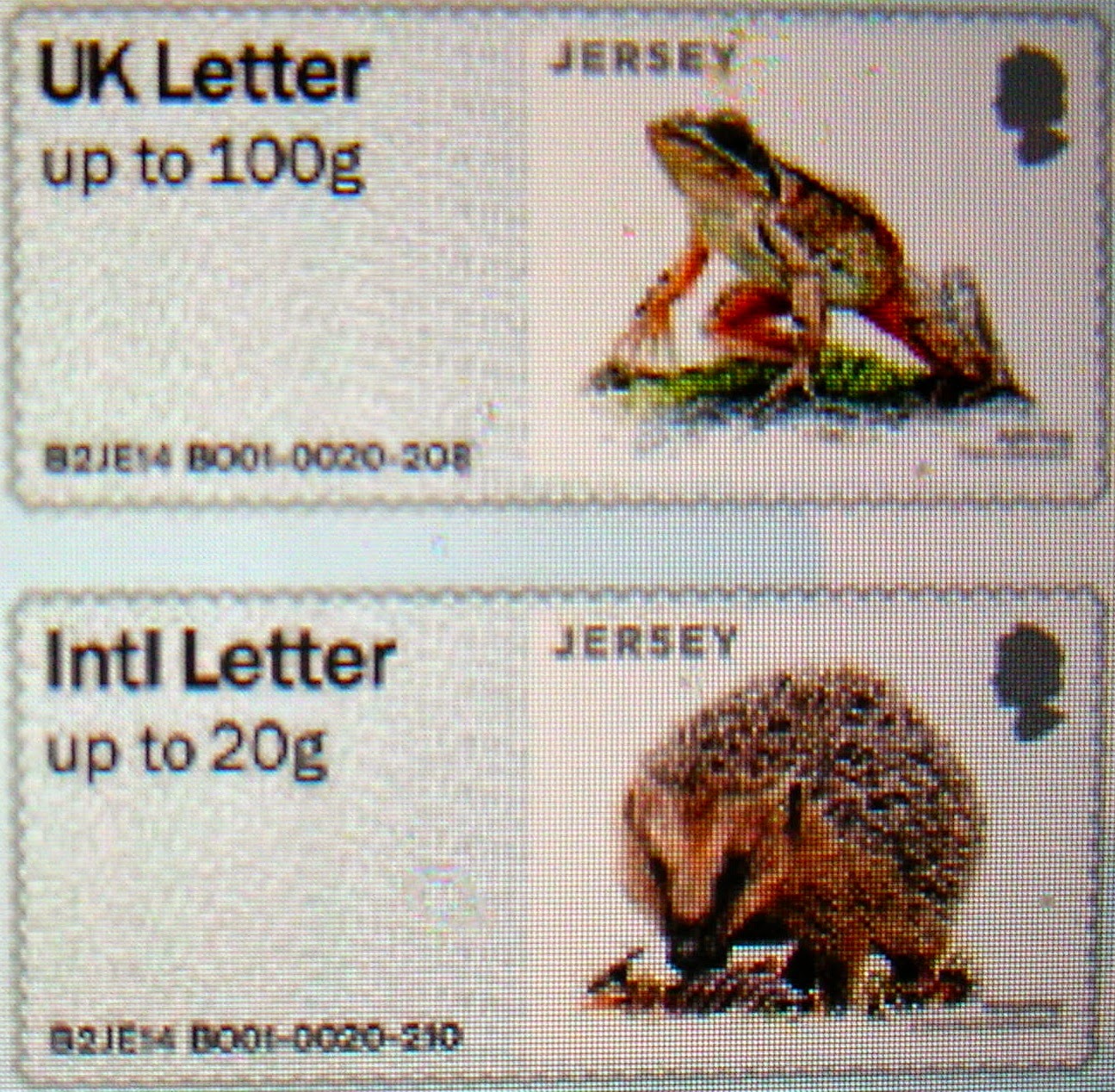 Jersey Post will issue 6 very attractive "Post And Go" stamps on 18 February 2015 which depict local wildlife species which are protected by Jersey's "Biodiversity Strategy". The artwork by Andrew Beckett depicts the puffin, the green lizard, the agile frog, the barn owl, the red squirrel and the hedgehog:- 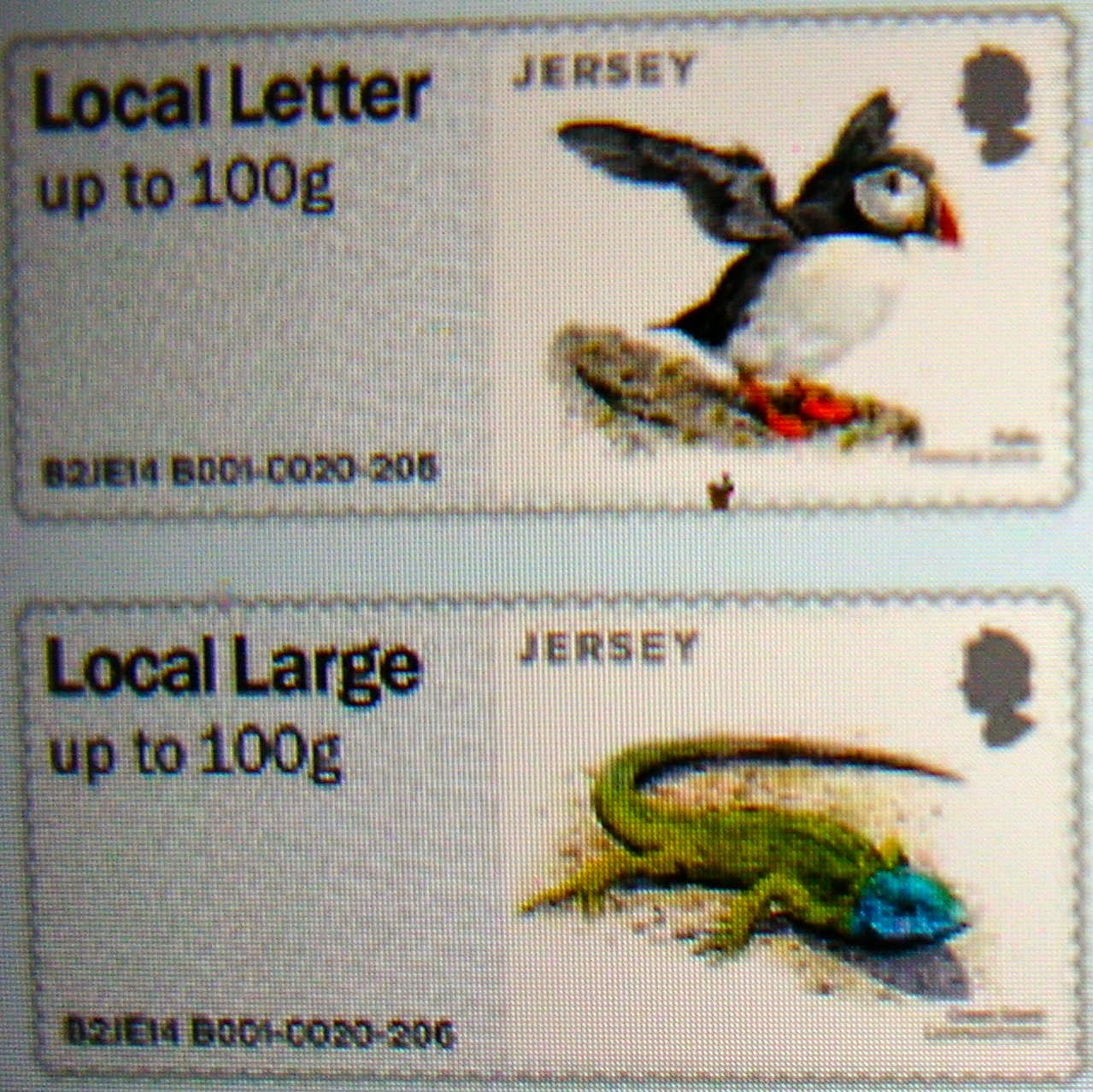 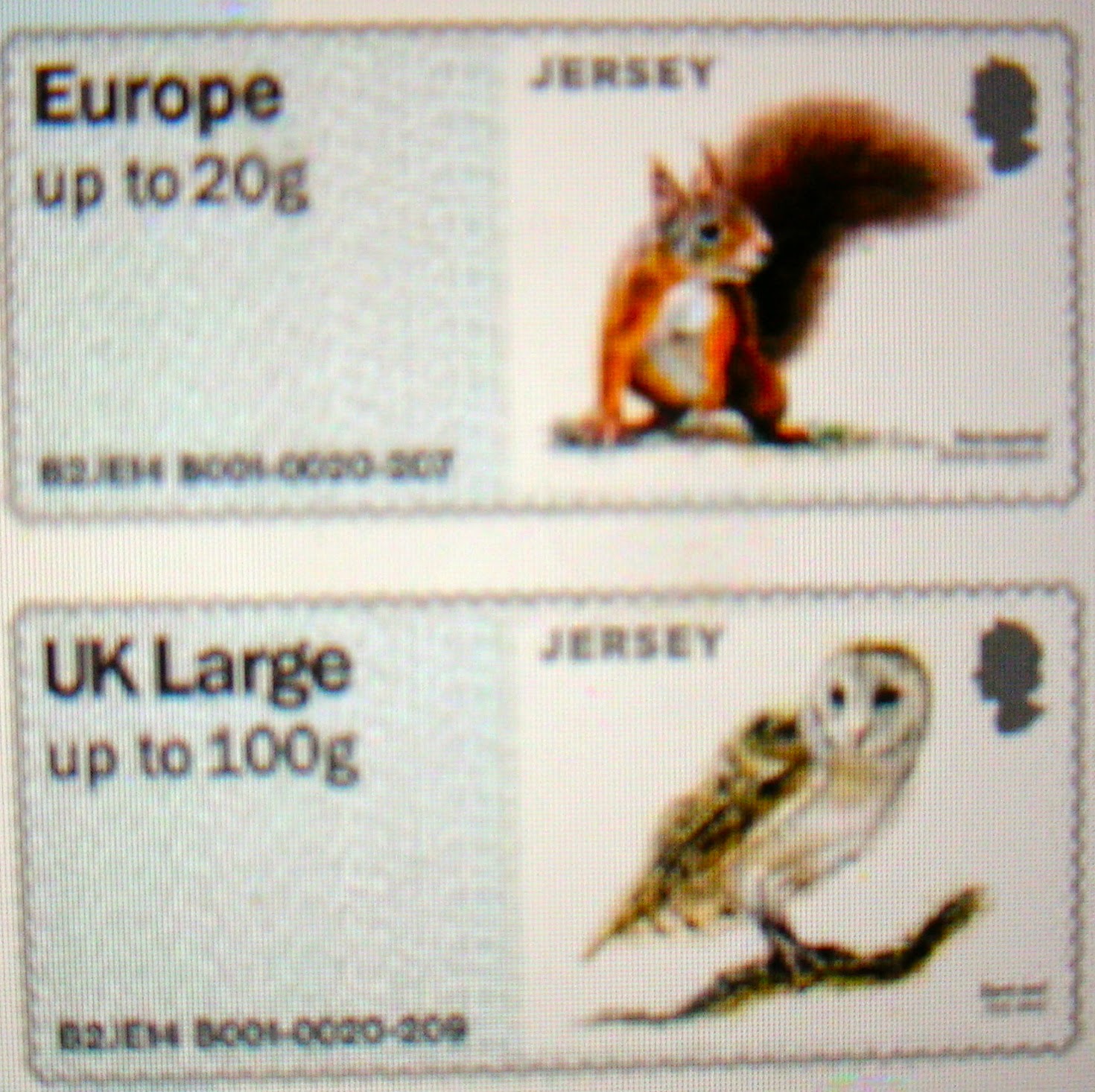 Jersey Post will also issue a new set of monochrome definitives which depict the Coat of Arms of Jersey on 19 February 2014. As well as the 10 values depicted below, ranging from 1p to £1, a £5 stamp will also be released on the same date which also depicts the national Arms and is said to be the first stamp in the world to feature a hologram effect which has been embossed:- 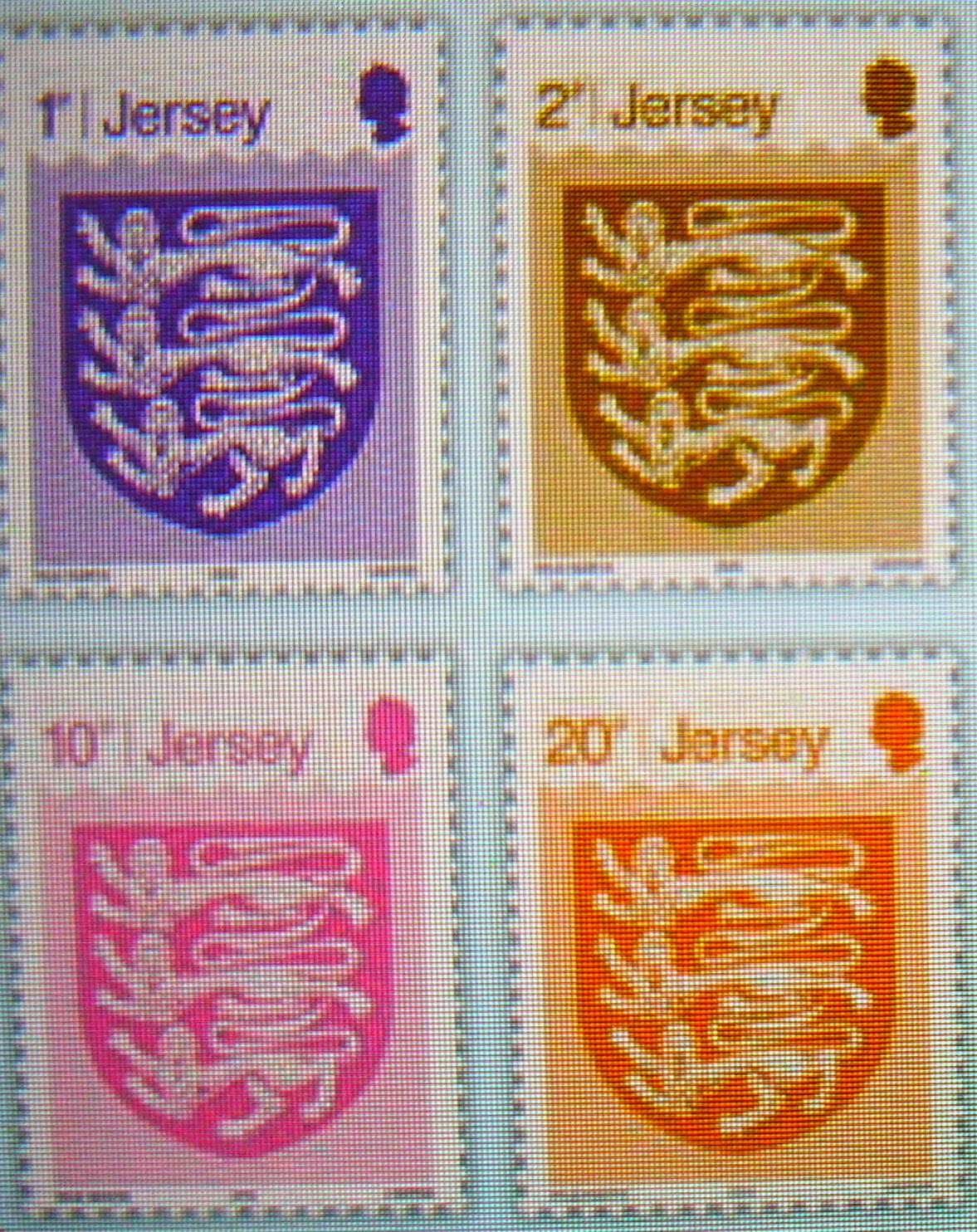 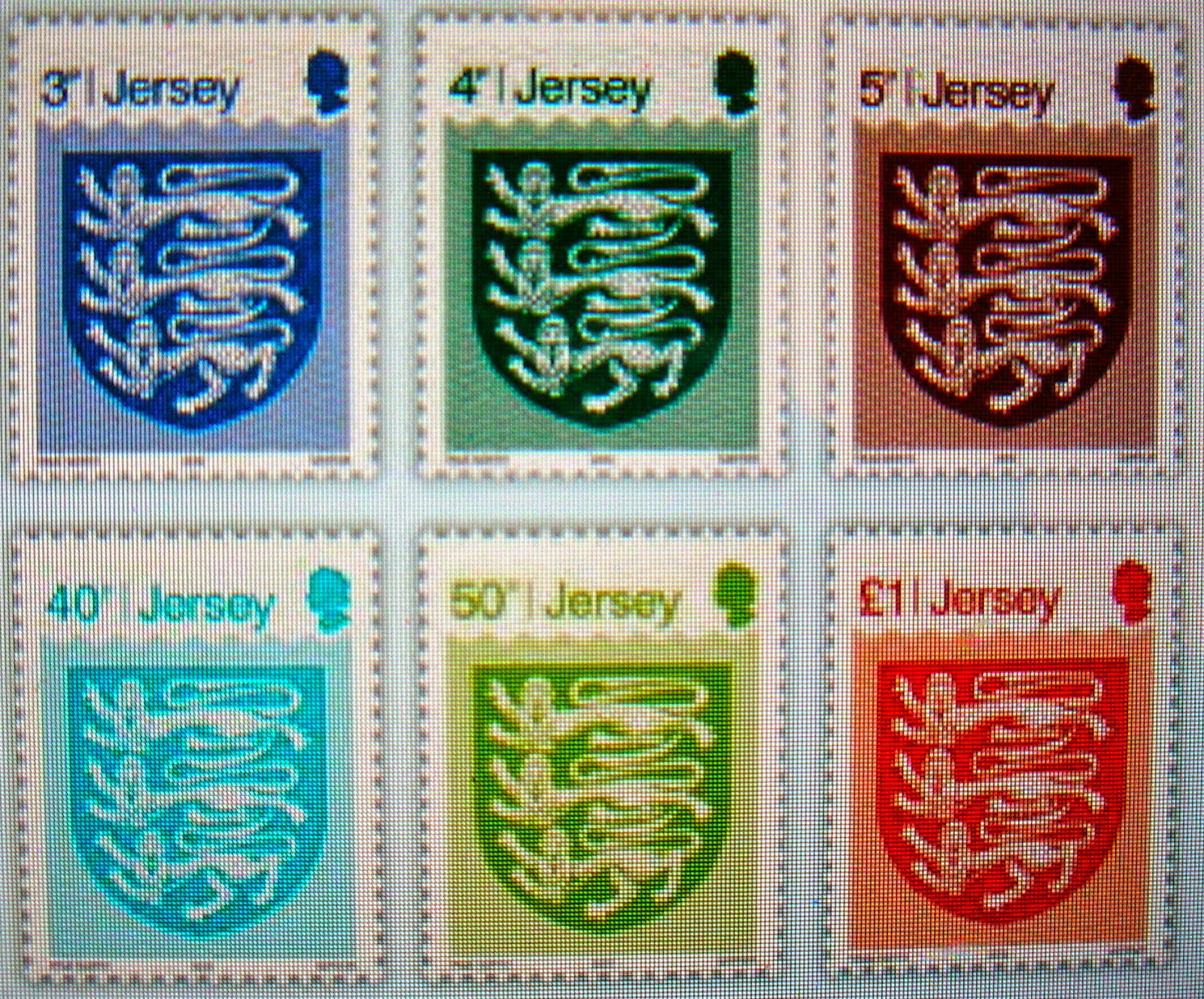 Australia Post will also release stamps featuring native wildlife -  on 13 January 2014. The set is comprised of 6 gummed stamps (4 x 70c and 2 x $1.40c), 1 gummed miniature sheet which contains all 6 stamps and 4 self-adhesive stamps (from $7 booklets of 10 x 70c and $14 booklets of 20 x 70c) (total face value of items $32.20c (£17.32). The featured creatures are the echidna, the common wombat, the grey kangaroo, the koala, the Tasmanian devil and the numbat. The issue was designed by Sharon Rodziewicz and lithographed by EGO. All of the animals featured in this set have appeared on Australian stamps before and it is not obvious to me why yet another issue of stamps depicting them is necessary:- 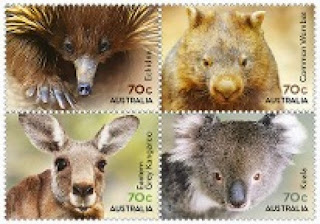 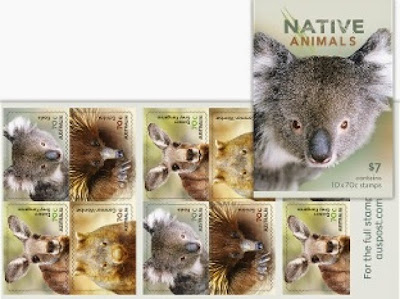 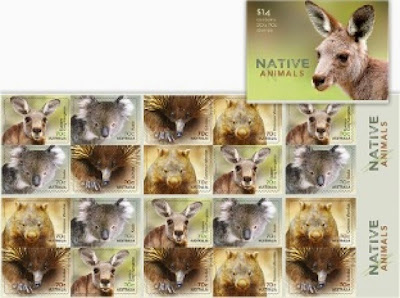 The total face value of stamps, miniature sheets and booklets issued by Australia Post so far in 2015  - that is - by 13 January, is £44.52p. As described in Blog 499J, the next Australian issues will be released 9 days later on 22 January and will be the "Australian Legends" issue plus a miniature sheet on the subject of the first Australian Victoria Cross to be awarded to an Australian during the Boer War.

On 22 December 2014, Maldives Post published an invitation to printers to express an interest in printing postage stamps for the postal administration. Maldives Post requires 250000 stamps in 5 designs (50000 of each) all with a face value of 15 MVR apparently for use as postcard stamps. Included in the specifications were that the stamps be printed in sheets of fifty, that they be printed on special "high white" stamp paper with PVA gum and and that each stamp includes a micro print reading "Maldives Post" as a security feature. The prescribed size of each stamp was to be 40 x 25.715 mm and no other size would be considered since that was the size laid down for postcard stamps. The closing date for tendering was to be 20 January 2015.
This is very interesting. It confirms that even though Maldives Post allows Stamperija to produce philatelic items on its behalf these are generally not used on non-philatelic mail and instead Maldives Post orders its own stamps for practical postal usage such as stamps used on postcards sent by the country's numerous tourists. We have previously seen two examples of these (Blog 403) depicting a dolphin and a turtle but they have never been reported in the philatelic press. I have tried to make enquiries about such stamps with Maldives Post but my enquiries have not been responded to. It will be interesting to see these "real" postage stamps when someone who has visited the country or actually lives there offers them for sale. 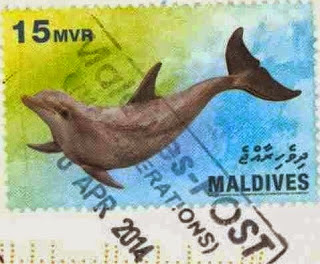 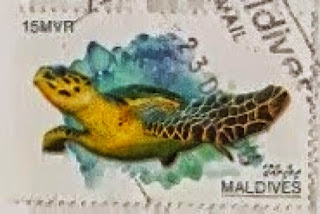