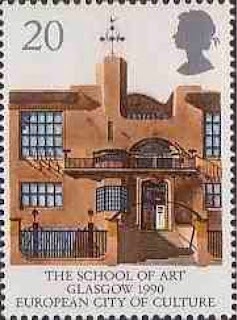 The important School Of Art building in Glasgow was severely damaged in a fire on 23 May 2014. The iconic building, considered to be a work of art in itself, was designed by Charles Rennie Mackintosh and completed in 1909. The building was eventually saved by the firemen who spent several hours fighting the fire. The building was commemorated on a British stamp issued on 6 March 1990 which was issued to note the award of the title of "European City Of Culture" to Glasgow. A second stamp was issued along with the School Of Art design which featured the Templeton Carpet Factory:- 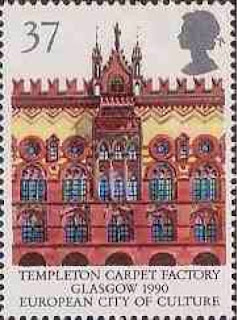 The remaining 2 stamps of the set were on philatelic subjects depicting Alexandra Palace in London where the "Stamp World Exhibition 1990" International Philatelic Exhibition was held and the Philatelic Bureau in Edinburgh which first moved to the city in 1966 although it has had 4 different addresses in that city since then:- 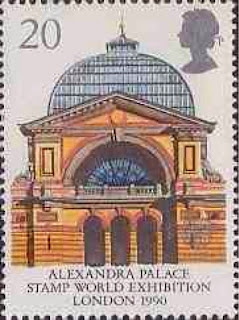 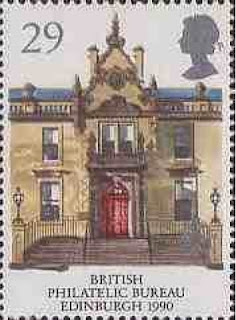 The illustrations show what an excellent set this was - pleasing artistic renditions of these interesting buildings instead of the photographic designs which are normally used in contemporary stamp issues. This set will be particularly noteworthy if Scotland votes for independence from The United Kingdom in September of this year since, presumably, the Philatelic Bureau of the British postal service will move from what will become the capital of a foreign country. This set depicts 2 institutions in Scotland, one of which came close to being lost by fire and the other which may move elsewhere but will both be forever recalled by postage stamps.
The two latest issues from Namibia are:-
A single stamp and accompanying miniature which were issued on 21 May 2014 with the title "My Namibia, My Country, My Pride". The design depicts a map of the country with the national flag overlaid on it:- 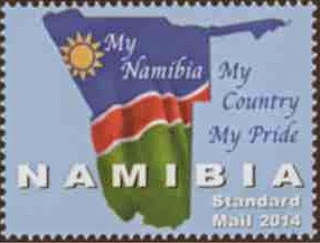 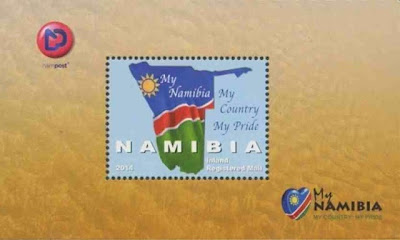 A set of 4 stamps to be issued on 27 May 2014 on the subject of Antelopes. The set was designed by Helge Denker:- 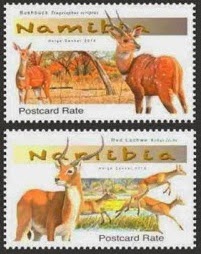 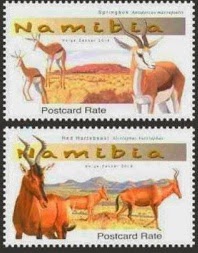 In Blog 411, I mentioned a new miniature sheet from Zambia, which commemorated the 50th anniversary of the Red Flag Canal in China and drew attention to the visit of the first President of Zambia, Kenneth Kaunda, to see the canal. It appears that a second miniature sheet, containing 4 different stamps was also released as part of this issue but the designs do not appear to have anything to do with Zambia so I certainly will not be bothering to add this second miniature sheet to my collection:- 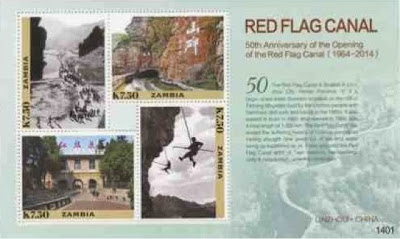 Malaysia issued a single stamp on 24 May 2014 which commemorates the link between Melaka in Malaysia and Jogjakarta in Indonesia. The stamp was designed by Reign Associates Sdn Bhd but was originally issued as part of the set of stamps which was issued to commemorate the 750th anniversary of the founding of Melaka and is now rereleased with an overprint applied to it:- 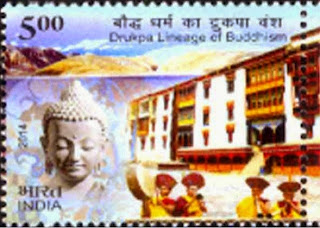