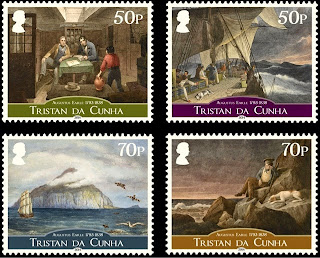 Tristan Da Cunha will issue a set of 4 stamps on 10 July 2014 to commemorate the artist, August Earle, who was born in London in 1793. In March 1818 Earle sailed from England for The United States which was to be the first leg of a round world journey in which he visited South America, Tristan Da Cunha, New South Wales, New Zealand, the Pacific area, India, Mauritius and St. Helena before returning home in late 1829.
In 1824, during his journey, Earle's ship was forced to anchor off Tristan Da Cunha during mid-Atlantic storms and while the ship was off Tristan Augustus went ashore in a boat with his dog and a crew member, Thomas Gooch. Inexplicably his ship, The Duke Of Gloucester, set sail 3 days later leaving Earle and Gooch on Tristan. At that time there were only 6 adults living on the island. Earle was stranded on the island for 8 months and passed the time tutoring some of the local children and painting various aspects of the island and island life.
Sixteen of Earle's works carried out on the island exist today and 4 of his paintings are depicted on these stamps.
After his return to England, Earle embarked on The Beagle with Charles Darwin in April 1832 but ill health forced him to disembark at Montevideo. He died in London on 10 December 1838.
I particularly like the 70p value which depicts "Solitude", a self-portrait of Earle on Tristan watching the horizon at sunset looking for the sails of a ship which would take him off the island. Beside him is his faithful dog giving his master much needed company on that isolated island.
One issue I seem to have overlooked from 2013 is a sheetlet of 4 stamps and 1 miniature sheet produced for Nevis on the subject of "Caribbean insects". As subject matter the depiction of a rather unpleasant-looking "Biting Black Fly" seems destined to put off potential tourist visitors to Nevis - who wants to visit an otherwise lovely island which publicises a creature with a name which suggests they could well fall victim to a nasty bite from the thing? Though one good point about the stamp design is that the biting black fly depicted there does look as though someone has already swatted it! 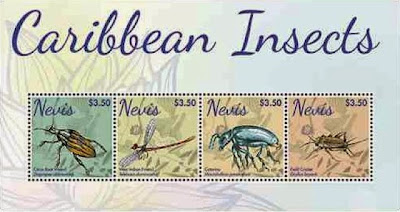 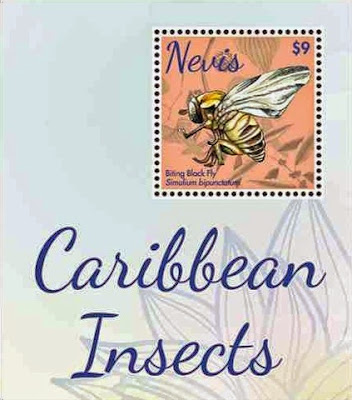 Malawi issued 10 stamps and 1 miniature sheet on 25 April 2014 on the subject of Lake Malawi:- 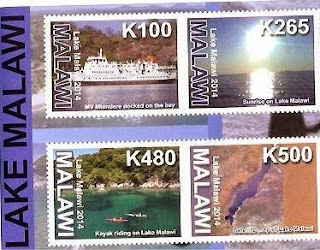 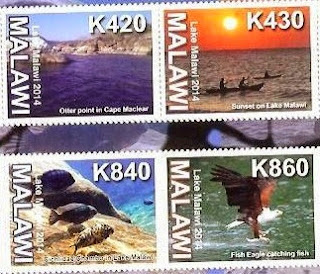 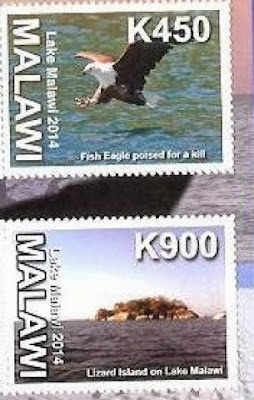 India released 2 stamp issues on 30 April 2014. The first commemorated the 50th anniversary of the Govind Ballabh Pant Hospial in Delhi:- 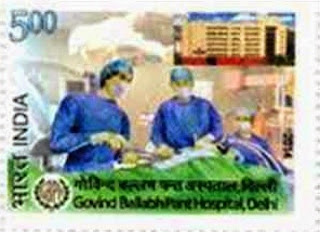 while the second issue commemorated the 90th anniversary of the death of the sage and author, Chattampi Swamikal, although the design erroneously labels him as "Chattampiswamikal":- 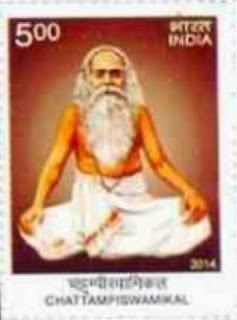