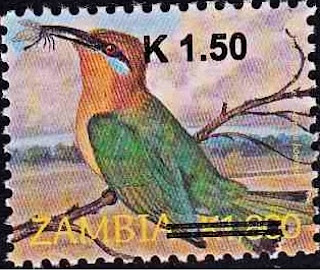 A seller on the Delcampe Auction site, Acr4Preston, is currently offering for sale a number of new surcharged stamps from Zambia, the date of issue of some of them being given as 2 May 2014. There appear to be 8 new stamps as depicted above and below and 3 of them have also appeared with their surcharges inverted as shown:- 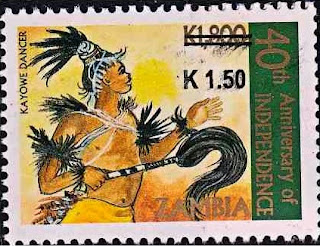 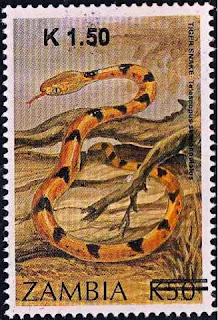 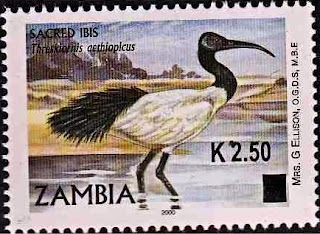 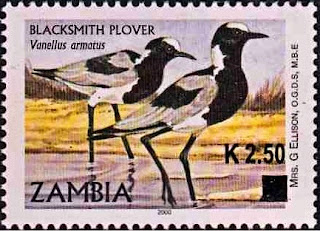 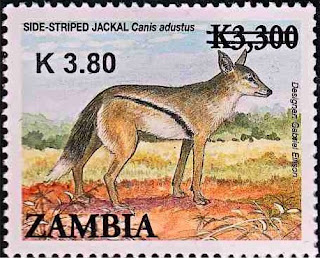 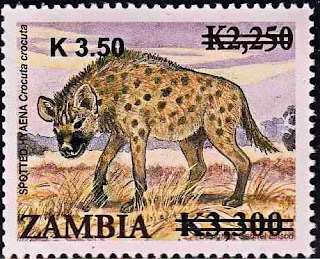 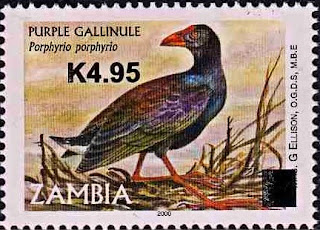 Another seller, Gazmito, is offering a new miniature sheet for sale on the same auction site which appears to be another one of those issues which celebrates diplomatic relations between The People's Republic Of China and another country, in this case Zambia. The specific event commemorated by the issue as described on the sheet is the 50th anniversary of the Red Flag Canal in China although it appears to actually be about  a visit of the first President of Zambia, Dr Kenneth Kaunda, to China with the date of a specific visit to the Red Flag Canal being given as 25 February 1974 - 40 years ago. The canal is 71km long and the construction of the main channel was completed in 1965 - that is - 49 years ago and so whether this miniature sheet with its rather ambiguous wording is commemorating the building of the Red Flag canal itself (almost 50 years ago) or President Kaunda's visit 40 years ago (but erroneously described as 50 years ago) I am not quite sure:- 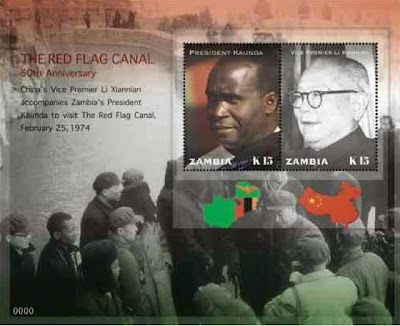 The latest issue from South Africa is a booklet of 10 (2 x 5 different designs) self-adhesive stamps on the subject of "The Big Five" - the 5 big animals which tourists on safari like to spot). The booklet is accompanied by a miniature sheet. The date of issue was 9 May 2014:- 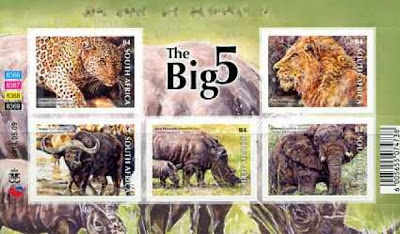 Bermuda issued a set of 4 stamps on 15 May 2014 to commemorate the 60th anniversary of the Bermuda Audubon Society. All 4 designs feature the Eastern Bluebird (depicted below).
The next Bermudan stamp issue is due for release on 17 July 2014 and is the first part of a new definitive series on the subject of "Bermuda in Bloom". 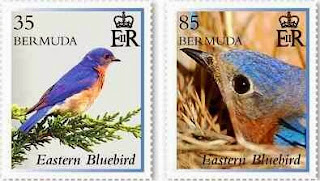 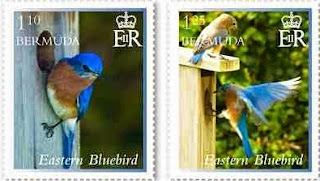 Hong Kong China issued a set of 4 stamps and 1 miniature sheet on 15 May 2014 to commemorate the International Day of Families. The issue was designed by Mou Pui-Kay and Leung Pak-Keung and printing was carried out in lithography by Enschede:- 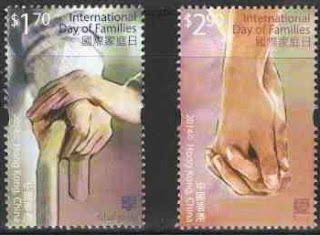 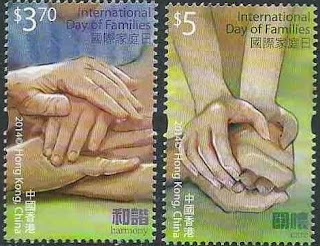 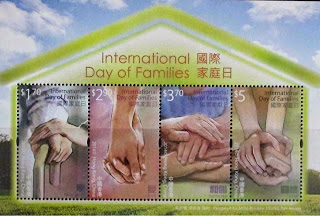 Pakistan released 1 stamp on 14 May 2014 to commemorate the 150th anniversary of Forman Christian College, Lahore in Punjab. The stamp was designed by Naveed Asan and lithographed by Pakistan Security Printing Corporation of Karachi:-

In Blog 393, I mentioned the sheetlet of 4 x 4 WWF stamps which has been issued by Nevis on the subject of the Caribbean Reef Shark (depicted below). The issue date was 2 April 2014. A miniature sheet of 2 x 4 stamps has also been produced and I also illustrate the additional item below:- 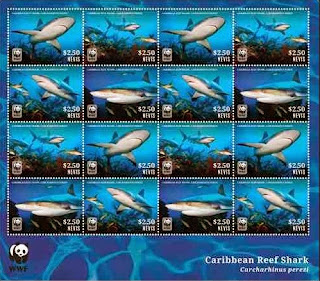 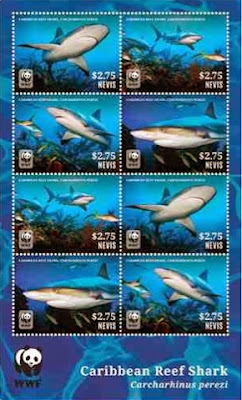 Similarly, the WWF Guiana spider monkey issue from Guyana has been produced in both of these formats. This issue was also released on 2 April 2014:- 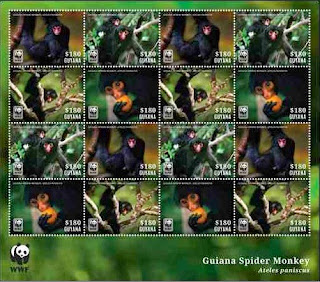 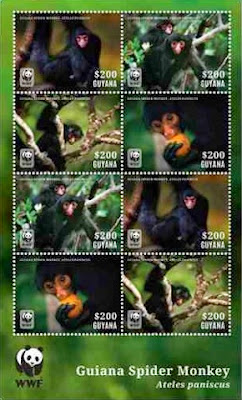 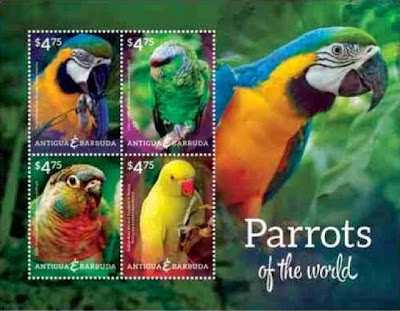 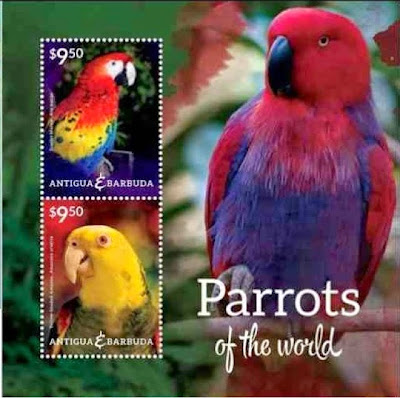 Guyana - Animals of Guyana - 1 additional miniature sheet to the sheetlet of 4 stamps and 1 m.s. featured in Blog 393:- 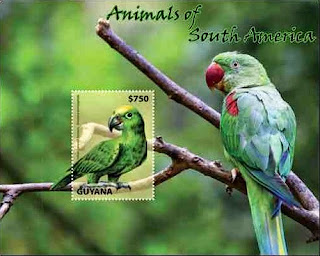 - Winter Games - 1 sheetlet of 4 different stamps. Guyana did not send a team to the Sochi Winter Olympic Games in 2014 (though its nextdoor neighbour, Venezuala, did, as did the Commonwealth Caribbean islands of Jamaica, Bermuda, Cayman Islands and Dominica (!)) and I doubt that any skiing takes place in Guyana so the reason for issuing this particular item must remain a mystery to us all:- 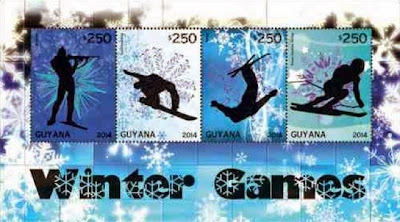