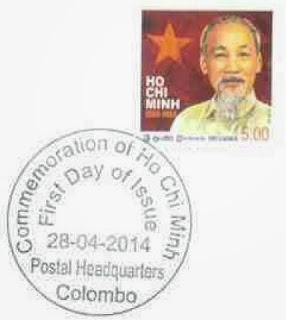 Sri Lanka issued a stamp on 28 April 2014 to commemorate Ho Chi Minh, the former leader of Vietnam who led the country to independence. After the August Revolution of August 1945 which overthrew the Emperor of Vietnam, Ho Chi Minh, who had lived in London from 1913 to 1919 and may have worked as a pastry chef under Auguste Escoffier at the Carlton Hotel, declared the independence of The Democratic Republic Of Vietnam on 2 September 1945. He became the Chairman of the Provisional Government and as the French forces there clashed with rival Vietnamese factions, the British commander in Saigon, General Sir Douglas Gracey, was forced to proclaim Martial Law there. Later in the month a large force of Nationalist Chinese forces arrived in Hanoi and Ho Chi Minh agreed to a coalition government but afterwards the Nationalist Chinese reached a settlement with the French and Ho Chi Minh was forced to agree that Vietnam become an autonomous state within The Indochinese Federation and French Union.
On 19 December 1946 Ho Chi Minh declared war on the French Union which eventually ended with the crushing of the French forces at the Battle of Dien Bien Phu in 1954 and the establishment of the Communist-ruled state based in Hanoi. More than 1 million Vietnamese fled to South Vietnam to escape the Communists. The Viet Cong began an uprising against the government of South Vietnam and in 1959 the North Vietnamese invaded Laos and established supply routes known as the Ho Chi Minh Trail through Laos to the Viet Cong.
By early 1965, US troops began to arrive in South Vietnam to support the South Vietnamese government and fighting escalated sucking the Americans into a war which they eventually lost when Saigon was surrendered to the North Vietnamese forces on 2 May 1975. Ho Chi Minh did not live to see the victory of his forces because he died on 2 September 1969 from heart failure at the age of 79 and his embalmed body was put on display in a Mausoleum in Bah Dinh Square in Hanoi. Saigon, the capital of the defeated South Vietnam, was renamed Ho Chi Minh City and the two Vietnams were united as a single country,The Socialist Republic Of Vietnam, on 2 July 1976. 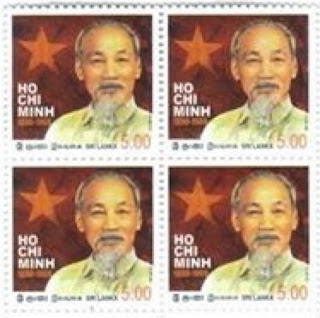 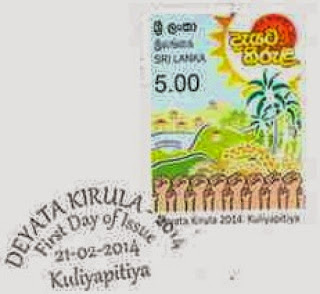 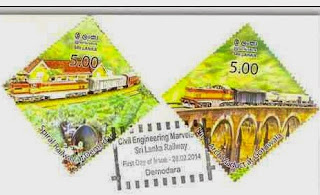 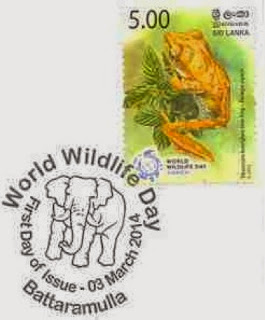 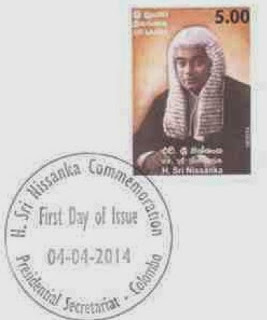 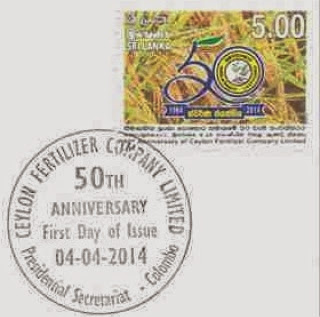 In Blog 387 I wrote about an issue of "stamps" produced by Stamperija with the approval of The Solomon Islands postal administration by which the grand total of philatelic items released by the agency for the territory during 2013 had reached 617 stamps and miniature sheets. I added rather foolishly that "This is probably the last issue of "stamps" for 2013 with the Solomon Islands' name printed on them". I was wrong. Clearly Stamperija was not satisfied with the amount of money it made out of that little lot so the agency has announced yet another set of "issues" for 2013 - another 9 sheetlets each containing 4 different "stamps" and each accompanied by a corresponding miniature sheet. The "date of issue" is given as 29 November 2013 (although the illustration below shows a first day cancellation of 22 November) and the various subjects this time are:- Lighthouses, Nelson Mandela, Water Dinosaurs, the Solomons White Ibis, Pierre de Coubertin, Richard Wagner the German music composer, Shells and Seabirds, Shenzou 10 Chinese space mission and the Birth of Prince George of Cambridge. Ho hum. 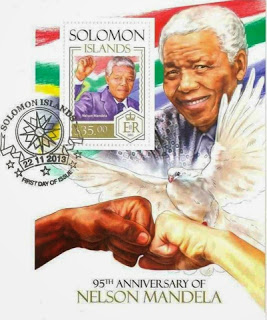 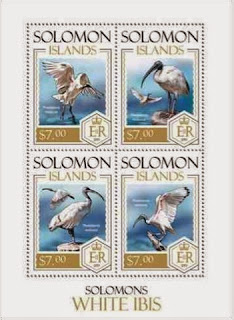 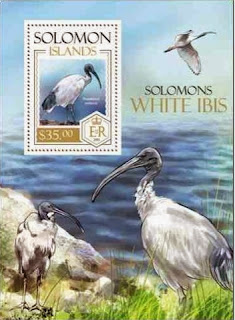 So, presuming that this really is the last "issue" of Solomon Islands for 2013, a total of 541"stamps" and 121 "miniature sheets" were produced in the territory's name giving a new grand total of 662 philatelic items. This falls quite a distance behind the 734 items produced by the same agency in the name of Mozambique so for 2013 at least Solomon Islands comes second in the list of greediest Commonwealth stamp issuing entities. I'm sure that if any postal officials in The Solomon Islands are actually aware of what has been produced in the country's name during 2013 they must be very proud of their achievement and not at all embarrassed by the national humiliation of seeing the country's name used in such a way. 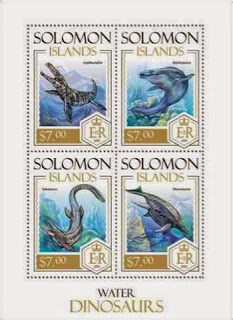 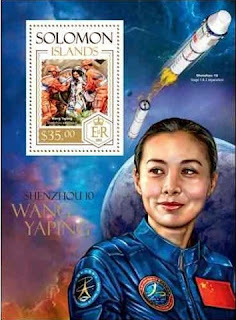