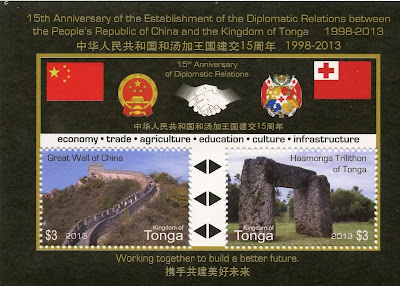 The Chinese People's Republic has produced an issue for yet another Commonwealth country - this time the South Pacific Kingdom of Tonga. Two miniature sheets were released on 2 November 2013 to commemorate the 15th anniversary of the establishment of diplomatic relations between Tonga and China. The sheets contain 2 different stamps and  one sheet features landmarks of China and Tonga while the second depicts Chinese aid to Tonga. Interesting. 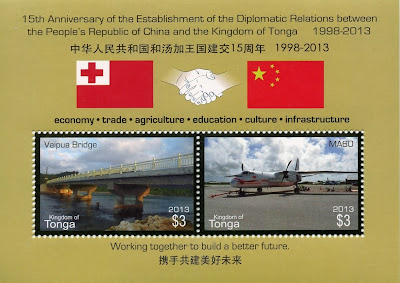 Meanwhile one of Tonga's neighbours, Australia, released its Christmas issue on 1 November 2013. the basic set comprises 6 stamps, 4 with "secular" designs (dull "Christmas decorations") and 2 "religious designs", attractive and meaningful modern illustrations of the Madonna and Child and the Shepherds and Star of Bethlehem. The religious designs are combined in a very attractive miniature sheet which depicts the Adoration of the Shepherds. The set was designed by Paul Newton and Lisa Christensen and lithographed on gummed paper by McKellar Renown and EGO. 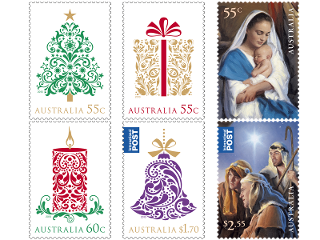 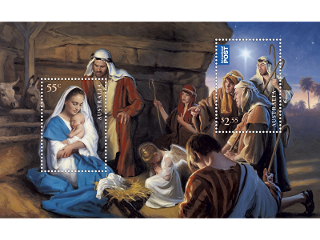 Unfortunately, it doesn't end there. There are also the self-adhesive versions which come in numerous formats - an $8.50 sheetlet containing 5 x $1.70 values:- 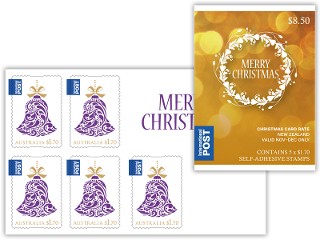 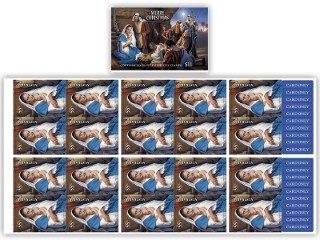 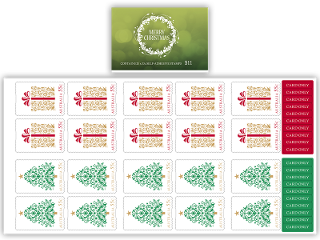 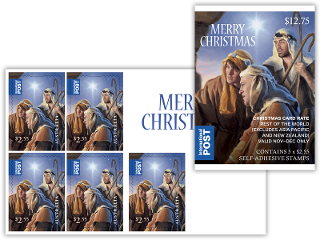 and then 2 sheetlets of 10 each of the 55c "secular" values printed in "embellished" format:- 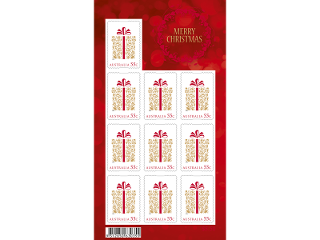 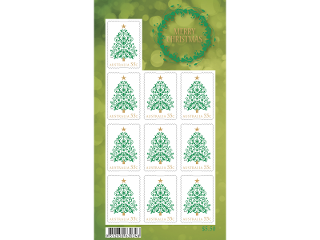 And it doesn't even end there; Australia Post has also issued 2 gummed stamps and a miniature sheet with the added inscription "Christmas Island" which are available from ordinary sheets but also appear in the form of a $9 sheet of the $1.80 value and as a $18 sheetlet of 10 x $1.80 stamps in, you guessed it, "embellished format". 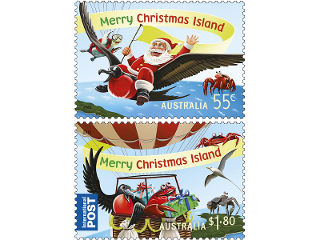 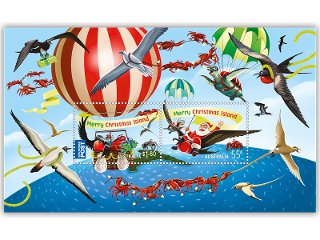 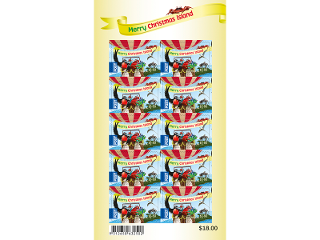 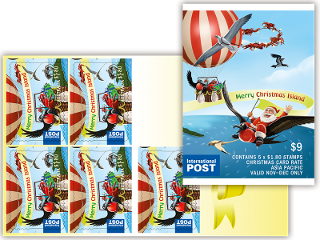 The Australia Christmas Island stamps were designed by Andrew Hopgood and lithographed by RA Print.
Australia Post has also announced that one of its first issues in 2014 will commemorate the Christening of Prince George of Cambridge. Suddenly Royal events seem to represent big profits for these postal administrations of countries whose politicians have in the past toyed with the idea of becoming a Republic. As for Royal Mail, I can't help but think that it will be unable to resist an issue which will be immensely popular, I'm sure, which will commemorate Prince George and I suspect that the child's recent christening with its associated photographic portraits will provide it with an excuse for such an issue. I suspect that it will say that it is giving in to "public demand for such an issue". We will see.