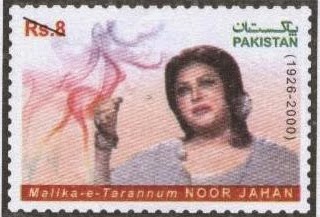 The most recent stamp issue from Pakistan commemorates Noor Jahan whom the Pakistan Post Office describe as a maestro of music. The stamp was released on 21 september 2013 and was designed by Adil Salahaddin and lithographed by the Security Printing Corporation in Karachi.
New Zealand Post has announced 2 forthcoming issues for use on Christmas mails in Niue and Tokelau. Each territory will issue a set of 4 stamps and an accompanying miniature sheet on 20 November 2013 and both issues were designed by New Zealand Post and lithograph printed by New Zealand Post Collectibles And Solutions Centre in Whanganhui:- 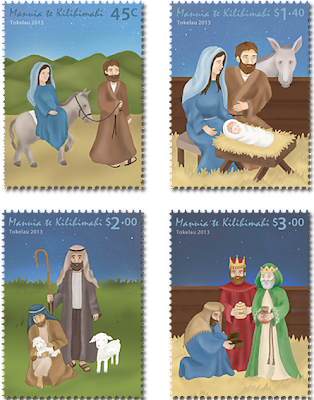 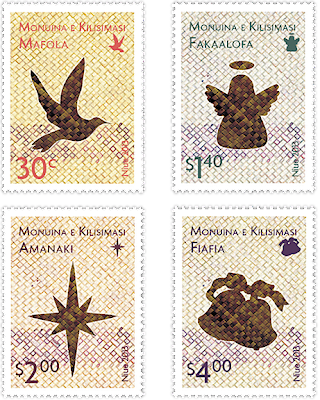 A number of issues for various Commonwealth countries have been announced by a large New York based philatelic agency but unfortunately none of the announced items seem to have any real link to the countries whose names appear on the products so I shall not be buying them for my collection. No doubt someone will find them interesting:-

Birds of The Caribbean region (species not necessarily found in Grenada) - 2 sheetlets, each of 3 different stamps and 2 single value miniature sheets;
Ships and shipwrecks - 3 sheetlets (1 consisting of 4 stamps depicting ships, 1 of 8 stamps depicting Rhett Butler and other illustrations relevant to the US civil war and 1 sheetlet of 12 stamps which depict ships of the period 1860 - 1870)