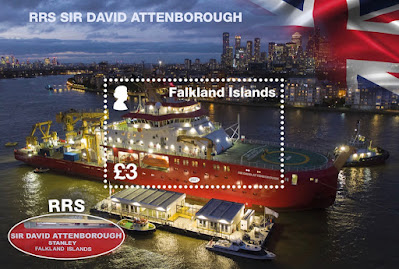 🇫🇰 The postal service of the Falkland Islands has announced the issue of a miniature sheet containing a single stamp on 11 December 2021 to commemorate the first visit of Boaty MacBoatface, more properly known as the RRS Sir David Attenborough, to Port Stanley. The issue was designed by Bee Design from a photograph of the British Antarctic Survey and was lithographed by Cartor and the stamp is perforated 13.5. A legendary and worthwhile issue even if the official name of the ship was not the people’s choice. Rating:- *****.

🇧🇼 Botswana Post issued a set of 4 stamps and 1 miniature sheet containing the four stamps on 30 November 2021 on the subject of Cheetahs in Botswana. The designs by Joseph Ebulu-Otim use the lovely artwork of Sarah Glendinning and the issue was lithographed by Southern Colour Print. Rating:- *****. 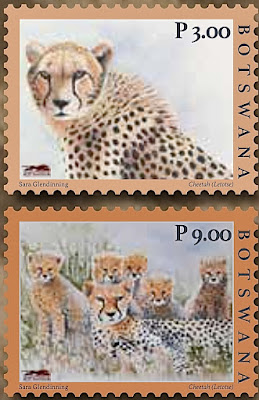 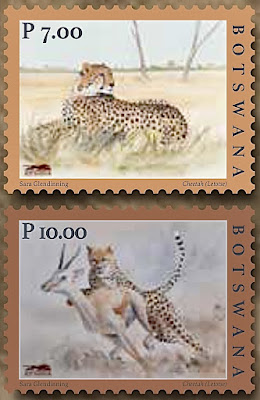 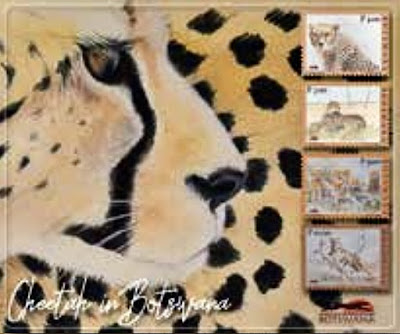 Ian Billings in his Norvic Stamps Blog, the essential guide to modern British issues, draws our attention to the latest edition of Philatelic Bulletin from Royal Mail which announces to an expectant world the news that the first ‘Great Britain’ issue of 2022 will be released on 20 January on the subject of the popular music group The Rolling Stones, old men who were famous 50 to 60 years ago. This is the sixth part of the increasingly tiresome Music Giants series which seems to have gone on for ever but no doubt there are equally old stamp collectors who will remember these elderly performers when they were young and scandalous and nostalgic feelings for a long lost youth may encourage them to buy these philatelic products. Ian estimates that the one-of-everything collector may be faced with a bill of £1000 given that there are so many paraphilatelic products being released as part of this issue.

I myself have not read the article as I have not renewed my subscription for the Bulletin which I find to be packed with drivel relating to the banal subjects now featured on Royal Mail stamps. Really there are better things on which to spend one’s money. The same goes for most Royal Mail new issues as well.