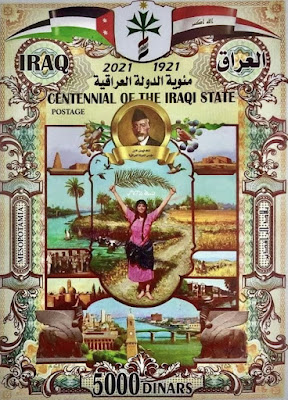 🇮🇶 Given the events of the first 20 years of this 21st century, the British involvement in the Middle East in the first part of the 20th Century has to be recognised as laying a road which lead directly to those events - wars and terrorist outrages - which haunted us most of all in the modern world before the COVID-19 pandemic took over as the present subject of our greatest concern. This involvement included setting up the State of Iraq, previously Mesopotamia, which this year commemorates its Centenary and the postal service of which has just released a stamp issue to celebrate this notable anniversary even though its hundred years of life have been frequently very troubled.

The early history of Iraq and the British involvement with it and the stamps associated with the period of British rule are covered in Blog 424 (16 June 2014) and I will not therefore cover old ground again here but the new stamps (1 stamp from a sheetlet of 16 and 1 miniature sheet), issued by the Iraq postal service on 20 December 2021, are indeed very colourful and attractive and make an interesting footnote to a collection of stamps covering the British imperial period which lasted from the period of military occupation in the First World War (starting with Basra in November 1914), through to the establishment of King Faisal I on 22 August 1921)  and then to the ending of the League of Nations Mandate on 3 October 1932 when Iraq became a fully independent state. The right hand border of the sheetlet includes a portrait of King Faisal. Rating:- *****. 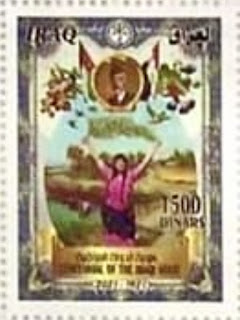 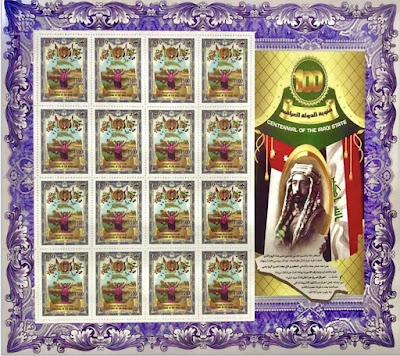 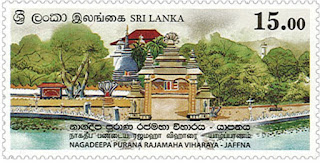 🇧🇩 The stamp issued by Bangladesh Post on 27 July 2021 (see Blog 1916) to commemorate the 50th Birthday of Sajeeb Ahmed Wazed Joy, the son of the country’s prime minister Sheikh Hasina and a prominent politician in his own right, was withdrawn from sale very quickly after its issue on the orders of Sheikh Hasina from an unknown reason. The stamp has now been reissued in a redrawn format as shown below (the upper illustration shows the redrawn stamp):- 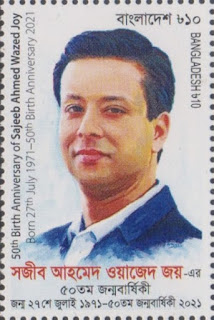 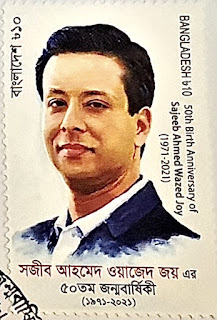