1992. 🇯🇪 Jersey Post Will Commemorate The Year Of The Tiger. 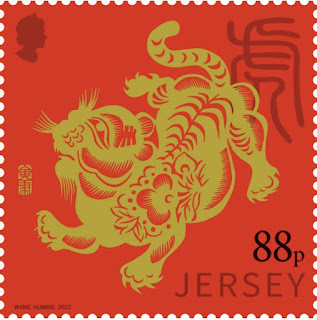 🇯🇪 Jersey Post will issue a single stamp in a sheetlet of eight and a miniature sheet containing a single £3 stamp on 4 January 2022 to commemorate the Chinese New Year, Year of the Tiger. The issue was designed by Wag Huming. The subject of course is of little direct relevance to the island of Jersey. Rating:- *. 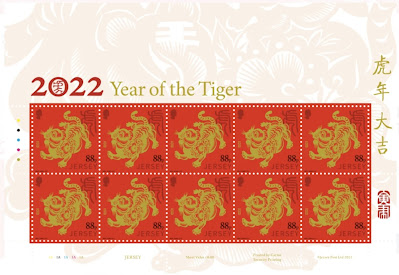 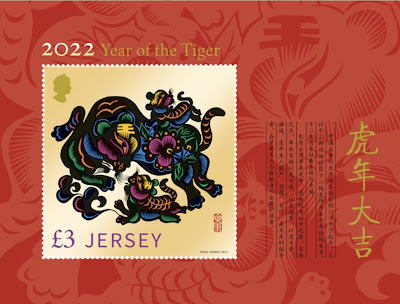 25th anniversary of the death of Diana Princess Of Wales

250th of the Royal Engineers

🇧🇩 Bangladesh Post issued a miniature sheet on 16 November 2021 to commemorate the contribution of foreigners during the War of Liberation against Pakistan. This item was subsequently withdrawn from sale. Rating:- *****. 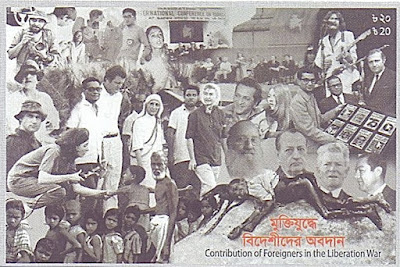 A single stamp was also issued on 18 October 2021 to commemorate the 57th anniversary of the Birth of Sheikh Russel who was murdered as a child when his father Sheikh Mujibur Rahman, known as the Father of the Nation, was assassinated and his family massacred. The stamp also commemorates the establishment of Sheikh Russel Day. Rating:- *****. 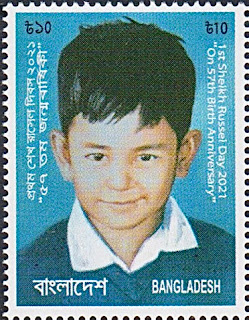 A single stamp was also issued on 6 December 2021 to commemorate the 50th anniversary of the recognition of Bangladesh as an independent state by India and Bhutan. Rating:- ****. 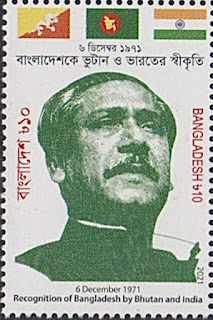 🇨🇦 The first issues of 2022 to be released by Canada Post will be:-
21 January - Black History month, Eleanor Collins
1 March - Flowers, Calla.
🇺🇬 It appears that the pair of stamps and accompanying miniature sheet which were thought to have been  issued by Posta Uganda on 17 December 2020 to commemorate the 65th Birthday of the Kabaka of Buganda were not actually issued until 1 February 2021 according to a price list Posta Uganda has sent out. This means that Posta Uganda did not issue any postage stamps during 2020 but is now known to have released an issue during 2021. 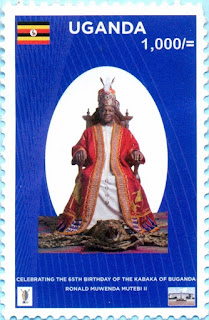 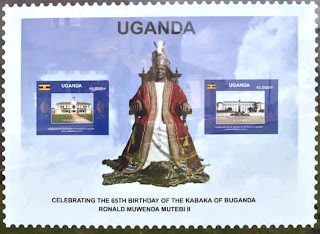