🇳🇿 New Zealand Post will issue a delightful set of 5 stamps and 1 miniature sheet on 4 March 2020 on the subject of Parakeets of New Zealand. This colourful and appealing set was designed by Tim Gharman and lithographed by Southern Colour Print and perforated 14. Rating:- *****. (NZ20.8 - 13). 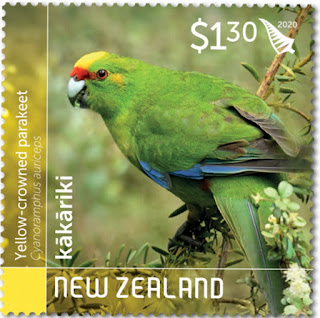 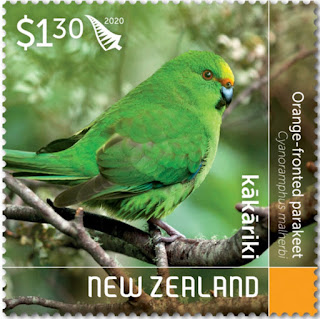 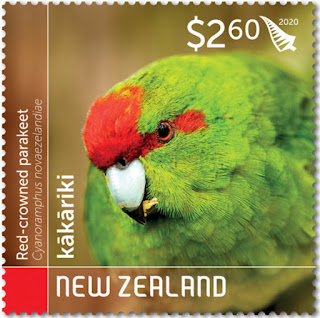 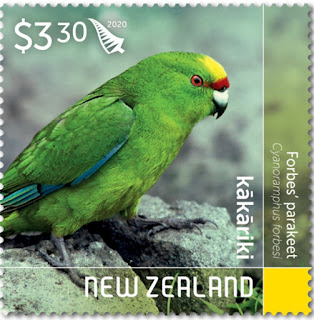 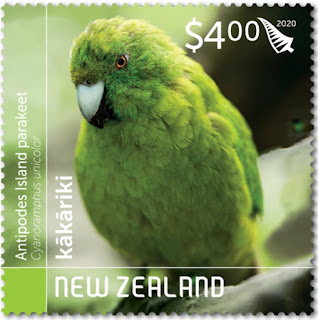 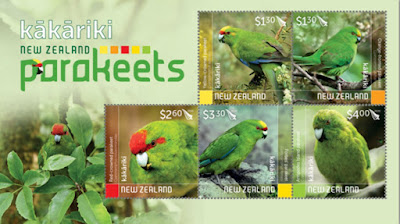 🇵🇬 PNG Post, the postal service of Papua New Guinea, has swiftly responded to the sale of numerous paraphilatelic items recently offered for sale on the Delcampe internet auction site (Blog 1601) by publishing a newsletter which confirms that the items are ALL BOGUS and not official products of PNG Post, in short, they are ILLEGAL products and as such of no value whatsoever.
It is pleasing to have been able to draw attention to these products and to see a postal administration responding so quickly with the release of information about these worthless items and hopefully preventing collectors from spending money on the rubbish as well as PNG Post preserving its respectable philatelic reputation. Well done, PNG Post! 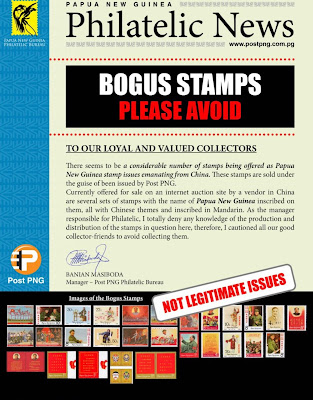 PNG Post has also released its second routine newsletter which states that the 4 issues planned originally for release in 2019 have been carried over into the 2020 programme - Breadfruit, PNG Faces, Birds of Paradise and 50th anniversary of the Post Courier newspaper). As I have previously written I like the issues of PNG Post which have a wonderful local nature to them apart - that is - from some of the ‘international’ issues, put out by the USA-based agency, IGPC, which sometimes, but not always, feature subjects which have very little relevance to PNG. I look forward to the announcement of the rest of the 2020 programme. 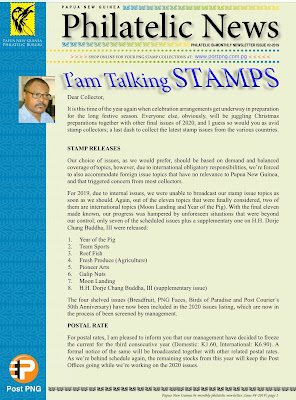 🇿🇼 Zim Post, the postal service of Zimbabwe, was due to issue an intriguingly named new set of stamps on 5 March 2020 to commemorate the ‘Centenary of Civilisation in Zimbabwe’ but the issue has been delayed. I can’t work out what event occurred in Rhodesia/Zimbabwe in 1920 which could possibly be described by the title of this expected issue and wonder if I have been incorrectly informed and that the title should be ‘Millenium of Civilisation in Zimbabwe’, referring to the founding of the ancient city of great Zimbabwe which occurred around 1000AD. At least we know that Zim Post plans to issue some stamps in the foreseeable future. Again, like PNG, I like the issues coming out of Zimbabwe, all locally themed, sometimes a little artistically naïve and none the worse for that, and reasonably priced and not excessive in the number of issues by any means.
We hope that it will not be too long before the conditions in Zimbabwe allow it to return to full Commonwealth membership. 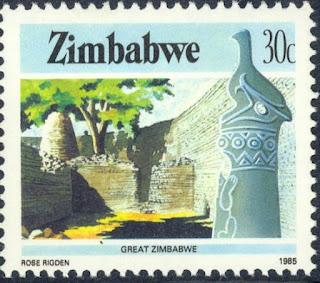 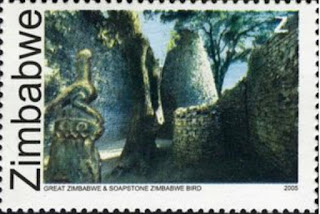 🇧🇹 Bhutan Post issued a sheetlet of 12 different stamps and 1 single stamp miniature sheet on 7 February 2020 to commemorate the lunar new year which is the Year of The Iron Male Rat (few of the numerous postal administrations which release lunar new year stamps fully define the title of the year in the 64 year cycle, Bhutan Post is always precise about what the year is). The 12 stamps each depict a creature from the lunar calendar. Rating:- ***. (BHU20.1 - 13). 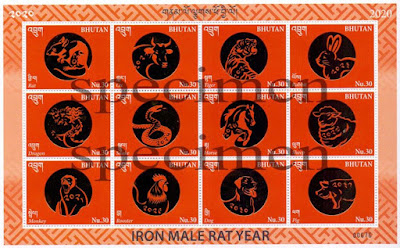 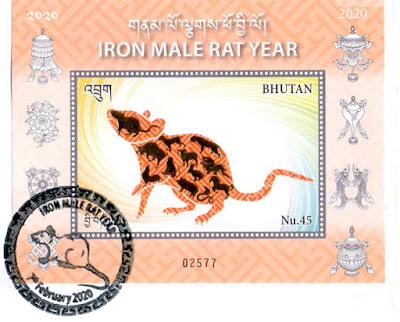 The sheetlet includes a stamp which looks like a suitable candidate for my ‘Labradors on Stamps’ themed collection!:- 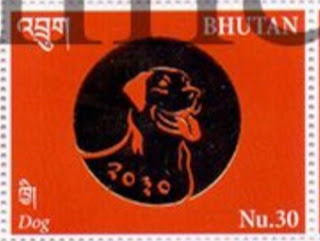