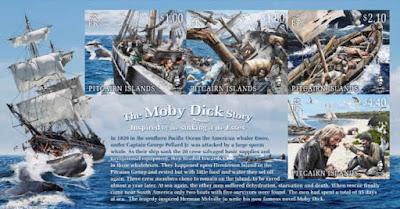 🇵🇳 The first issue of 2020 from Bounty Post, the postal service of Pitcairn Islands, will be issued on 28 February 2020 to commemorate the Bicentenary of the sinking of the Nantucket whaling ship, The Essex, by a large sperm whale in the southern Pacific area. The wreck took place 1200 miles from the  nearest islands which had fresh water and food (The Marquesas) but the crew of 20 managed to come across Henderson Island in the Pitcairn group and landed there. Unfortunately there was no food or water to meet their needs and they reembarked and eventually came close to South America where they were discovered. Unfortunately only five crew members were found to be still alive. It had been almost a year since the sinking of The Essex.
The tragedy came to international attention and is said to have inspired Herman Melville to write the novel Moby Dick
The issue takes the form of a miniature sheet containing 4 different stamps and was designed by Lukas Kukler and lithographed by Southern Colour Print. Rating:- ******. (PI20.1). 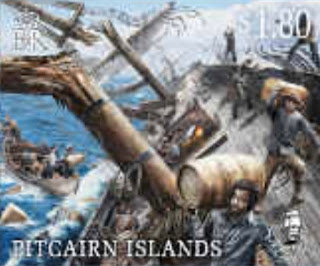 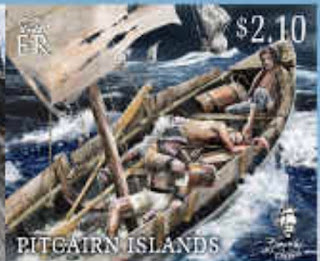 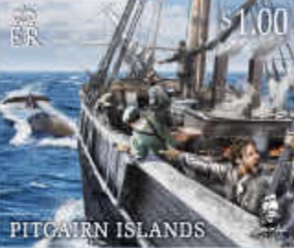 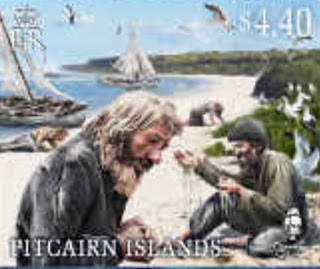 🇯🇪 A comment from Lizzie Harper, the designer of Jersey Post’s most recent Post and Go stamps depicting some of Jersey’s coastal flowers, which she left at the end of a recent CSO Blog expresses how pleased she was that her designs were greatly admired in this Blog. It is pleasing that she felt that the Blog valued her work - the designs - are indeed lovely. That is the problem with Jersey Post’s philatelic efforts - many of its stamp designs are excellent but there are just TOO MANY stamps being issued by the postal authority. My ratings for Jersey stamps are often very low - usually not because of poor stamp designs but because issues are too frequent and increasingly have little relevance to Jersey or seem to be released at the drop of a hat.

🇼🇸 Another interesting comment worth highlighting is that below which reproduces a comment from the CEO of Samoa Post who seems to have only recently discovered the piece in Blog 991 dealing with the controversy at the time which followed Samoa Past severing of its links with Philatelic Collector Inc. and the subsequent release of some extremely high face valued surcharges. The comment highlights that the high face values are related to the increased need of stamps for parcels and the Express Mail Service which are now said to be “our primary and only focus”. “Letters, associated with printing small denominations is becoming obsolete (sic)”. This latter sentence seems to suggest that Samoa Post sees no need for stamps of what we would see as being of ‘normal’ face values and that any future issues will only be released in high values.
Thanks very much to the CEO of Samoa Post for this helpful and very interesting comment.

🇲🇻 Maldives rejoined The Commonwealth on 1 February 2020. Normally I would expect to restart collecting the country’s stamps from that date but sadly Maldives Post continues to have a contract with Stamperija and vast numbers of paraphilatelic items, many with subjects of little or no relevance to Maldives, are produced by that agency with the country’s name printed on them. I have not mentioned for a long time the products released by Stamperija in the name of its client Commonwealth postal administrations apart from a few items which are possibly on sale at post offices in the respective countries (Maldives, Sierra Leone and Mozambique). However on this occasion I note here purely because it is the first issue since Maldives rejoined The Commonwealth the items which Stamperija has identified as having been released on 12 February 2020. It’s all very depressing - the issue is made up of 13 sheetlets (each containing 4 different stamps) and 13 accompanying single stamp miniature sheets (the depicted subjects are Manta rays, Flightless birds, Australian trains, Marilyn Monroe, Napoleon Bonaparte, Launch of Luna 1 (Russian satellite), Alexei Leonov (Soviet cosmonaut), Orchids, Big cats, Sharks, Dinosaurs, Eagles and Pigeons) plus a ‘silk’ miniature sheet produced in a ‘limit edition’ of 250 on the subject of ‘The Qianlong Emperor’ and a sheetlet of 8 identical stamps with an accompanying miniature sheet on the subject of the 150th Birth anniversary of Mahatma Gandhi. Rating:- 0 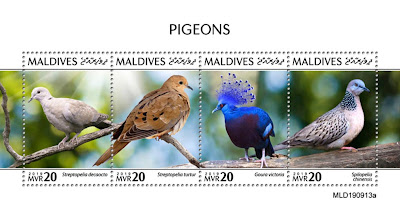 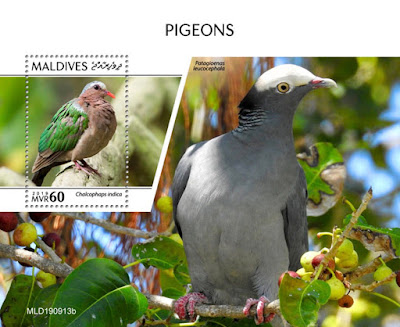 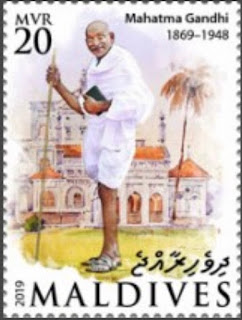 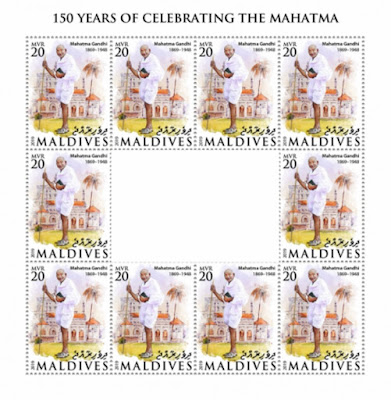 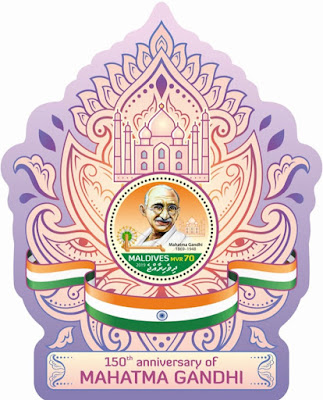 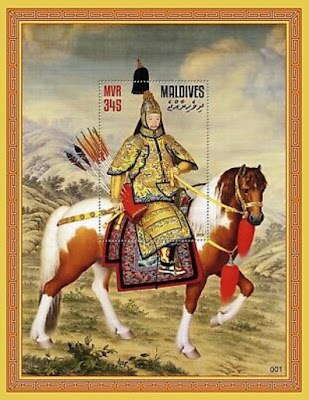 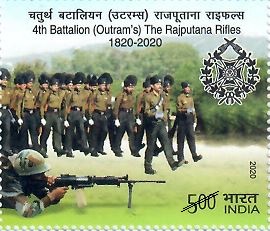 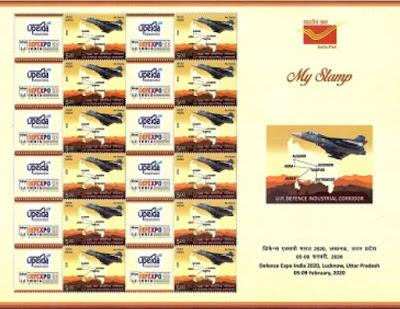