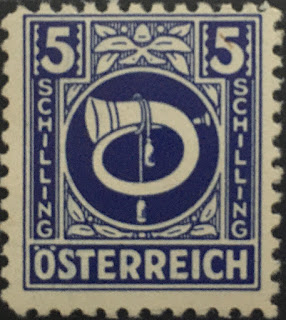 🇦🇹 It’s probably true that most people in Britain have no real interest in what’s happening in Austria and couldn’t really care less about the place unless they have an interest in the music of Mozart or want to know the snow report relating to a ski-ing holiday in the country. Which is probably unwise as history tells us that if something bad is going to happen in Europe it often starts in Austria - the assassination of Arch Duke Ferdinand within the boundaries of the Austro-Hungarian Empire led inexorably to the outbreak of the First World War and the birth of a painter originally named Adolphus Hitler in the Austro-Hungarian town of Branau am Inn in 1889 and the Anschluss of 1938 in which Austria was united with Germany both led equally inexorably to the Second World War.
Now Austria has another reason to be of fleeting interest to The United Kingdom. For a reason known only to itself the Austrian postal service issued a single stamp on 31 January 2020 to celebrate The United Kingdom’s cessation of membership of the European Union otherwise known as Brexit.
When I first saw the stamp I thought it must be one of those spoof items doing the rounds in the absence of a Royal Mail issue to commemorate Britain’s departure from EU membership particularly as the item is inscribed in English rather than German and has the originally planned date of cessation of membership (29 March 2019) lazily crossed out with the new date added beneath. But it does indeed appear to be an official stamp issue of the Austrian postal service and it has attracted a lot of interest from stamp collectors, members of the public and speculators who seem to have bought up a lot of them and have been selling off examples of them at highly inflated rates though the asking price for these items is now rapidly falling. An interesting, and cheeky, item. 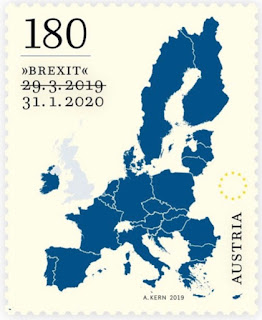 This strange issue is not Austria’s only philatelic link with The United Kingdom. The defeat of Hitler and his Nazi forces at the end of the Second World War resulted in an Allied occupation of Austria and the country was divided up for the purposes of administration by the four powers - United Kingdom, United States, The Soviet Union and France - in four zones. A set of 17 stamps depicting a post horn and printed by the Bureau of Printing in Washington was issued for use in the British, US and French zones of occupation on 28 June 1945. The British zone was located in southern Austria taking in Carinthia, East Tyrol and Styria.
Soviet forces had crossed into eastern Austria on 29 March 1945 and on 3 April 1945 the Austrian politician, Karl Renner, had established contact with the Soviets. On 20 April the Soviets instructed Renner to form a provisional government. On 27 April Renner declared Austria’s independence of Nazi Germany and established the First Austrian Republic.The Soviets kept a close eye on him and one third of posts in his cabinet was filled by Communists. The Western Allies suspected that the Soviets were trying to ensure that Renner’s government became their puppet and therefore did not recognise Renner’s government.
American troops had entered Austria on 26 April, the French on 29 April and the British on 9 May. The Allies agreed their areas of occupation on 9 July. Vienna was divided by all four occupiers with its historical centre being declared an international zone with the nationality of the occupying troops there being changed every month. The Allied Council of four military governors met in Vienna on 12 September 1945 and refused to recognise Renner’s government. Renner tried to reduce Communist influence in his government and consequently, on 20 October 1945, the Western Allies recognised Renner’s reformed government and gave the go-ahead for elections to take place which they duly did on 25 November 1945. The elections dealt a hammer blow to the Communists who took only about 5% of the total vote and a government of Christian Democrats and Social Democrats was formed. Austria subsequently remained under joint occupation till it became fully independent on 15 May 1955 with the last troops of occupation leaving on 25 October 1955.
The set of postage stamps for the Western-occupied areas mentioned above and depicted below were in use until November 1945 when they were replaced by an issue for use in the whole of Austria. The issue, inscribed Republik Österreich, was the first issue for the Second Republic of Austria of which Karl Renner was the President and was made up of 27 photogravure-printed pictorial stamps depicting Austrian landscapes.
I include a set of the Western Occupation stamps in my collection of Commonwealth stamps as they represent a period when a part at least of Austria was effectively under British administration. I suppose that fairly short piece of shared history would entitle Austria to apply for membership of The Commonwealth so that instead of releasing a stamp to commemorate Britain’s EU departure it could issue a stamp to commemorate its own joining of the international organisation and using English on its stamps would be most appropriate! Or perhaps Royal Mail could issue a stamp, inscribed in German, welcoming Austria’s admission to The Commonwealth! 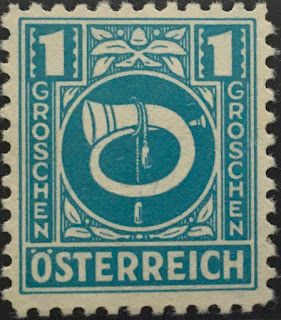 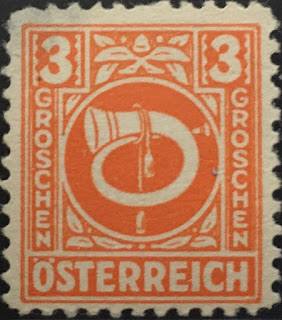 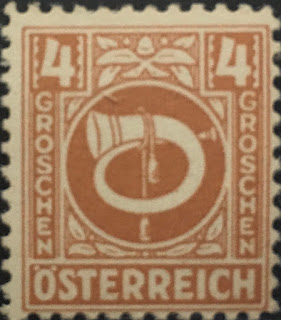 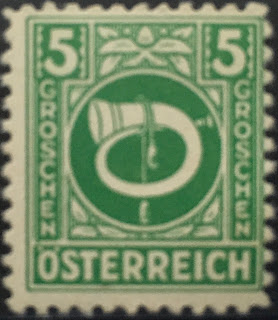 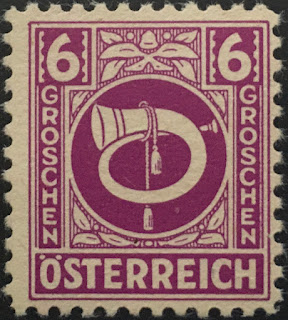 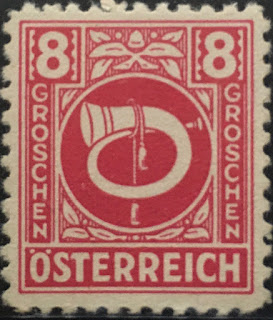 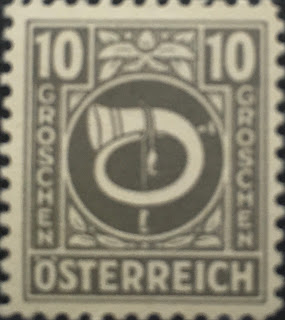 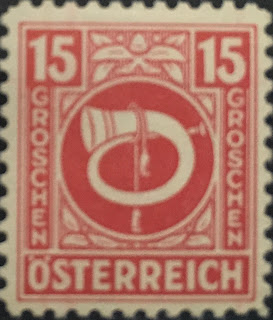 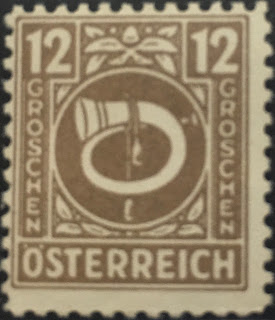 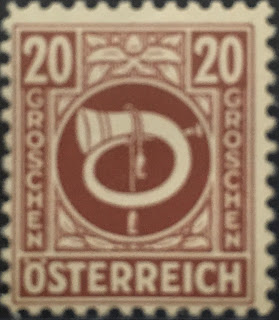 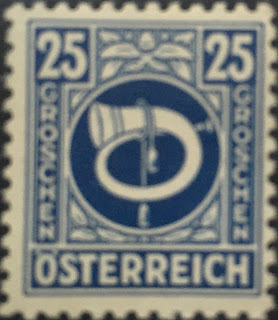 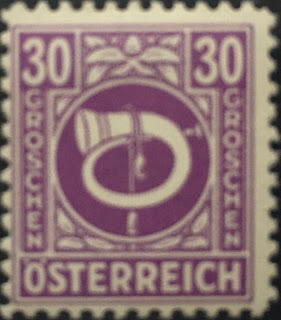 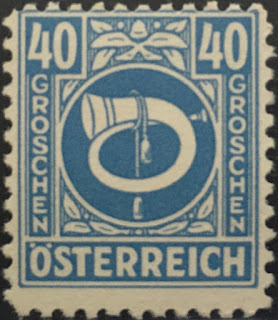 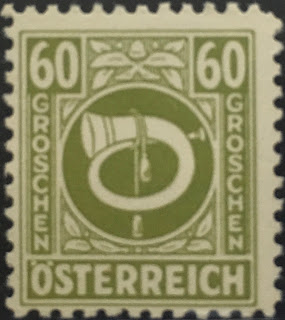 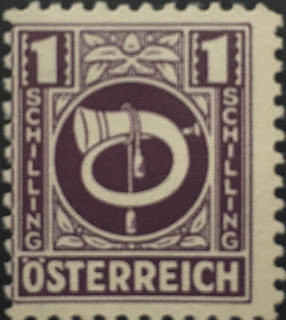 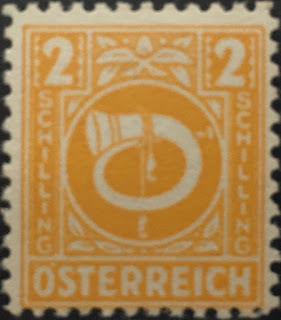 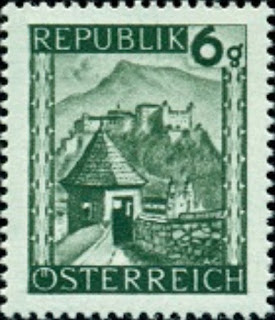 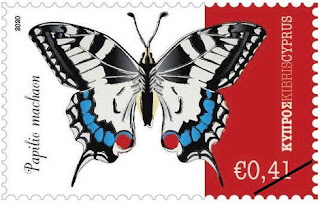 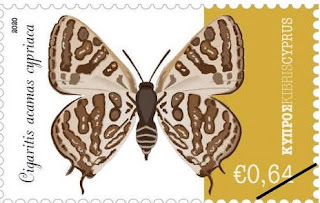 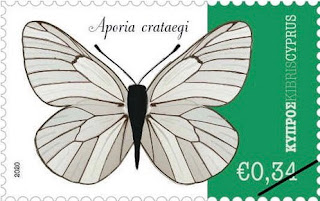 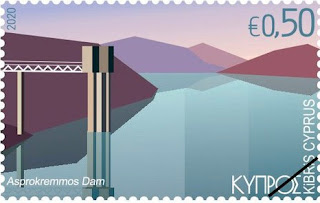 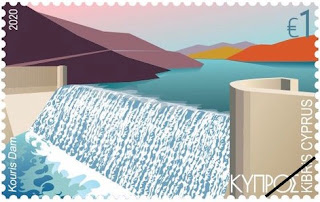