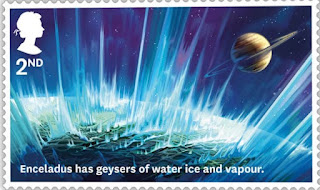 🇬🇧 Depicted here now are much better quality illustrations of the stamps from the Royal Mail Visions of the Universe set of 8 stamps to be released on 11 February 2020 than were included in Blog 1583 where I first mentioned this issue. The 2 panes of definitive and regional stamps from the Prestige booklet are illustrated in Blog 1591. The issue commemorates the Bicentenary of the Royal Astronomical Society and notes important British astronomical discoveries.. The issue was designed by True North and lithographed by International Security Printers and is perforated 14. A colourful and well-designed set commemorating a notable British anniversary and notable British achievements. Rating:- *****. 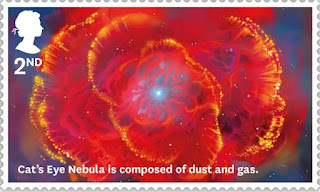 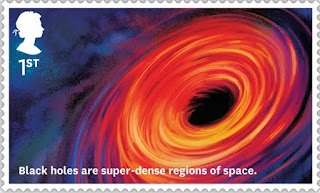 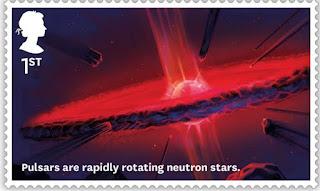 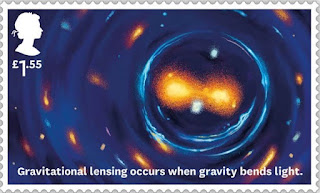 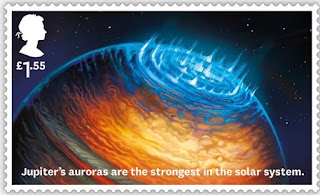 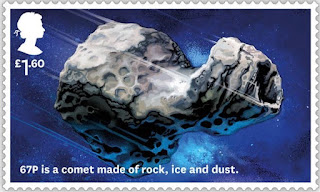 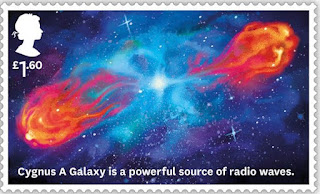 🇫🇯 Illustrated below are two of the set of 4 stamps issued by Post Fiji on 17 January 2020 to commemorate Chinese New Year, Year of the Rat. As rats go these are pretty inoffensive looking. The Year of the Rat has got off to a very unpropitious start due to thousands of people in China and elsewhere being affected by the Coronavirus outbreak. I wonder if this dreadful opening of the year will affect people’s wishes to buy the vast numbers of stamps issued by Commonwealth and other countries (in many of which there is no population of any great number to which the lunar new festivities have any significance) which commemorate this inauspicious new year. And if sales are poor as a result will so many postal authorities issue stamps for the 2021 lunar new year? 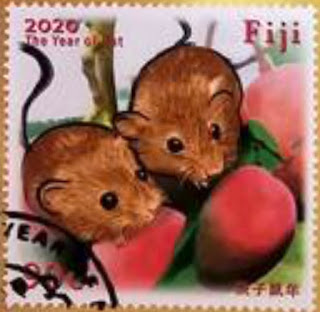 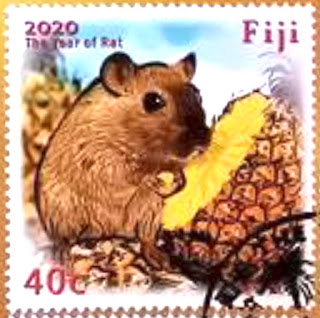 🇬🇧 I gave up collecting Royal Mail Smilers stamps 10 years ago and don’t feel that anything worthwhile is missing from my collection. On the other hand there are still some enthusiasts for these frequently overpriced items and so I’m sure they will welcome the Generic sheet which Royal Mail plans to issue to commemorate London 2020 International Stamp Exhibition to take place in May. The sheet contains 20 ‘Hello’ stamps with attached labels depicting aspects of the postal service in London over the decades. Rating:- 0. 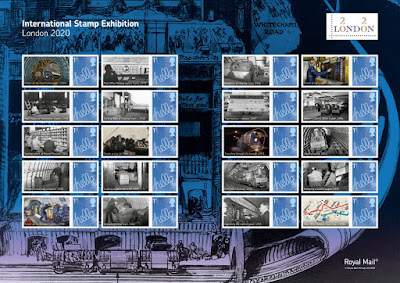 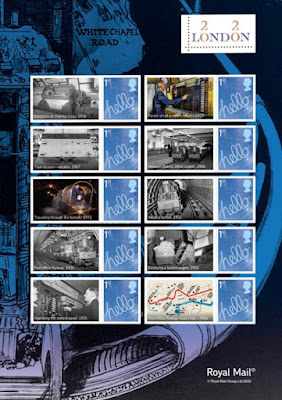 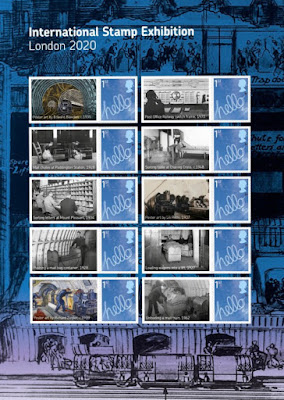 🇮🇲 Isle Of Man Post Office plans to issue a miniature sheet reproducing the designs of 11 previously issued stamps on 26 February 2020 to commemorate previous United States exploration of the moon and in space in general. Cost £10.63. Ho hum. Rating:- 0. 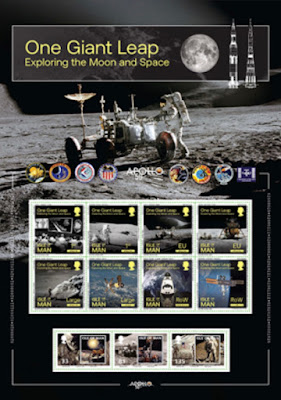 🇬🇬 Guernsey Post will issue 6 new Post and Go stamps on 12 February 2020 on the subject of local fishing vessels. This excellent new set was designed by Robin Carter and printed digitally by Walsall Security Printers. Local theme, excellent art, what else could a collector want? Rating:- *****. 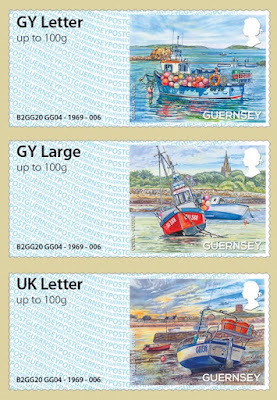 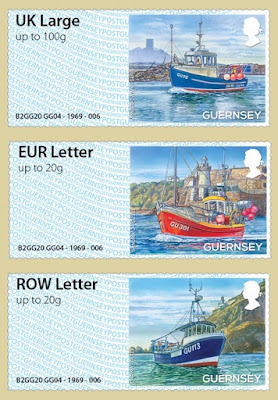