1343. 🇰🇮 Kiribati Lest We Forget Stamps.

🇰🇮 The postal service of Kiribati issued 2 stamps and 1 miniature sheet on 1 November 2018 to commemorate the Centenary of the end of the First World War and, of more local interest, the 75th anniversary of the Battle of Tarawa. The issue was designed by Derek Miller. Rating:- ****. 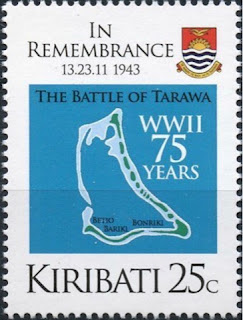 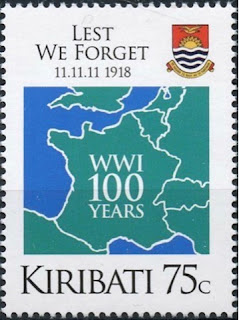 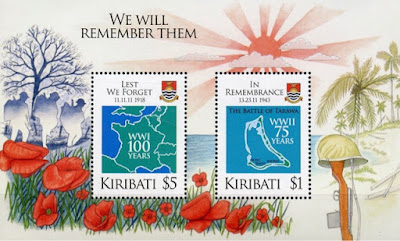 🇮🇳 As mentioned in Blog 1339, India Post issued a single stamp on 27 November to commemorate the 75th anniversary of Utkal University. This is a rather more interesting and original design than India Post usually comes up with when issuing, which it does frequently, stamps to commemorate various anniversaries of numerous educational establishments. Rating:- ****. 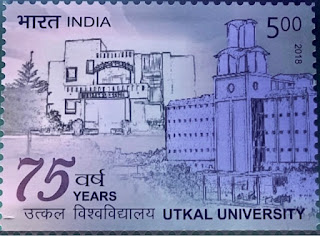 The set of 5 stamps mentioned in Blog 1339 which was issued on 27 November 2018 to commemorate the holding of the 14th Hockey World Cup in Odisha is illustrated below:- 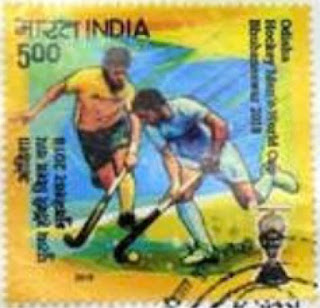 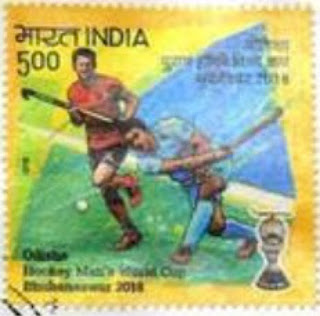 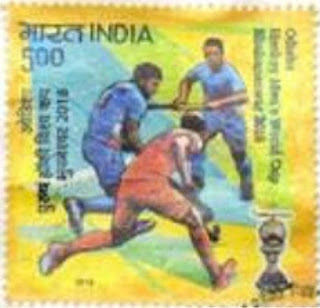 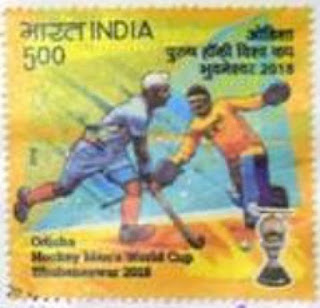 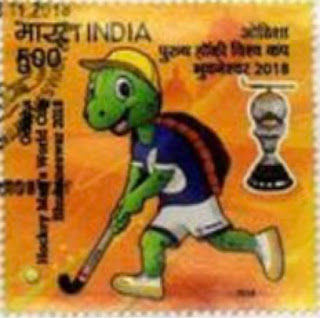 India Post also issued a sheetlet of 12 premium-priced My Stamps on 12 November 2018 to commemorate the Centenary of the Union Bank. Each stamp in the sheet has a label attached to it. 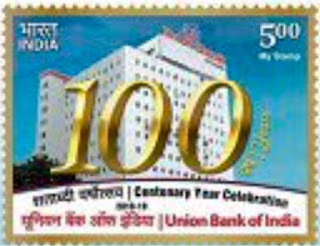 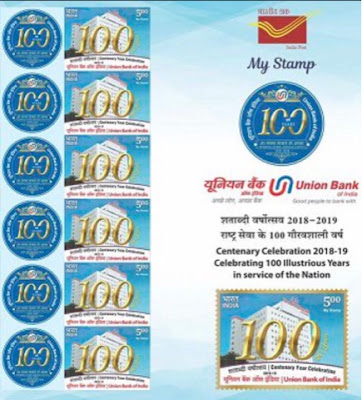 There have been other My Stamp issues from India Post but suitable illustrations are awaited:-

🇲🇾 Pos Malaysia will issue 2 versions of a Christmas and Happy new year Setem Ku sheetlet of 8 stamps (2 x 4 different designs) with appropriate attached labels on 4 December 2018. The first version has illustrated labels and the Second has labels which are blank for personalisation purposes. The items will be sold for RM20 each. 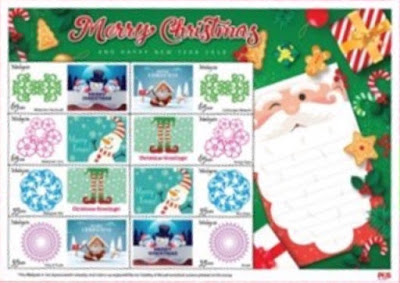 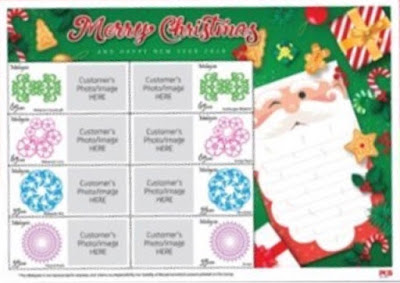