🇨🇾 Congratulations to Cyprus Post for producing some of the most cheerful Christmas stamps this year. Four stamps, including a se-tenant pair were released on 8 November 2018. The 'religious' design depicts the icon of the birth of Christ in the church of Panagia Odigitria in Galatea. Rating:- *****. 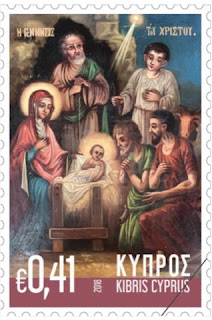 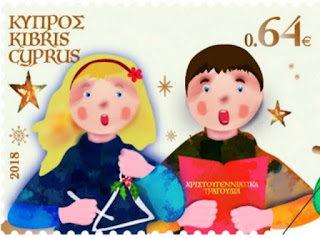 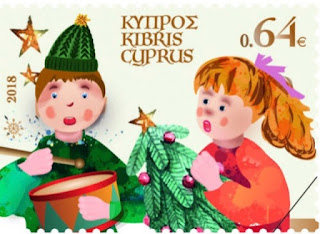 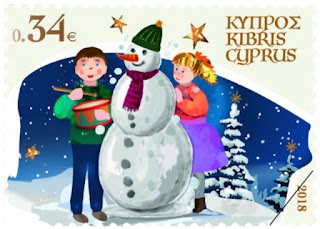 🇮🇳 India Post issued a single stamp on 3 November 2018 to commemorate the Bicentenary of the founding of the 3rd Battalion of the Rajputana Rifles regiment. For once, a colourful and interesting issue. Rating:- ***. 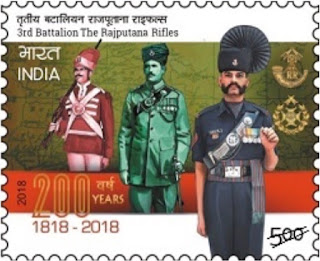 🇰🇾 The postal service of Cayman Islands issued 1 stamp and 1 miniature sheet on 19 October 2018 to commemorate the 60th anniversary of the territory's coat of arms. The stamps depict the arms as they are used as a badge on the national flag. Rating:- ****. 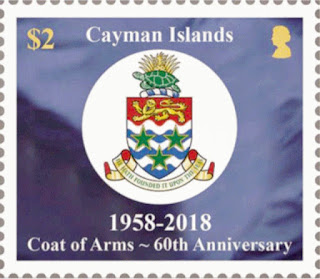 🇮🇪 An Post, the postal service of the Irish Republic, issued a pair of stamps on 8 November 2018 to commemorate the Centenary of the Armistice which ended the First World War on 11 November 1918 at 11AM. The designs by Red&Grey feature lines from poems about the war and were lithographed by Cartor and perforated 13.5.

This is a very significant issue because for many decades those Irish men who had fought for The British Empire against the Central Powers were virtual outcasts in Ireland when they returned there after the end of the war as the establishment of the Irish Free State drew ever closely along with the civil war that followed it. It is really only since the 1990s that the Irish have reevaluated their history to find a place to recognise and salute the sacrifices of these men who fought for freedom in Europe and so this stamp issue has a political significance of the highest order. Rating:- *****. 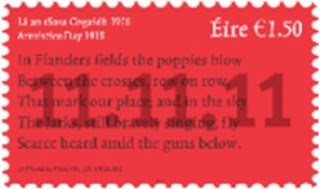 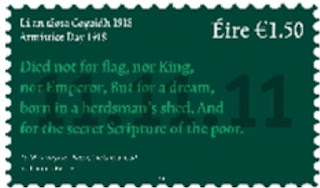