🇫🇰 There are two new upcoming stamp issues from the Falkland Islands postal service. On 28 November 2018 a set of 4 stamps will be released to commemorate the Centenary of Fox Bay post office. The issue was designed by Bee Design and lithographed by Cartor and perforated 13.5. Rating:- *****. 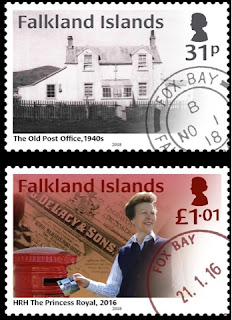 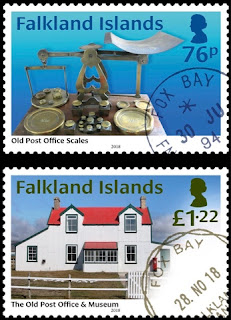 The second issue to be released on 28 December 2018 will be on the subject of Landscapes as described in Blog 1314 but the date of issue has been deferred until the end of December.

Thanks to Juliet Warner of Pobjoy Stamps for information about all the above issues.

🇮🇪 I have overlooked up to now 3 strips each of 4 different self-adhesive stamps which have been issued by An Post, the postal service of the Republic Of Ireland, in which each stamp features a design used on recent commemorative stamps. I am not sure of the date of issue. Rating:- ****. 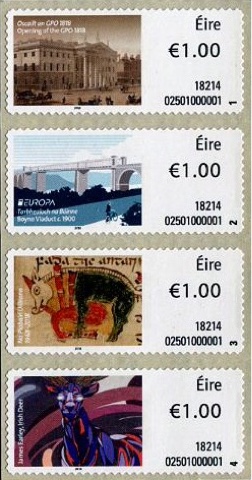 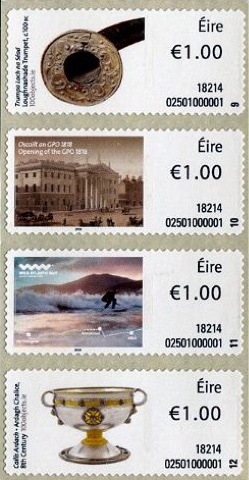 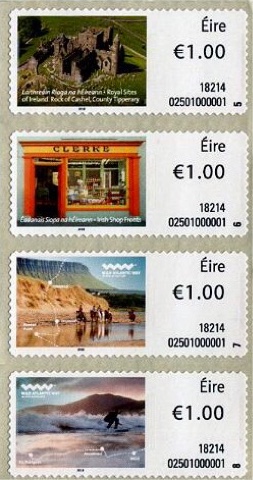 🇲🇺 Depicted below is a better illustration than that which appeared in Blog 1330 of the single stamp released on 12 November 2018 by Mauritius Post to commemorate the Centenary of the Armistice which ended the First World War:- 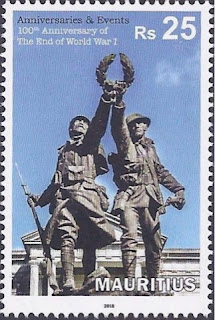 🇬🇧 A wonderful photograph has been issued on the 70th Birthday of the Prince Of Wales depicting him with his wife, children and grandchildren. His birthday, 14 November, has been commemorated by a number of postal administrations with the release of sets of stamps. How long, I wonder, before this marvellous photograph finds itself being used as the basis for a stamp design? 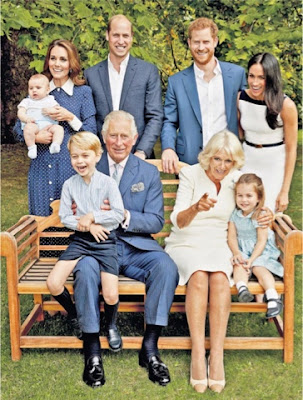