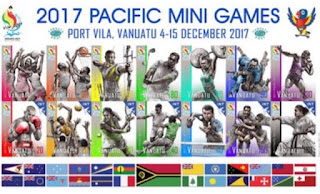 🇻🇺 Vanuatu Post issued a sheetlet of 14 different stamps on 25 November 2017 to commemorate Vanuatu's hosting of the 2017 Pacific Mini Games which will be held from 4 to 15 December 2017 in Port Vila. The Games will be attended by 2000 athletes from 24 Pacific nations and territories. The flags of the attending territories are depicted in the lower edge of the sheetlet.
This excellent item was designed by Lucas Kukler and lithographed by Southern Colour Print and perforated 14. Rating:- *****. 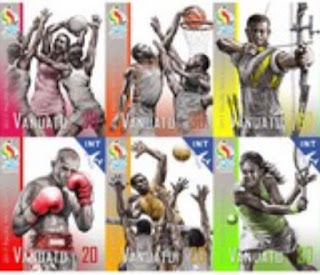 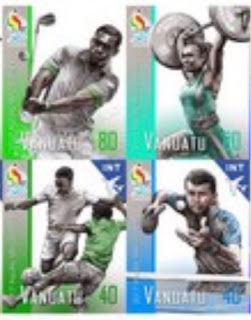 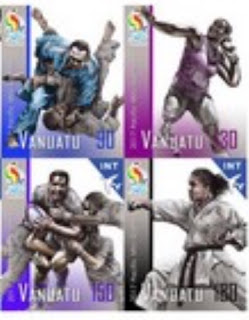 🇳🇿 New Zealand Post issued a miniature sheet containing 3 Birds stamps on 24 November 2017 to commemorate the Royalpex 2017 National Stamp Exhibition which was held in Hamilton. The issue was designed by Stamps and Collectables Business of New Zealand Post and lithographed by Southern Colour Print. Rating:- ****. 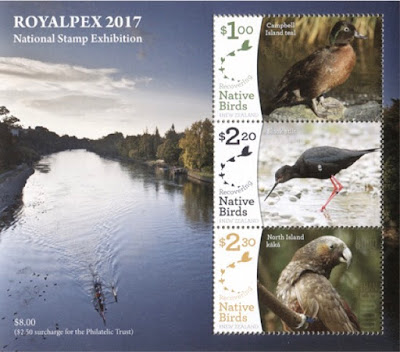 🇬🇧 Pobjoy Stamps has announced that the various issues of the postal service of British Antarctic Territory which were mentioned in Blog 1113 were released on 25 November 2017.

🇲🇾 Pos Malaysia will issue a miniature sheet on 4 December 2017 as a second part of its issues to commemorate the 150th anniversary of the issue of the first Straits Settlements stamps. An interesting issue. Rating:- *****. 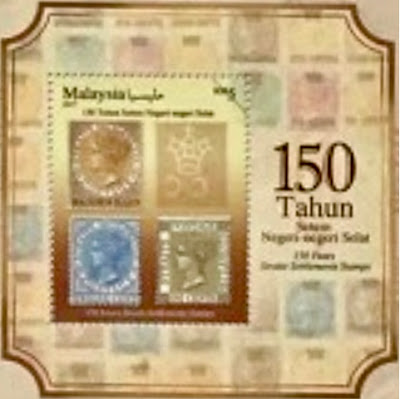 🇬🇬 Depicted below is a strip of the Guernsey Post Post and Go stamps to be dispensed by kiosk GG02 in Envoy House with the additional inscription 'Season's/Greetings 2017' to mark the Christmas season. For anyone overwhelmed by the need to add this item to their collection the cost will be £4.56p plus 50p handling fee. Rating:- 0. 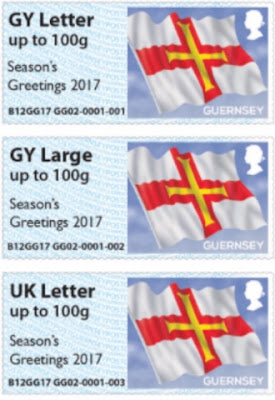 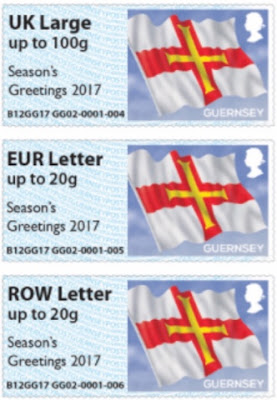