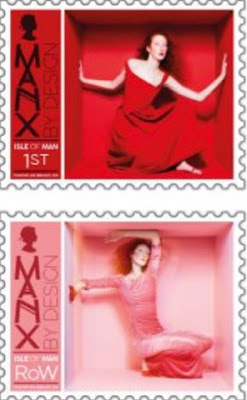 🇮🇲 The Isle Of Man Post Office will issue a set of 6 stamps on 1 February 2018 to commemorate "20 Years of Preen by Thornton-Bregazzi", a fashion company founded by 2 former students of the Isle Of Man College. The featured clothing includes a red dress worn by The Duchess Of Cambridge on her tour of Canada and a "Citrus Power" dress worn by the late singer, Amy Whitehouse, and the actress, Gwyneth Paltrow though presumably not both at the same time.
The designer of this issue, which is unusual in its subject matter, is EJC Design from images by Justin Thornton and Thea Bregazzi and lithographed by Cartor and perforated 13. Rating:- ****. 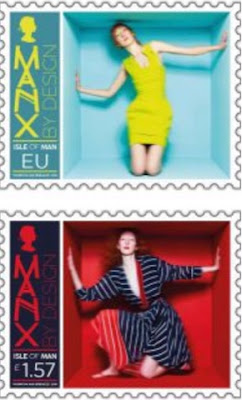 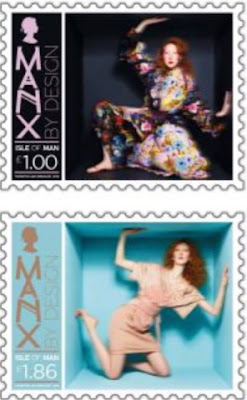 🇨🇾 Cyprus Post will issue 6 Christmas stamps on 24 November 2017. The issue is made up of 3 stamps in a se-tenant strip which have a religious theme and 3 other stamps which depict children at Christmas-time including a se-tenant pair. With at least 3 different design styles in the set it's all a bit of a dog's dinner but the stamps are pleasant enough. Rating:- ***. 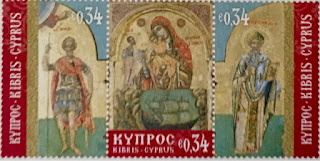 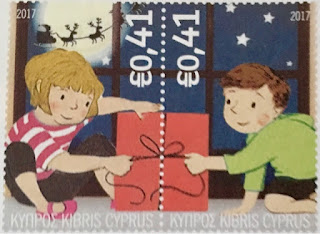 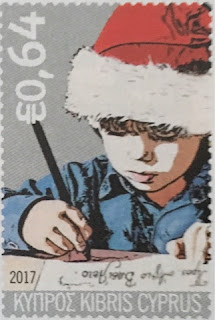 🇯🇪 Illustrated below are 2 of the 24 Post and Go stamps issued by Jersey Post from kiosk BOO2 (6 inscribed in Jėrriais and 6 "Jersey Flag" stamps inscribed in English) and kiosk JE02, with added inscription "Broad Street", 6 again being inscribed in Jėrriais with 6 "Jersey Flag" stamps inscribed in English and all with additional trite and trivial "Angel" motif that any primary school child could have come with. It seems to me that this little lot will cost the collector the preposterous sum of £21.44p.plus extras including value added tax. Of all the small postal services, it seems that Jersey's is the most shameless in finding ways to extract money from collectors with no philatelic stone left unturned over the past few years. And yet I find myself buying fewer and fewer of its products. Rating:- 0.

🇳🇿 Talking of preposterous sums. New Zealand Post's outrageous gold foil miniature sheets for the Chinese New Year, this time The Year of the Dog, have gone on sale on its website and have been sold or reduced to "low stocks". It seems that 25 of these "lucky" numbered sheets were produced with coloured stamps in them and purchasers seem to have paid NZ$1800 for each one. Yes really!
But that's not all. There are 103 framed foiled miniature sheets being sold for NZ$560 (the stamps are entirely gold and have no colour in them), gold foiled unnumbered miniature sheets framed in perspex (NZ$188) and unnumbered gold foil miniature sheets with coloured designs sold for NZ$288.
As a stamp issue, rating:- 0.
The date of issue is 10 January 2017. 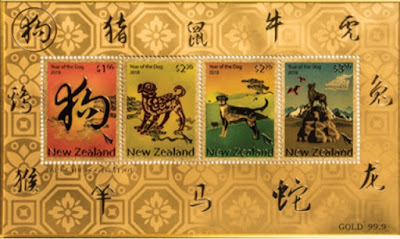 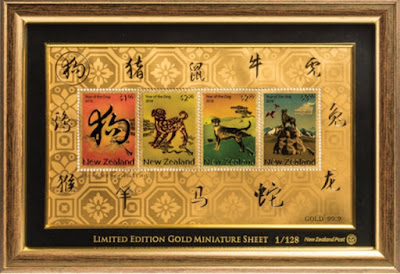 🇧🇼 Botswana Post issued a set of 4 stamps and 1 miniature sheet on 5 October 2017 on the original and interesting subject of "Crossing Rivers". The issue was designed by Andrew Jones. I like this Issue very much. Rating:- *****. 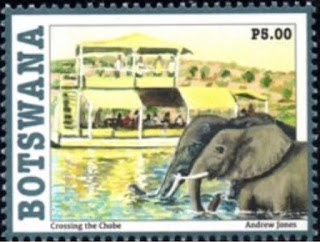 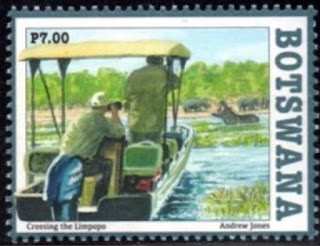 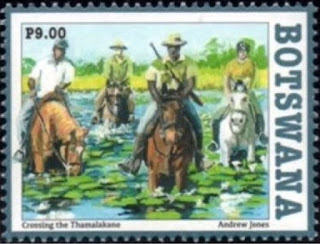 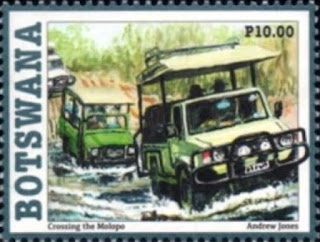 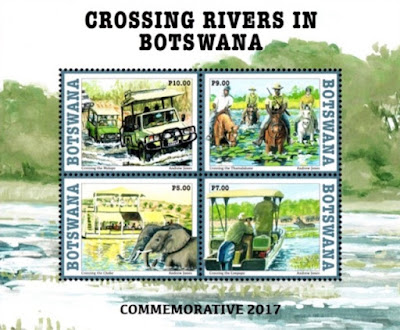 🇲🇻 WOPA, through which the new issues of a number of postal administrations and agencies can be ordered, upset a lot of collectors a couple of years when it began to include the numerous issues put out by Stamperija in the name of Maldives and which appeared to be sold by Maldives Post itself. In response to complaints, WOPA temporarily suspended its handling of Maldives stamps but very rapidly reverted to placing the new issues of Maldives, between 100 to 200 at one stage, on its website.

Now, Maldives has disappeared from the list of territories being dealt with on WOPA's website. Whether or not it will reappear again remains to be seen. 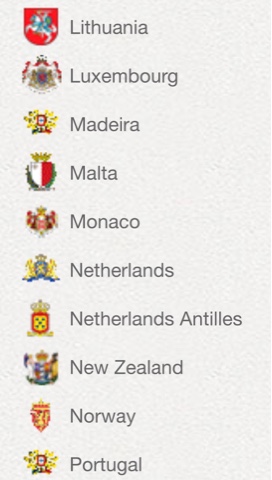 Although Maldives has left The Commonwealth I like to keep an eye on special issues from there though not of course the paraphilatelic pap put out by Stamperija, and I see that Maldives Post released a sheetlet of 8 stamps as part of a joint issue with Japan on 14 November 2017. The issue marks the 50th anniversary of the establishment of diplomatic relations between the 2 countries. The stamps are said to depict scenes from the visit of the Maldivian President, Abdulla Yammin, to Japan and photographs of some of the development projects carried out by Japan in Maldives.
I do not yet have an illustration of the new stamps but below is a picture taken at the launch ceremony of the issue which was attended by the Japanese Ambassador to Maldives and Maldives Post officials. They are shown holding the new issue.
The Japanese postal service also issued a sheetlet of 8 different stamps on the same date but the Japanese sheet is in vertical format and appears to feature different designs from those used in the Maldives issue. 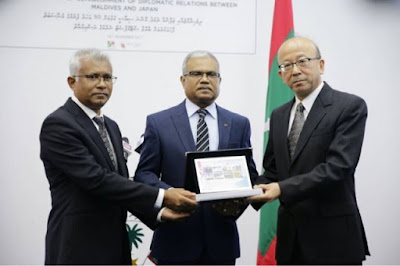 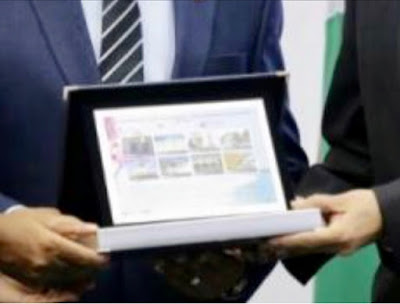 Joint issues commemorating anniversaries of the establishment of diplomatic relations between various countries are becoming increasingly common and are often reported in this Blog. Most commonly the People's Republic Of China likes to demonstrate that it has friendly relationships with other countries, particularly developing states where it is involving itself in various economic activities, through the philatelic medium and often donates issues to the postal services of such places. Japan likes to do the same and occasionally Taiwan will try to involve itself in such issues though, having very few countries which now have relations with it, its opportunities are now very few to do so.
As I wrote in Blog 1119, the postal services of Western states, and in particular Royal Mail, are particularly inept at realising the usefulness of postage stamps in demonstrating their country's links with other parts of the world and trail miles behind China and Japan in using stamps for such a purpose. Pity.