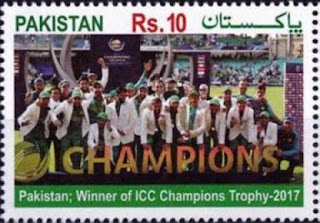 🇵🇰 Pakistan Post issued a se-tenant strip of 3 stamps and 1 miniature sheet on 2 November 2017 to commemorate the victory of the Pakistan team in the 2017 ICC Champions Trophy competition. A colourful and interesting set. Rating:- *****. 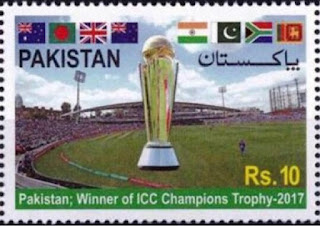 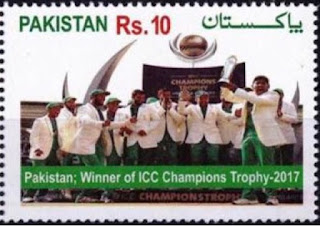 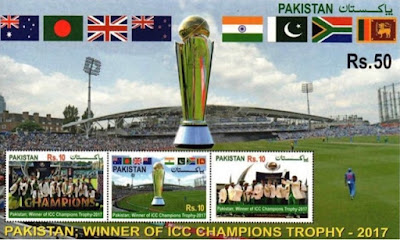 🇮🇶 In Blog 1112 I wrote about the Balfour Declaration and mentioned the British involvement in the Middle East at that time - that is - 1917 as British Imperial forces tried to wrest away the territories of the Ottoman Empire and help the Arabs to liberate themselves from Ottoman rule. The British invaded and occupied parts of what was to become Iraq and released postage stamps which were old Ottoman stamps with inscriptions overprinted on them which read "Baghdad in British Occupation".
One hundred years later, the Iraq postal service has issued 3 stamps and 1 miniature sheet to commemorate the centenary of the issue of these stamps. This is an excellent set and very interesting- even if one cannot afford to buy the true stamps of 1917 this Centenary set offers the collector the opportunity to own some facsimiles since 3 of the stamps are depicted on the actual stamps while other values are illustrated on labels which are part of the sheets which contain the basic stamps. See Blog 424.
Rating:- *****. 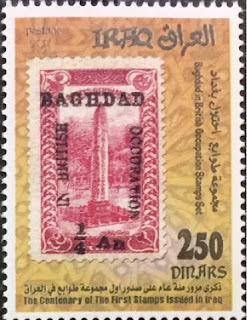 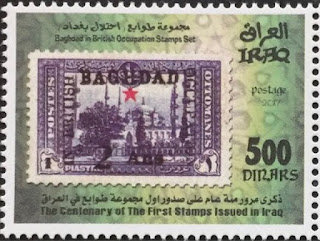 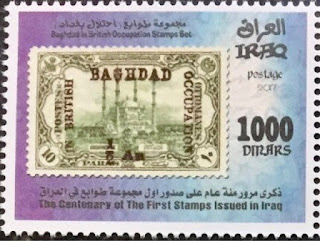 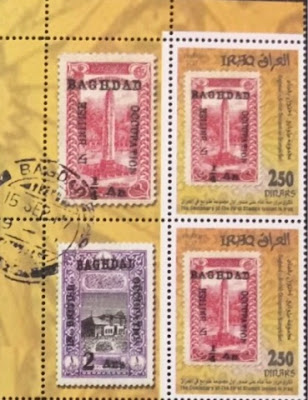 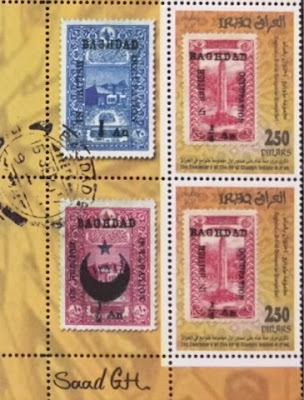 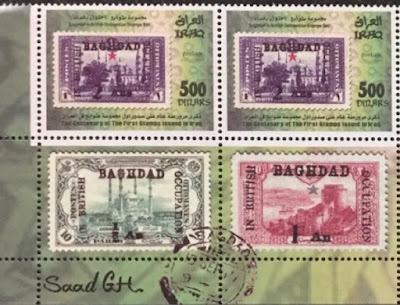 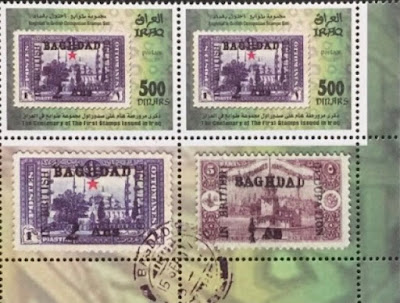 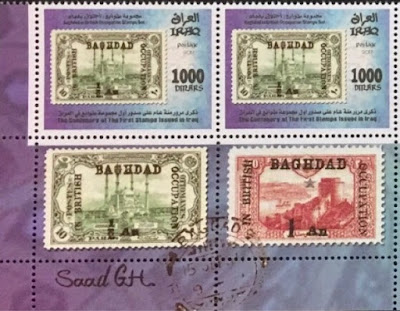 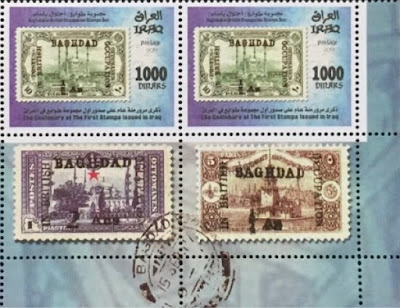 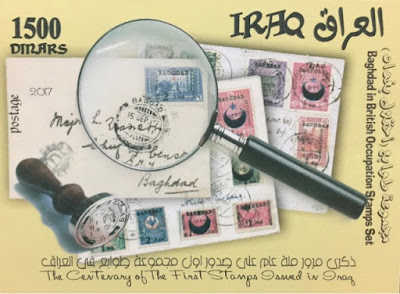 🇲🇿 I recently came across a blog called Filatelia de Moçambique, which dates to 2008 to 2010, where I discovered a stamp of which I was not previously aware. I have in my collection a single stamp issued on 10 June 2006 which commemorates the 25th anniversary of Telecomunicações de Moçambique and this is mentioned in the blog but it also draws attention to the same stamp being reissued in August 2006 with a surcharge applied - 33,000MT/33,00Mtn.
I have never seen the surcharge being offered for sale anywhere though it may be featured in the latest edition Of Stanley Gibbons Southern Africa Catalogue which unfortunately I have not got round to looking at. Importantly of course, this is a real postage stamp unlike the stuff produced by Stamperija with the name of Mozambique printed on it which is mostly what has been sold as "Mozambique stamps" in recent years. Rating:- *****. 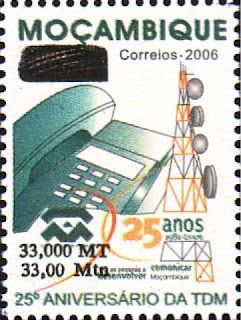 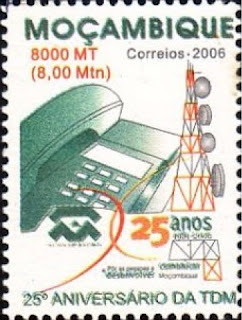