🇮🇳 India Post issued 3 miniature sheets on 27 November 2017 on the subject of the Mahabharata, one of the two major epics of ancient India which is a narrative of the Kuruksetra war and the fates of the Kaurava and Pandava princes. If the work is epic so too is this stamp issue since one of the miniature sheets contains 19 different stamps while the other two each contain a single stamp. In itself this is an exciting and fascinating issue but taken with the other numerous issues released so far this year by India Post it does look rather excessive. Rating:- ***. 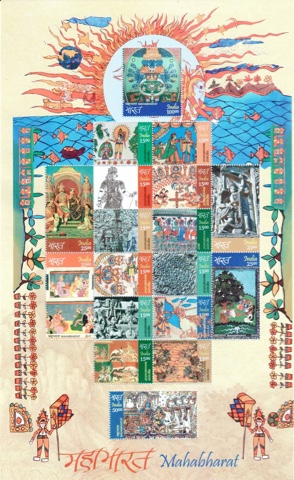 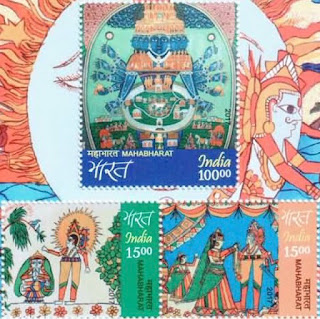 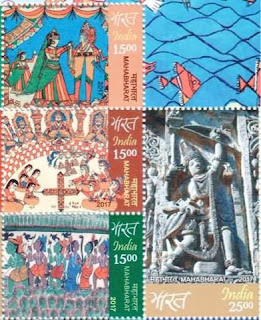 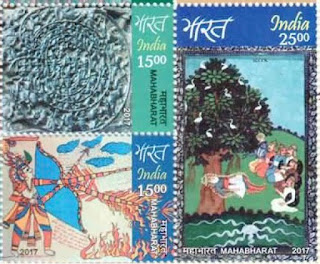 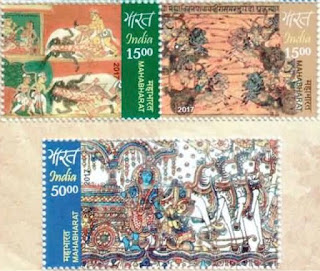 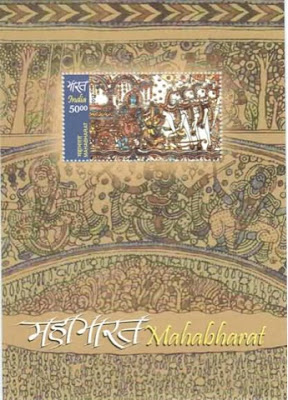 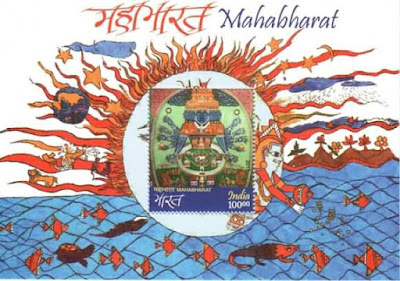 🇲🇲 The postal service of Myanmar issued a single stamp on 11 November 2017 as its contribution to the minibus series released to commemorate the 50th anniversary of ASEAN. In line with the stamps released by other members of ASEAN the stamp depicts the national flower of Myanmar. Rating:- ****. 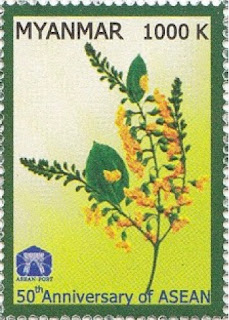 🇨🇦 In Blog 1124 I mentioned the self-adhesive stamp issued by Canada Post on 20 November 2017 to commemorate the Jewish festival of Hanukkah. It appears that prior to issue, Canada Post decided that the cover of the booklet in which the stamp was to be issued, was unsatisfactory and withdrew the booklets prior to sale. However since the booklets were already in local post offices, a not inconsiderable number were sold across counters before the post offices could be informed of the need to withdraw them. The stamps were then placed on sale in a booklet with a new cover design as depicted below. For booklet collectors therefore there are 2 new booklet types to be obtained for their collections with the original type selling at a premium. The original booklet cover features a yellow 6 pointed star while the replacement cover depicts the left side of a menorah candlestick. Fortunately, for the good of my pocket, I long ago gave up collecting Canadian complete booklets. 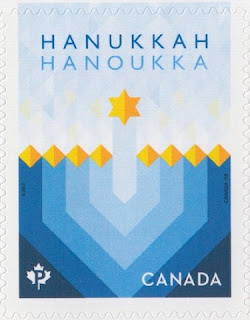 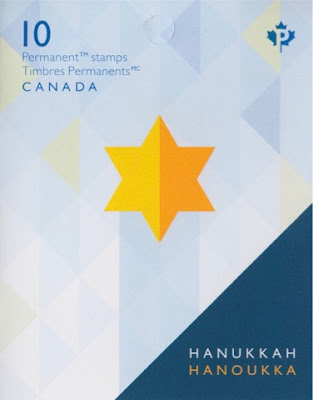 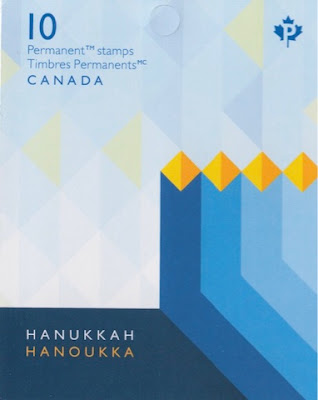