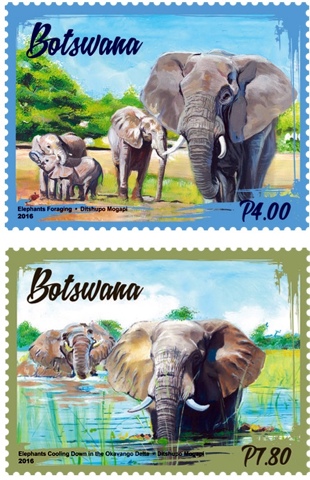 Botswana Post, whose stamps I have praised in the past, has come out with another wonderful set of 4 stamps which depict elephants of Botswana. The date of issue was 14 April 2016 and the issue was designed by Ditshupo Mogapi. Rating:- ****** (an extra-excellent 6 stars!) 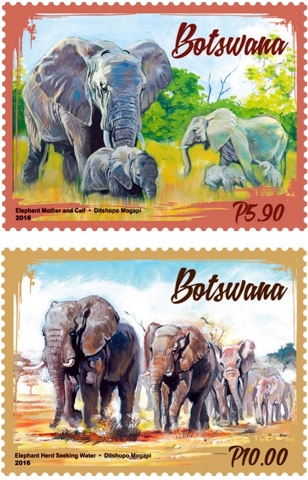 Compare these lovely pieces of miniature art with the miniature sheet produced by the US-based philatelic agents, IGPC ("the world's most respected philatelic agency" - see Blog 740), with the name of Tanzania printed on it, which also features elephants on one of the stamps contained in it. Look at the time and effort and love and care and ability that went into producing Botswana's latest issue and compare it with the item in which the IGPC reproduces random photographs with some lettering laid over them  and which looks as though someone sitting at a computer could have come up with the finished design in less than 5 minutes. There's a vast gulf between the products from these 2 African territories and I know which set I'm going to buy. 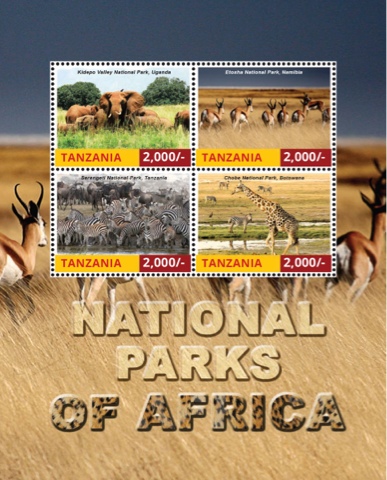 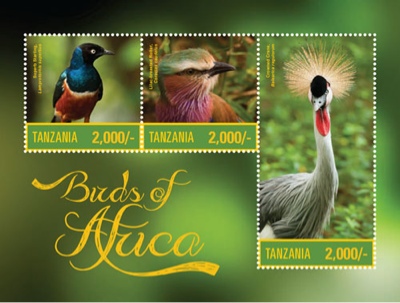 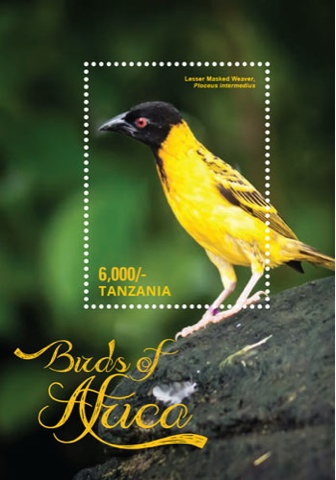 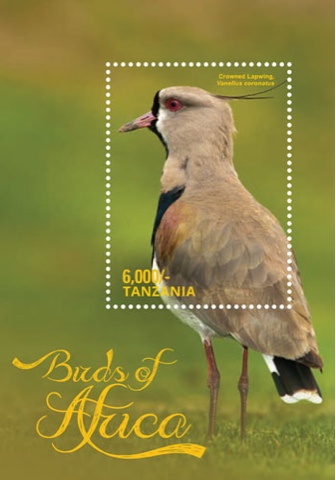 I expect that we will soon see some new "Royal baby" stamps but this time not to commemorate the birth of another great-grandchild of Queen Elizabeth II but instead from Bhutan Post to commemorate the birth of the as yet unnamed Prince, The Gyalsey, who was born to King Jigme Khesar Namgyel Wangchuk and his wife, Jetsun Pema.
It may be a coincidence that Queen Elizabeth II's grandson, The Duke of Cambridge, and his wife are currently on a royal tour taking in India and Bhutan but it seems appropriate that these 2 young royal couples, with their babies born in the past 12 months, are meeting together as depicted below. Perhaps we will not only see "Royal baby" stamps in the near future from Bhutan Post, but also an issue to commemorate the visit of the young British royal family members. 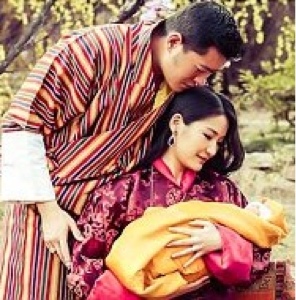 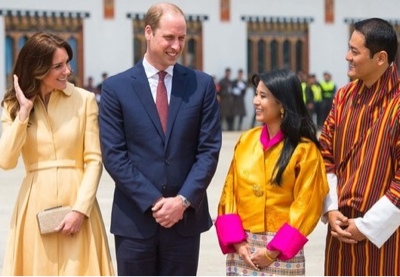 Australia Post seems to have issued a gummed sheetlet of its 2016 "Love To Celebrate" stamps which contains 10 x $1 stamps. Presumably this was released on the date of issue of the individual stamps - 25 January 2016. 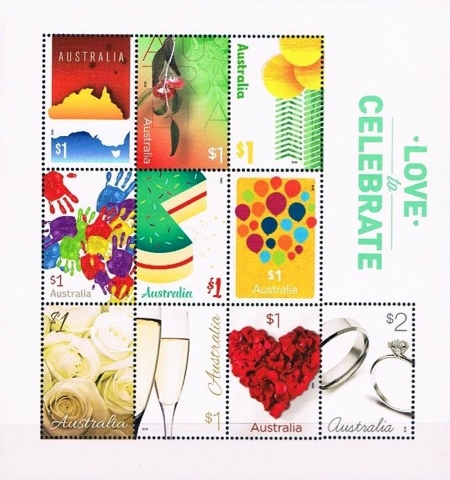 Guernsey Post's contribution to the agonisingly dull 2016 Europa omnibus will be released on 6 May 2016 and will be pleasingly slight - just a single 64p stamp in the standard omnibus design. The issue was designed by PostEurop and lithographed by Lowe-Martin, perforated 13.5. Well done Guernsey in not inflicting more of this stuff on us.
Guernsey Post will also issue a single £2 miniature sheet on 25 May 2016 to commemorate the World Stamp Show to be held in New York and will also pleasingly depict a locally relevant subject on the item - a Golden Guernsey cow.
As I've written before, even including the issues inscribed "Alderney", Guernsey Post seems to be far more modest in its issuing than its sister postal administration, the greedy Jersey Post, whose issues grow increasingly irrelevant to it and yet astonishingly extravagant in face value.
Another week - more stuff from Stamperija. This week the 10 "sheetlets" each of 4 "stamps" and 10 accompanying "miniature sheets" are inscribed with the name of Sierra Leone. The products mainly commemorate anniversaries, often insignificant anniversaries, of international personalities and events, few of which are of any relevance to Sierra Leone itself. The artistic depictions on the stamps of some of the personalities may be described as execrable (some are of these items are shown below).
The subjects featured on these products are the 90th Birthday of Queen Elizabeth II, 55th Birth anniversary of the late Diana, Princess of Wales, 80th Birthday of Pope Francis, 155th Birth anniversary of Rabindranath Tagore (the sheetlet is inscribed "90th anniversary"), 75th anniversary of the Japanese attack on Pearl Harbour, the 2016 "Summer Games", Rio de Janeiro (the design studiously avoids using the word "Olympic" or depicting any Olympic Games symbols presumably to avoid having to pay any royalties associated with such usage), 90th Death anniversary of Claude Monet, 90th Birth anniversary of Marilyn Monroe, 135th Birth anniversary of Pablo Picasso and 260th Birth anniversary of Wolfgang Amadeus Mozart. Rating:- 0.
The stated date of issue was 26 February 2016. 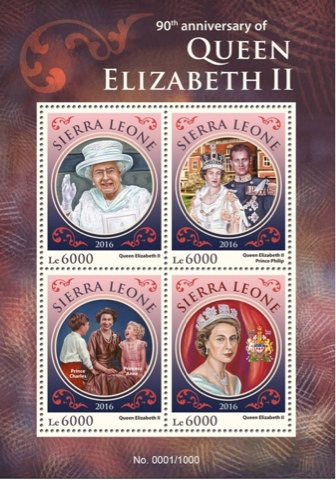 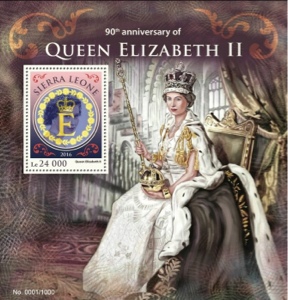 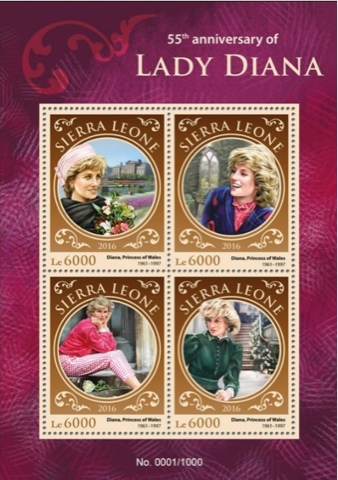 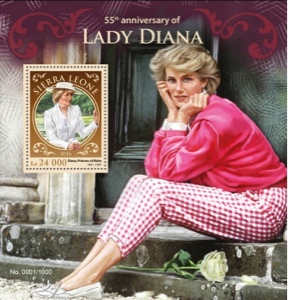 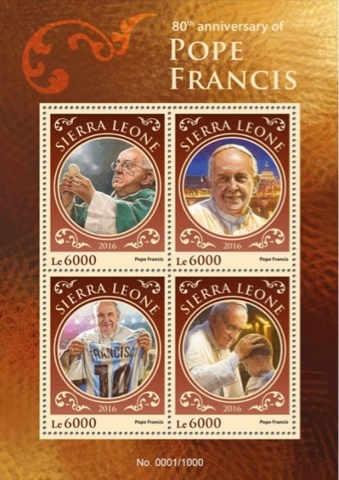 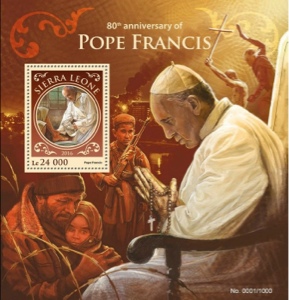 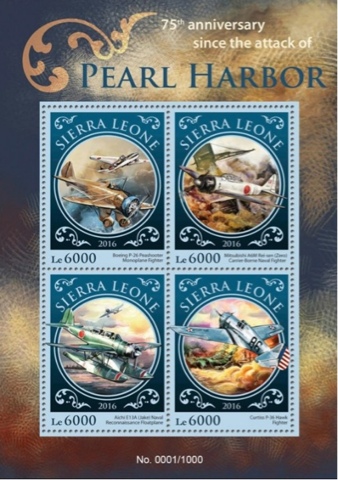 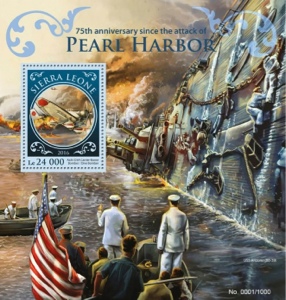 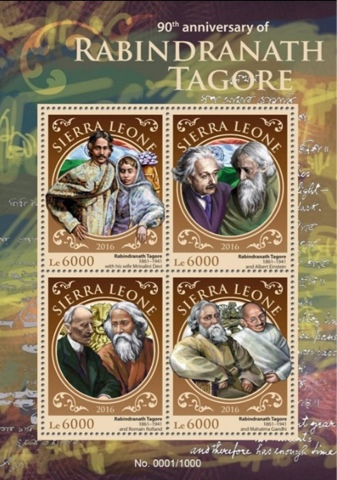 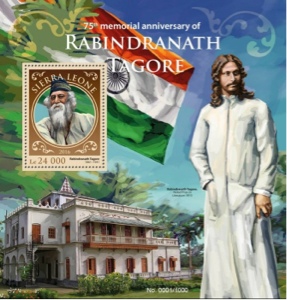 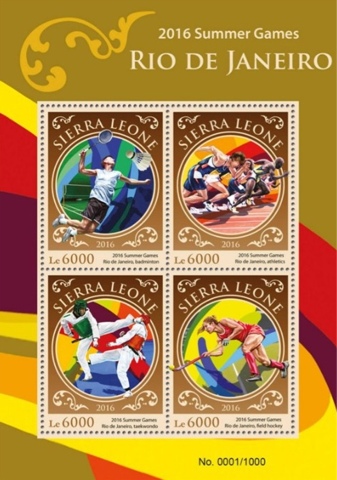 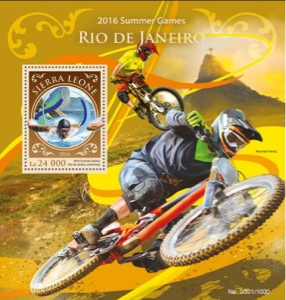