Royal Mail has now released the design of the miniature sheet which will be issued to commemorate the 90th birthday of Queen Elizabeth II on 21 April 2016, the actual date of the Queen's birthday. Royal Mail has been sitting on the design in the hope of getting heightened publicity for the item by leaving the relevation of the issue to the last minute in the belief that the item is something special.
An Internet dealer has already revealed the design of 2 of the stamps in the miniature sheet by offering for sale the counter booklet which contains them (see Blog 743). This issue sees the first appearance of Prince George on a British stamp and he certainly proves to be a scene stealer! Rating:- *****. 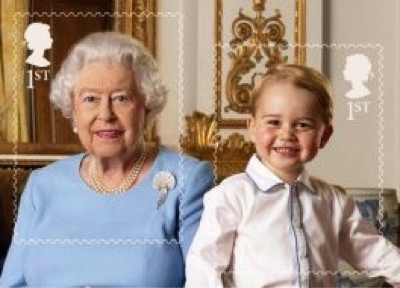 Prince George and his father, The Duke Of Cambridge, are also featured on 2 self-adhesive stamps from a second counter booklet of 6 x 1st stamps - the first was detailed in Blog 743. 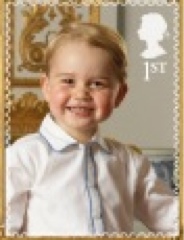 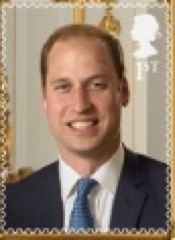 Just to keep collectors on their toes and their hands reaching deep into their pockets are not one but two "Prestige booklets' (each containing 4 different panes) - an ordinary version which is a snip at just £15.11p and a "limited edition" version for which Royal Mail are asking a rather more substantial £59.99p for which you get a different cover, an "Authenticity certificate" and a 22 carat gold foil label at the centre of the pane of definitive stamps. 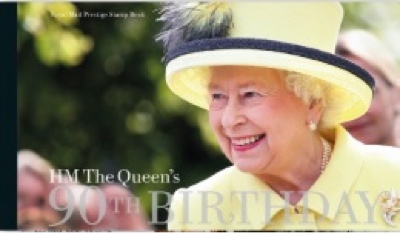 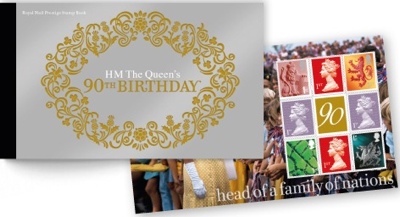 The link between The Isle Of Man and The Royal Artillery, the 300th anniversary of which is to be commemorated on 9 May 2016 by the Isle Of Man postal administration by the release of a set of 6 stamps is shown by the £1.69p value which depicts an officer of the 15th (Isle Of Man) Light Anti-Aircraft Regiment Royal Artillery, a Bofors gun and a north African harbour. the stamp draws attention the the territorial unit from the Isle Of Man served in North Africa, Greece, Italy and North-west Europe as part of 7th Armoured Division, the Desert Rats. The illustration is based on a photograph of the Manxman Lieutenant Cowley taken in North Africa.
Another Manxman, Major J R Drinkwater, is depicted on the £1.27p value. He served in the Royal Field Artillery during the First World War.
The total face value of the set amounts to a hefty £7.30 and the issue was designed by Glazier Design. Rating:- ***.

India Post has released another stamp in its "8th definitive series". This time it is a Rs 4.00 value which features the Indian mathematician Srinavasa Ramanaujan and I presume that the stamp was released some time during April 2016. Rating:- *. 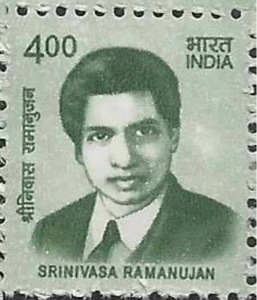 In Blog 741 I illustrated a miniature sheet issued by IGPC, the self-styled "World's most respected philatelic agency", in the name of the postal administration of Tanzania which was on the subject of National Parks of Africa. the stated date of issue was 28 January 2016. The rest of the set, 1 sheetlet of 4 different stamps and 2 miniature sheets, is depicted below. Rating:- 0. 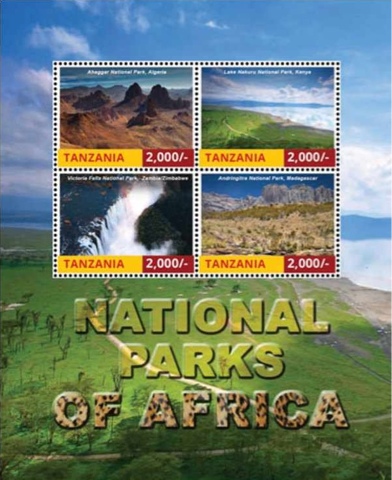 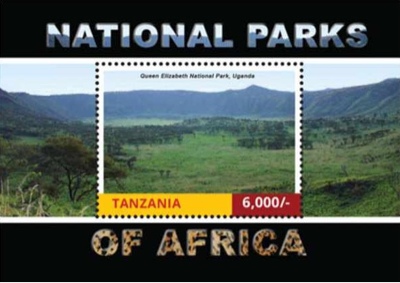 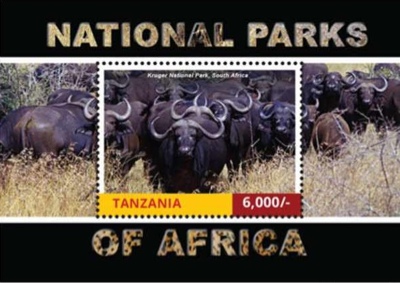 IGPC has also released the following in the name of Tanzania:-
28 January 2016 - Endangered animals of Africa - 2 sheetlets each of 4 different stamps and 2 miniature sheets. Rating:- 0. 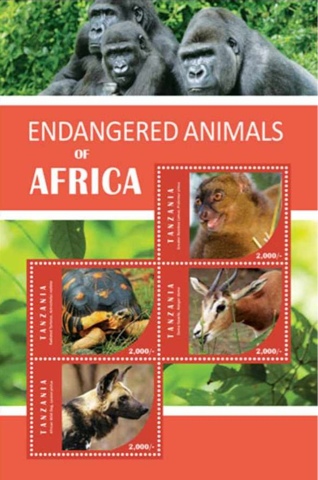 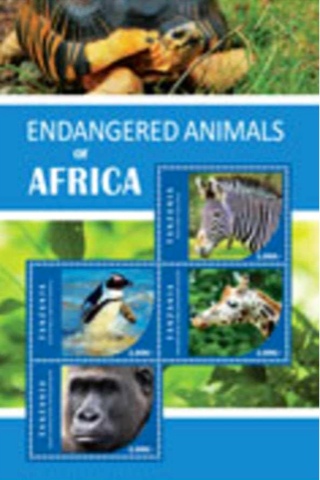 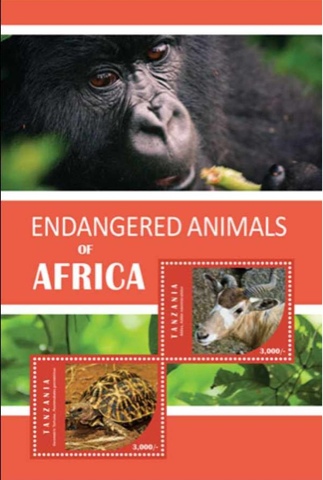 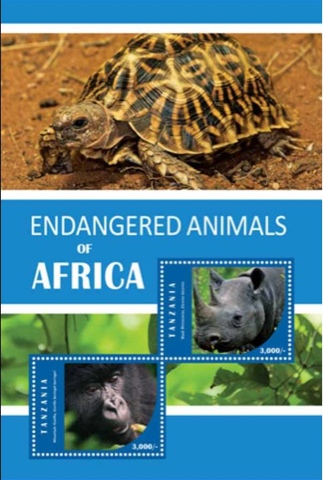 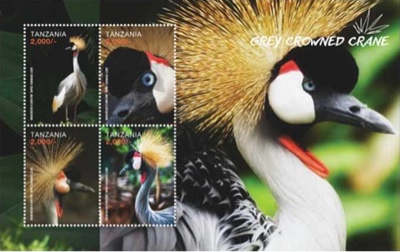 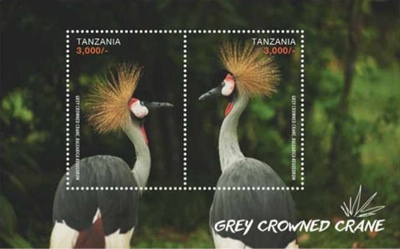 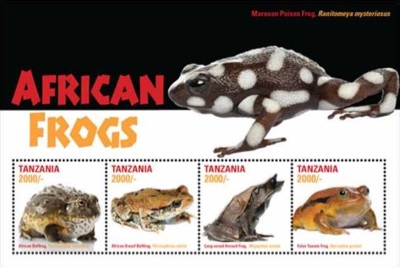 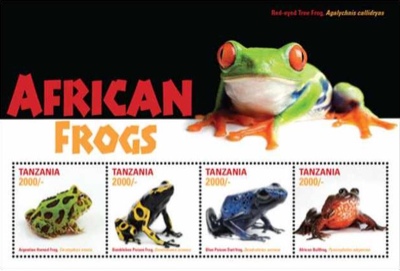 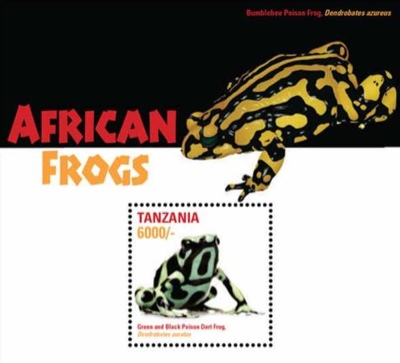 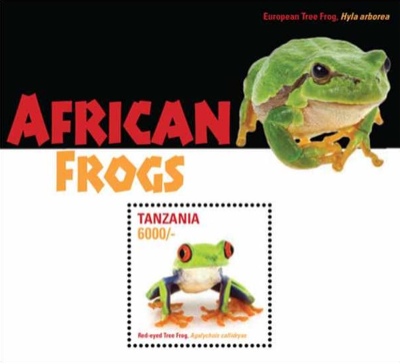