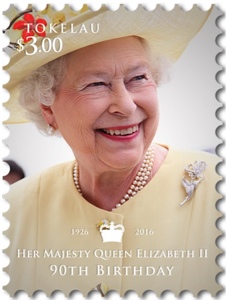 New Zealand Post has revealed 2 more wonderful sets which commemorate the 90th Birthday of Queen Elizabeth II which it has produced on behalf of the postal administrations of Tokelau and Niue.
The set from Tokelau is made up of 4 values which depict some beautifully chosen photographs of The Queen at different stages of her life. The $3 is a lovely portrait of the older queen; the 45c is equally charming showing her as a child with her mother, Queen Elizabeth, and the remaining 2 featured portraits show her with her husband, The Duke of Edinburgh, reminding us that the royal couple will celebrate their platinum wedding anniversary next year if all goes well. Rating:- *****. 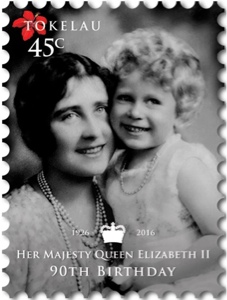 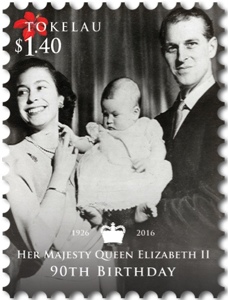 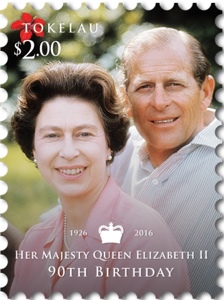 For Niue there are 2 equally charming stamps issued as singles and combined in a miniature sheet which depict The Queen as an infant and in later life. The stamps have a splendidly old-fashioned feel to them. Rating:- *****.
Both sets will be issued on 4 May 2016 and have been lithographed by the Collectables and Solutions Centre, Whanganui. The set for Niue was designed by Jonathan Gray and that for Tokelau by Hannah Stancliffe White. 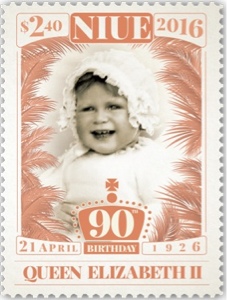 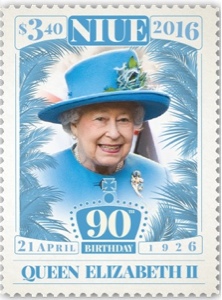 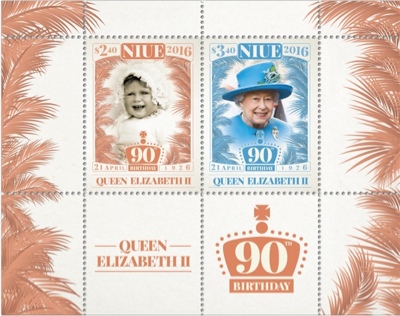 Meanwhile, the items produced by the self-styled "world's most respected philatelic agency", the US-based IGPC, with the inscription "Montserrat" are all together less interesting even if one of the items includes an appealing photographic portrait of Prince George of Cambridge with his tiny sister, Princess Charlotte.
In fact a little catching up seems to be necessary as a sheetlet of 4 different stamps and the accompanying miniature sheet on the subject "Royal Family" seem to commemorate respectively the achievement of The Queen in becoming the longest reigning British monarch and the birth of Princess Charlotte both events which have now been taken over by the Queen's 90th birthday as something to commemorate philatelically. Ho hum! Rating:- *. 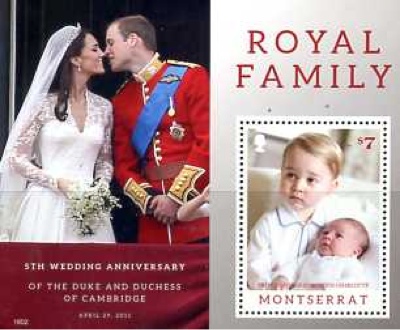 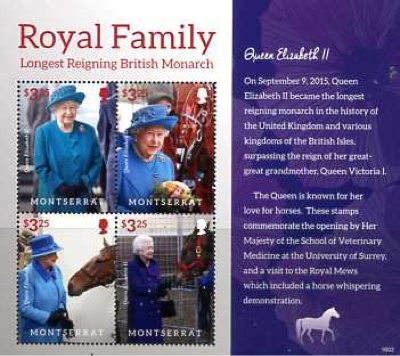 Even worse, is a sheetlet of 4 stamps and an accompanying miniature sheet, again with Montserrat's name printed on them, which have the most banal text inscribed on them - "Cricket is played on a grass field with a ball, bats, and two wickets. The teams consist of eleven players. When a team scores more runs than the other, they win the game!" To whom is that inscription addressed? Does the "designer" of this trite and expensive ($20) stuff not believe that everyone in Montserrat knows the basics of what a game of cricket involves? Rating:- 0. 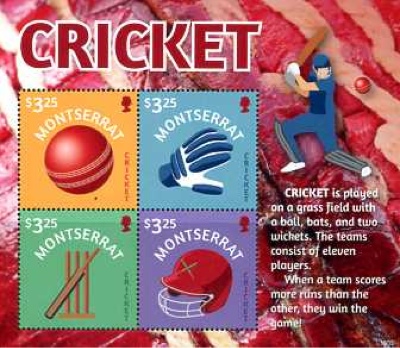 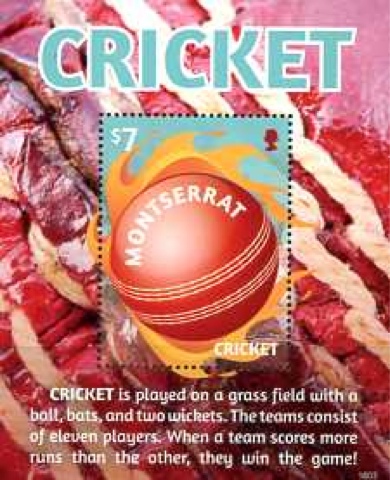 Yet more upcoming issues from Australia Post. A single stamp will be issued on 31 May 2016 to commemorate the Centenary of the RSL (Returned and Services League). It will be released in 2 formats - gummed from a sheetlet of 10 ($10) and self-adhesive from a booklet of 20 ($20) - total cost for "1 of everything" -$30. The stamp was designed by Janet Boschen of Boschen Design and lithographed by McKellar Renown, Perforated 14.5 x 14. Rating:- **. 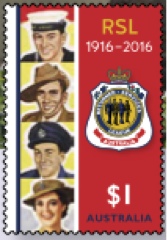 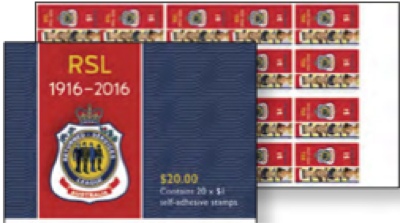 If Australia Post had been serious about intending to help stamp collectors by reducing their number of issues then the next set could easily have been axed and no-one, except Australia Post's bank account, would have been any the worse for it. An issue on the subject of "Nostalgic Fruit Labels" will be released on 7 June 2016 in all sorts of formats.
There will be 4 gummed stamps from sheets of 50 (cost $4), 4 self-adhesive stamps from coils ($4), 4 self-adhesive stamps from booklets of 10 ($10), a "Prestige booklet" ($16.95) and a "Concertina pack" of 4 sheetlets 10 gummed stamps (cost $42). Total cost - $76.95c. This stuff was designed by Jo Mure and lithographed by EgoTrade Pty. and RA Printing (Conc), perforated 14.5 x 14. Rating:- 0. 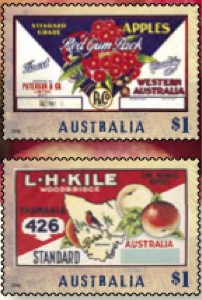 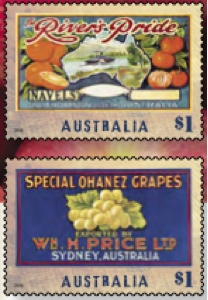 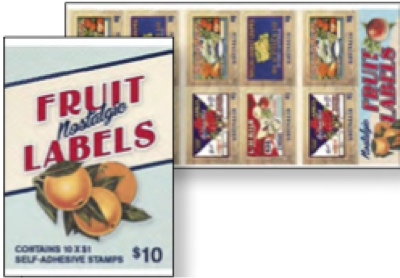 Australia Post will then release an issue inscribed "Australian Antarctic Territory" on 21 June 2016. The issue commemorates Frank Hurley who took many memorable photographs while participating in Shackleton's British Imperial Trans-Antarctic Expedition from 1914 to 1916. The issue was designed by Sonia Young and lithographed by RA Print, perforated 14.5 x 14 and is made up of 5 stamps (total price $9) and a miniature sheet which contains the same stamps (price $9). Rating:- **. 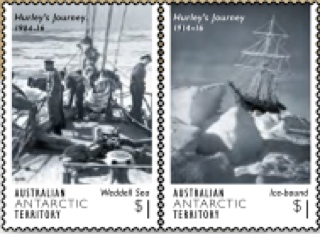 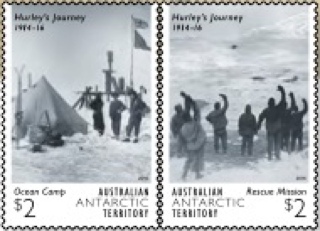 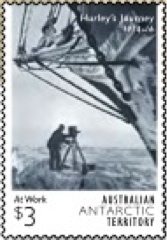