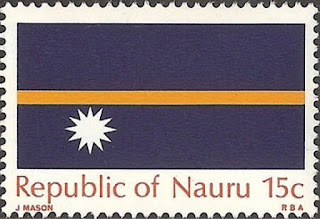 🇳🇷 The postal service, if there still is one, of the Republic Of Nauru, has not issued any stamps, as far as is known, since 12 April 2011. This I think is the second longest period that any Commonwealth philatelic entity has gone without releasing a stamp issue in recent times. Nauru is beaten to the record by Rwanda by several months - its most recent set which depicts gorillas was issued on 15 November 2010. The Rwanda postal service failed to issue a set of stamps to commemorate the 50th anniversary of the country's independence.
So the question I raise is "Will Nauru issue it's first stamps in 7 years by releasing a set to commemorate the 50th anniversary of its independence which falls on 31 January 2018?" The anniversary is only about two and a half months away so hopefully we will soon find out.
2018 will also see the 50th anniversary of the granting of independence to Swaziland and Mauritius - I don't doubt that the postal services of both of these countries will issue stamps to
celebrate these significant local anniversaries. 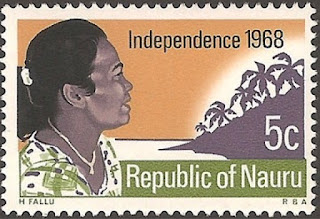 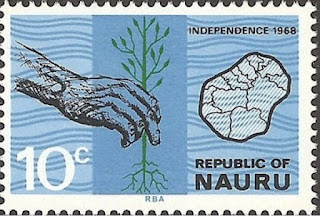 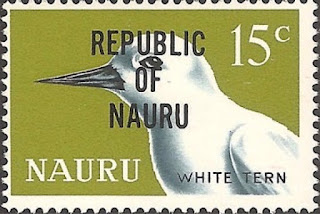 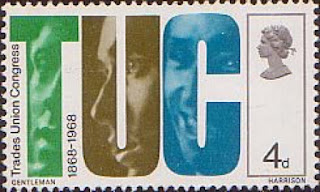 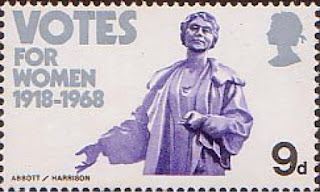 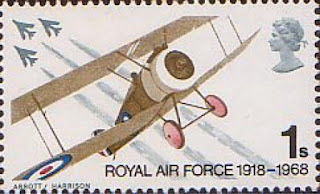 17 April - Reintroduced species
11 May - Centenary of the Old Vic Theatre (another one of those tiresome London-centric issues, there are hundreds of excellent theatres in the U.K. which deserve philatelic recognition)
5 June - 250th anniversary of the Royal Academy of Arts (which of course is situated in London)
26 June - "Dad's Army" - 50th Anniversary of the classic and iconic television comedy. Presumably other classic British comedy television programmes will also be featured in the set, "Fawlty Towers" perhaps.
31 July - Hampton Court Palace - yes, that's another London-centric issue - has Britain ceased to exist outside the M40 road system? 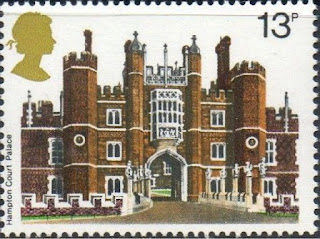 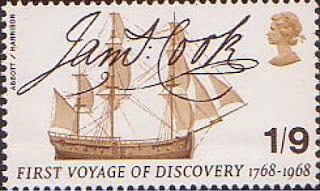 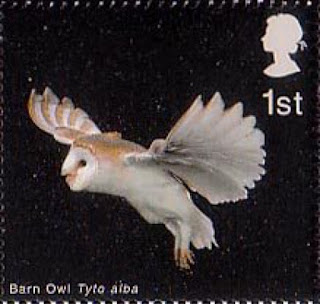 12 September - Post and Go, Postal Heritage - Mail by Cycle, Autumn Stampex 2018 release
13 September - Centenary of the end of the First World War (which surely would have been better issued in November)
16 October - to be announced
1 November - Christmas
14 November - 70th birthday of The Prince Of Wales
November - Lunar new year, Year of the Pig - "Generic sheet".

The Commonwealth Heads Of Government Meeting, otherwise known as CHOGM, will be held in London and Windsor in April 2018. For most postal services this meeting of 52, or 53 countries if The Gambia is readmitted as a member of The Commonwealth at the meeting, would be important enough to warrant a stamp issue but clearly it is not a subject that is likely to sell well to non-collectors looking for a gift for a child for instance who would much rather have yet another set depicting owls (no doubt cashing in on their post-Harry Potter popularity) than a set which reflects Britain's position in the world (if it still has one worth mentioning) and its continuing relationship with countries which are Britain's traditional old friends. The United Kingdom is hopeless when it comes to advertising its friendly relations with foreign countries through the medium of postage stamps when one compares it with postal services such as those of China, Russia and India. In Britain postal collectables are used almost entirely as a means of making money out of the latest popular fad or by appealing to old people's nostalgic sentiments. When it comes to recognising the propaganda uses of the postage stamp Britain's Royal Mail trails miles behind many other postal administrations.
Postage stamps are a very important way, even now, of getting a message across about a country and somewhere Royal Mail is missing a trick which it could be performing on the nation's behalf. 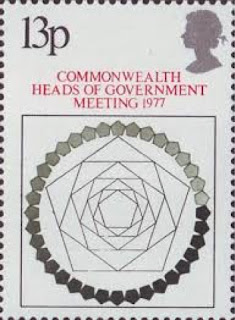