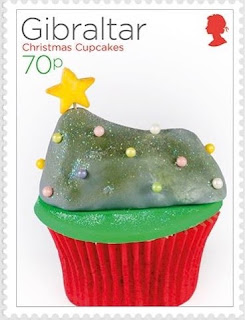 🇬🇮 This year's Christmas stamps from the Royal Gibraltar Post Office are certainly original. The subject of all 6 is "Christmas Cupcakes" and the designs, as usual by Stephen Perera, include cupcakes decorated with a Barbary ape wearing a Father Christmas hat, a representation of the Rock of Gibraltar, a penguin (which doesn't seem to have much of a connection with Gibraltar as far as I can see) and Father Christmas's legs.
The cupcakes themselves were designed by Piece of Cake Bakery and very cheerful these stamps are too for use on Christmas mail from Gibraltar. The set, issued on 2 November 2017, was lithographed by Lowe-Martin. This is a likeable issue but sadly only one of 12 released so far this year by this small territory. Rating:- ***. 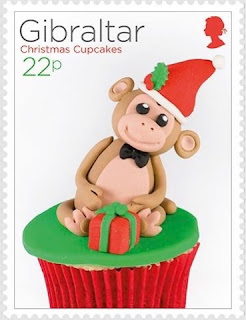 🇲🇾 Pos Malaysia issued a single stamp on 8 November 2017 to commemorate the 150th anniversary of the Sarawak state legislature. An interesting stamp which depicts the current legislature building and the earliest such building. Rating:- ****.

🇿🇦 The South African Post Office issued a miniature sheet which commemorates the Centenary of the birth of Helen Suzman, the anti-apartheid activist and politician, on 7 November 2017. A dignified design and worthy subject. Rating:- ****. 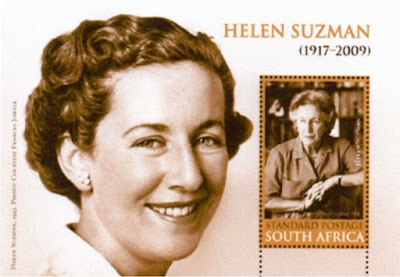 🇱🇰 Sri Lanka Post issued a stamp and a miniature sheet on 2 November 2017 to commemorate the holding of the 7th World Buddhist Supreme Conference in Sri Lanka. The miniature sheet in particular is an attractive and interesting item. Rating:- ****. 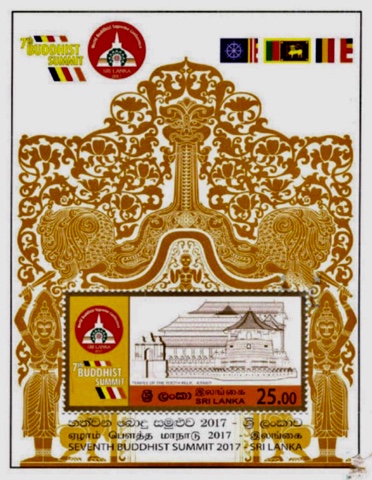