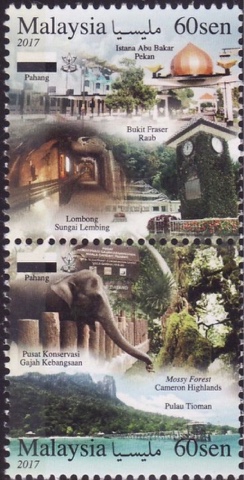 🇲🇾 Pos Malaysia issued a set of 6 stamps on 21 November 2017 on the subject of Tourist destinations in Malaysia, specifically in Perak, Terengganu and Pahang. Each state has a se-tenant pair dedicated to it and a number of tourist sights are depicted on the stamps as well as the state flags. The designs are interesting but probably over-complicated. Rating:- ***. 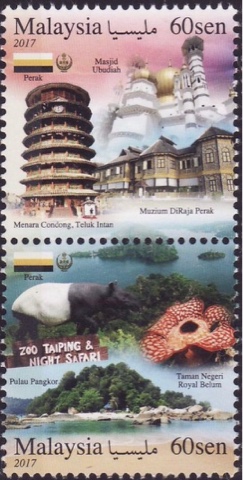 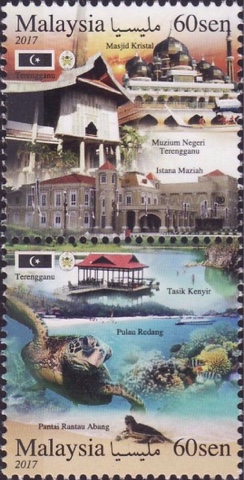 🇨🇦 Canada Post has outlined its new issue programme for 2018:- 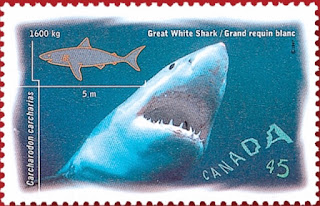 Canada Post has also issued a single stamp in a booklet of 10 to commemorate the Jewish festival of Hannukkah on 20 November 2017. The stamp was designed by Angela Carter of Entro Communications. Rating:- ***. 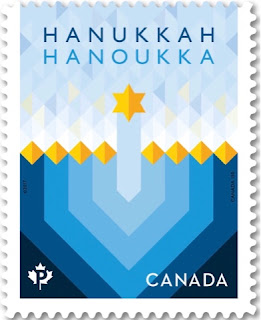 🇯🇪 In Blog 1122 I included illustrations of 2 of the Jersey Post Post and Go stamps with additional inscriptions for Christmas 2017 and I now illustrate below another item from this issue - the "Jersey Flag" stamp with inscription in English:-