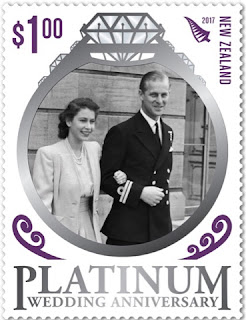 🇳🇿 New Zealand Post will issue a set of 6 stamps and 1 miniature sheet on 20 November 2017 to commemorate the Platinum Wedding anniversary of Queen Elizabeth II and The Duke of Edinburgh. The very attractive set was designed by Jonathan Gray and lithographed by Southern Colour Print and perforated 14.5 x 14. Rating:- ****. 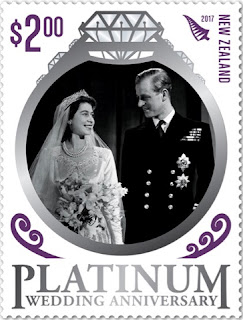 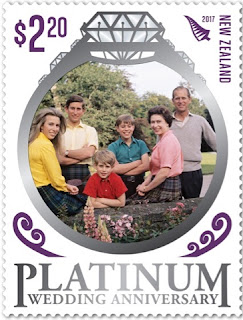 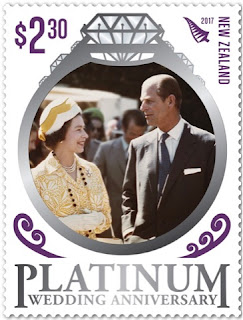 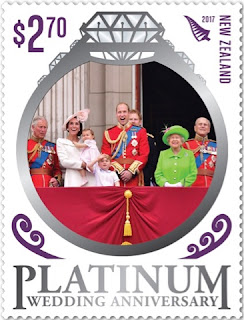 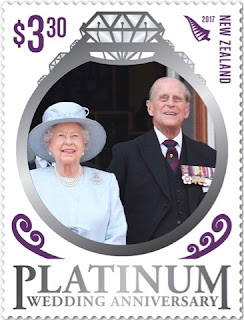 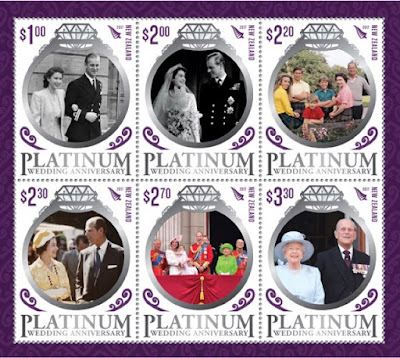 🇳🇺 The royal Platinum Wedding anniversary will also be commemorated by the postal service of Niue on 20 November 2017 by the issue of 4 stamps and 1 miniature sheet. The issue was designed by Jonathan Gray and lithographed by the Collectables and Solutions Centre in Whanganui and perforated 13.5. Rating:- ****. 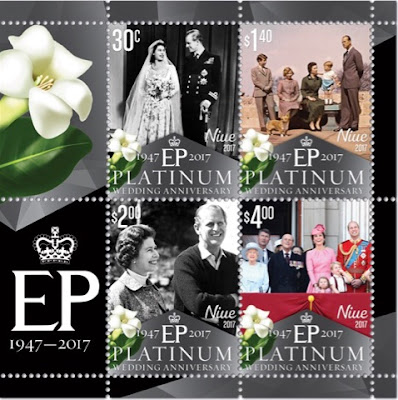 🇹🇰 The postal service of Tokelau will also issue 4 stamps and 1 miniature sheet on 20 November 2017 to commemorate the Platinum Wedding and like the set from New Zealand the issue was designed by Jonathan Gray. The issue was lithographed by the Collectables and Solutions Centre in Whanganui and perforated 13.5. Rating:- ****. 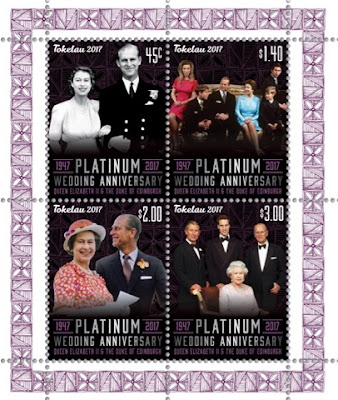 🇬🇬 Guernsey Post will issue its "Guernsey Flag" Post and Go stamps with an additional inscription from its Envoy House Headquarters kiosk GG02 from 4 to 22 December 2017 to mark Christmas. The additional inscription reads "Season's Greetings 2017". The issue will be available in a strip of 6 different values and cost £4.06p and Guernsey Post will charge customers an additional 50p to vend stamps on customers' behalfs. Rating:- 0. 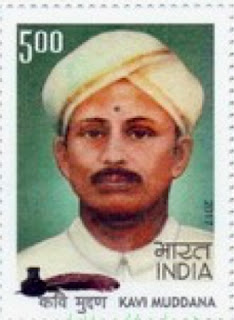 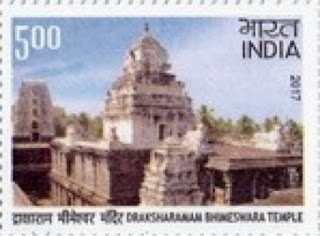 The third stamp commemorates Adikavi Nannaya who was an 11th century author who wrote a Telugu retelling of The Mahabharata. Another interesting stamp. Rating:- ***. 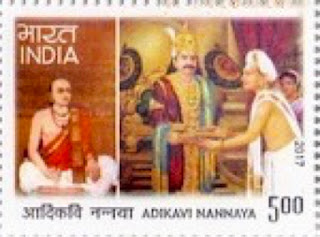 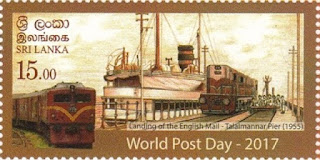 🇱🇰 Sri Lanka Post issued a pair of stamps and 1 miniature sheet on 9 October 2017 to commemorate World Post Day. The various interesting designs depict aspects of Ceylon's postal history - the Rs15 depicts the landing of the English mail at Tataimannar Pier in 1955 and the Rs35 depicts the Travelling Post Office. An excellent set. Rating:- *****. 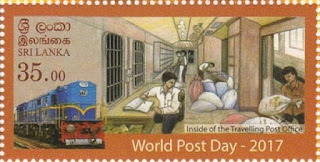 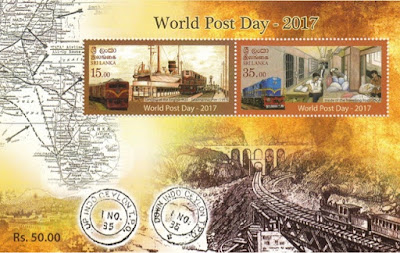