🇬🇧 No-one will be surprised to discover that the previously mysterious stamp issue due to be released by Royal Mail has been revealed on its website to be a commemorative issue to mark the 70th Wedding anniversary of Queen Elizabeth II and The Duke of Edinburgh. The issue date is 20 November 2017. The issue takes the form of a miniature sheet containing 6 different stamps and is one of those dull monochrome items with which Royal Mail likes to mark a happy event or anniversary. The design is by Mytton Williams and the issue was lithographed by International Security Printers and is perforated 14. Very dull. Rating:- **.
🇵🇰 Pakistan Post issued a single 6 sided stamp on 1 November 2017 to commemorate the 125th anniversary of the Government Islamia College at Railway Road in Lahore.The stamp was designed by Mughiz Khan and lithographed by National Security Printing Corporation In Karachi. An unusual stamp. Rating:- ***. 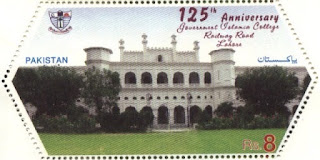 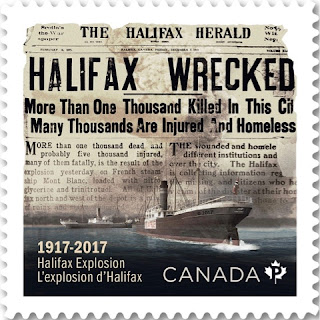 🇨🇦 Canada Post issued a single self-adhesive stamp sold in booklets of 10 on 6 November 2017 to commemorate the Centenary of the explosion on board the ship Mont Blanc in Halifax Harbour (correction made from earlier text - see comment below) which resulted in the death of more than one thousand people and the injury of 9000 others. The issue was designed by Larry Burke and Anna Stredulinsky of Burke and Burke. Rating:- *****. 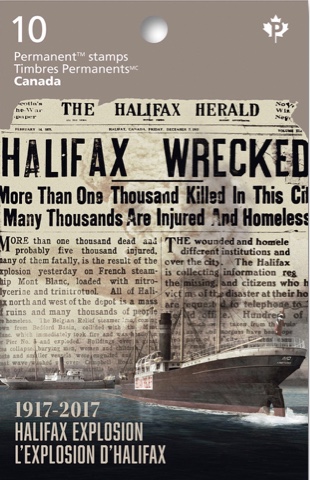 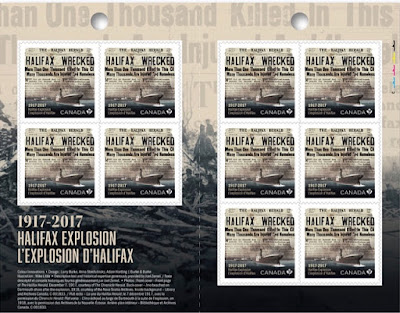