1123. 🇸🇭 Expedition To The Atlantic Islands. 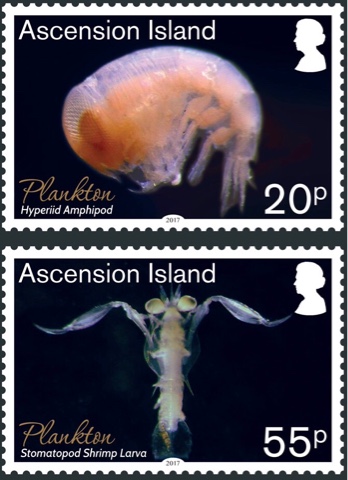 🇸🇭 The postal service of Ascension Island will issue a set of 6 stamps on 6 December 2017 on the subject of "Plankton". The set is made up of some very unusual photographs depicting a rarely featured subject and it's always good to have a set with a touch of originality to it. The stamps were designed from photographs taken by the Conservation Department of AIG and lithographed by Cartor and perforated 13.5. Rating:- *****. 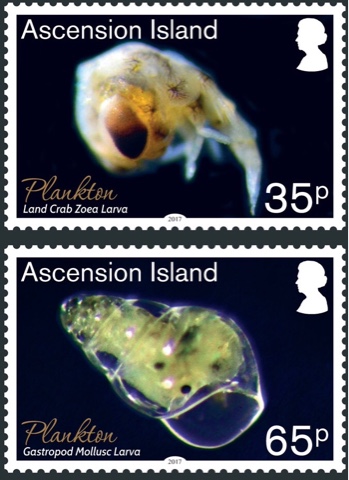 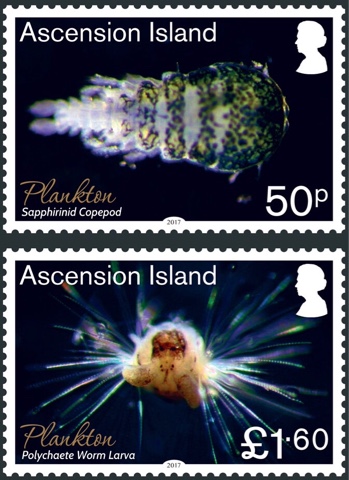 🇸🇭 The postal service of Ascension's distant neighbour, Tristan Da Cunha, will issue a set of 4 stamps on 7 December 2017 to commemorate the 80th anniversary of the Norwegian Tristan Expedition.
This expedition, led by the botanist Erling Christopherson, lasted for 4 months and had 13 participants from various disciplines. Among those on the expedition were a physician and a dentist as well as a sociologist who studied the 188 Tristanians living on the island at the time. The dentist, Sognnaes, who had arrived on the island with his dentist's chair and equipment and who was intrigued by the good dental health in the population, wanted some of the islanders' teeth to study so he bargained a tooth for a chocolate bar! This would probably not be considered to be ethical research in these modern times!
I particularly like the £1 stamp which depicts some of the islanders lined up in front of the physician, Dick Henriksen, who is testing them for tuberculosis. Apparently their general health was as excellent as their teeth. The stamp gives us a good impression of the way people looked and dressed on the island at that time - it does look as though everyone put on their "Sunday Best" when they were off to see the Doctor".
The biologists did field work on Tristan and Inaccessible and Nightingale Islands and, after returning home, were able to publish about 50 papers resulting from their researches.
This fascinating issue was designed from photographs of the Museum of University History of the University of Oslo with production being co-ordinated by Creative Direction and printing in lithography by Cartor. The stamps are perforated 13.5. A truly interesting issue. Rating:- *****. 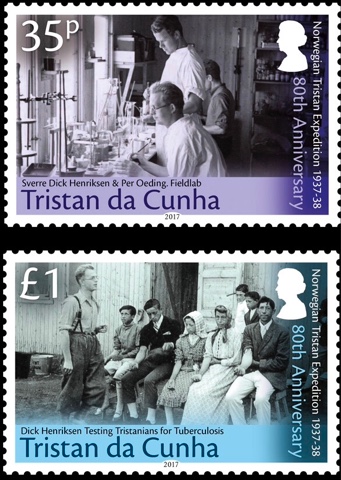 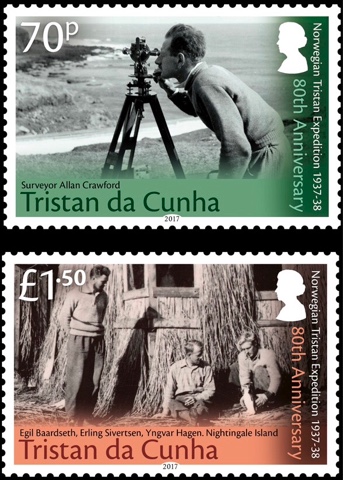 Many thanks to Juliet Warner of Pobjoy Stamps for the information about the 2 above issues.