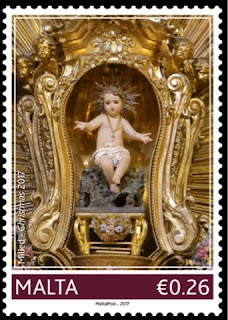 🇲🇹 Malta Post will issue a set of 4 stamps to celebrate Christmas on 17 November 2017. The designs by Mark Micallef Perconte depict charming figurines of the infant Jesus which are to be found in four different churches in the island. The issue was lithographed by Printex and is perforated 14. Rating:- *****. 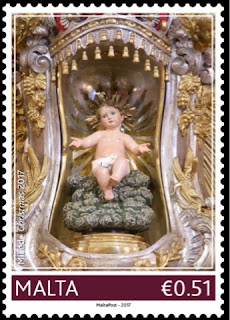 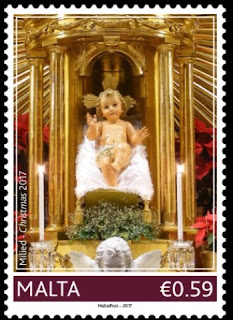 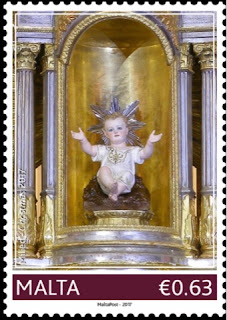 🇮🇳 India Post issued 2 stamps and 2 miniature sheets on 14 November 2017 to commemorate Children's Day. The designs, based on children's art, depict birds and their nests and are pleasing, colourful and charming. Rating:- ****. 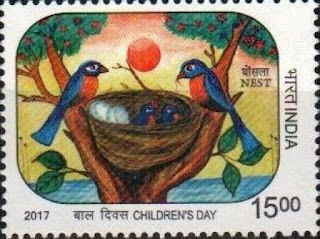 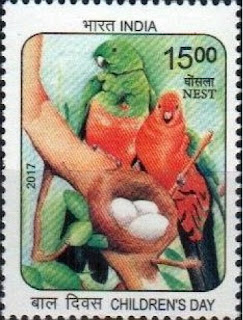 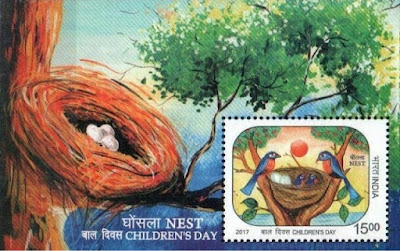 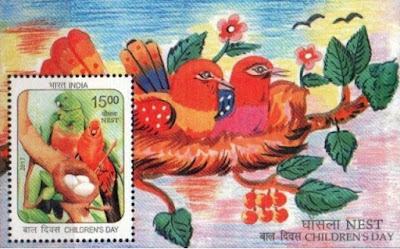 🇨🇰 Few philatelic entities issue, or have issued on their behalf, as many WWF, Worldwide Fund For Nature, stamps as the postal administration or its philatelic agents, Philatelic Collector Inc., of Cook Islands. In 2016 there were 2 sets - one with the name of Aitutaki printed on it and one inscribed with the name of Rarotonga. Now we have 2 more issues - inscribed Cook Islands or Penrhyn - which each appear to be made up of 4 stamps and 1 miniature sheet which contains 2 se-tenant strips of four. The Cook Islands-inscribed set is on the subject of the Bristle-thighed curlew and that inscribed Penrhyn portrays the Bennett's butterflyfish. These stamps are not terribly interesting especially the Penrhyn set - you can only depict a fish in so many ways - swimming to the right or swimming to the left or perhaps swimming towards the observer or away from him - the designer has missed the chance of using the last two of these postures so all we are left with is a fish swimming to the right or to the left. Ho hum. Rating:- **. 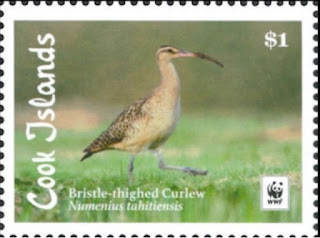 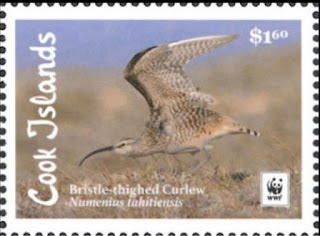 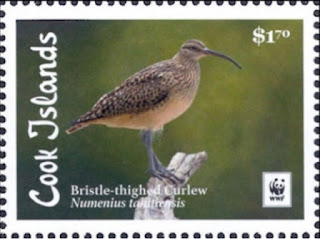 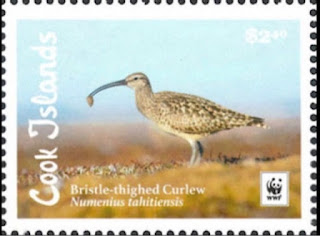 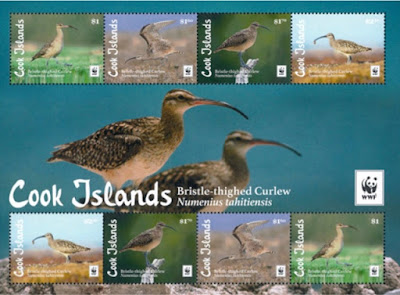 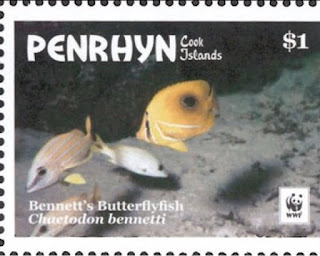 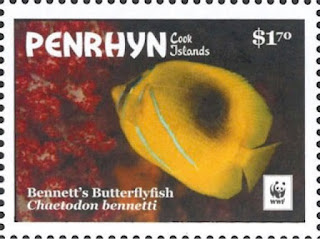 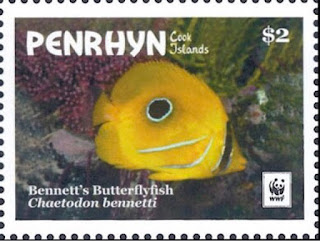 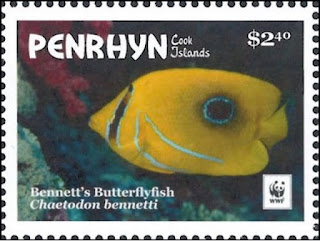 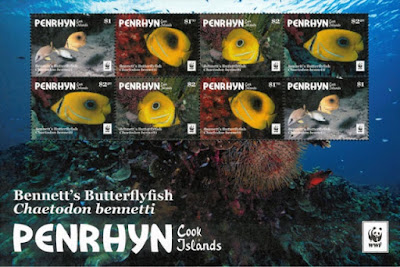