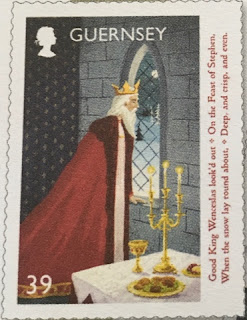 🇬🇬 Guernsey Post plans to issue 14 stamps as its Christmas issue - 7 will be inscribed "Guernsey" and the remainder will be inscribed "Alderney". Both subsets will be issued on 8 November 2017 and are on the theme of "Christmas carols". The stamps, designed by Keith Robinson, are pleasant enough though nothing we haven't seen before. The "Guernsey" stamps depict scenes from the traditional carol, "Good King Wenceslas" and the Alderney issue depicts scenes from "The Holly And The Ivy". The issue is self-adhesive with "simulated" perforations and was lithographed by Southern Colour Print. Each subset costs £4.45p with a total face value of £8.90p. The total population of Guernsey is about 65,000 and that of Alderney is about 2,000. Collectors will draw their own conclusions about whether such a small population needs 14 different Christmas stamps. Rating:- **. 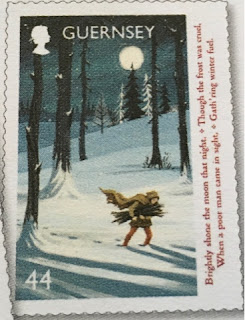 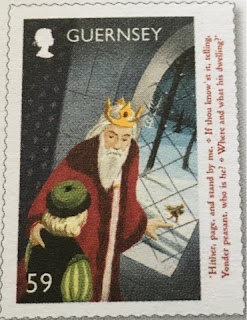 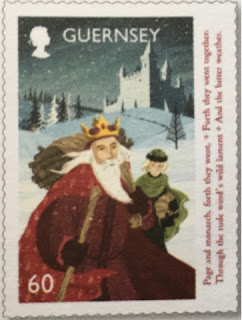 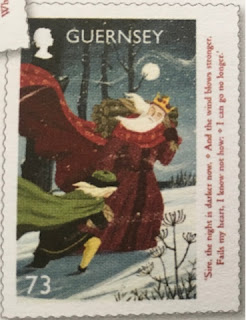 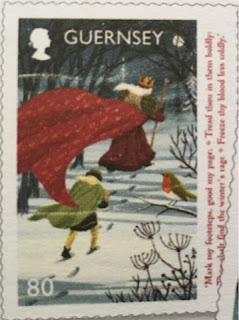 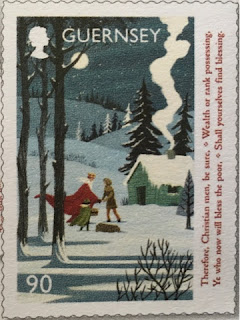 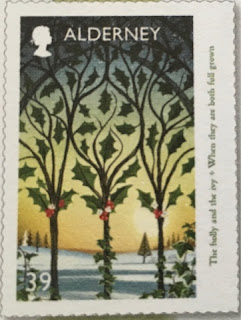 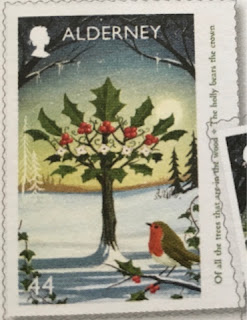 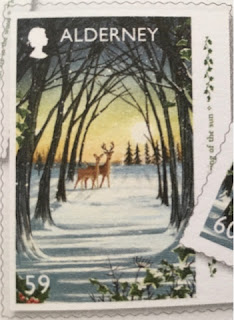 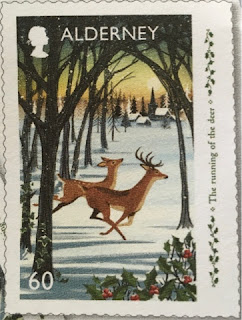 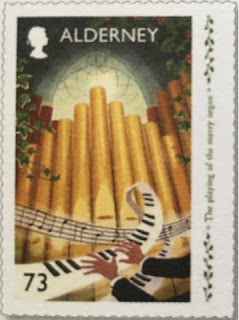 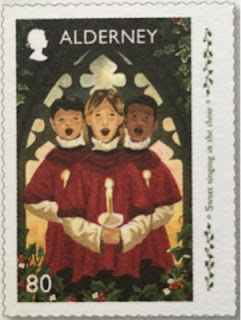 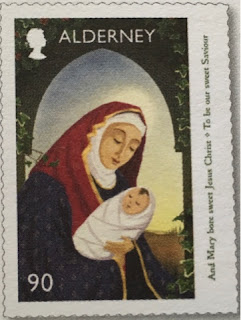 Three days after these 14 stamps, Guernsey Post will issue a set of 6 stamps (cost £4.06p) and a Prestige booklet (cost £16.24p) as the 4th part of its commemoration of the Centenary of the First World War (see Blog 1088) having also issued a set of 6 stamps on 8 November 2017 to commemorate the Platinum Wedding Anniversary of Queen Elizabeth II and The Duke of Edinburgh.

The Platinum Wedding set was designed by Two Degrees North and lithographed by Enschedé and perforated 13.5. I'm sure that collectors are thoroughly bored with the never ending release of countless stamps related to the British royal family though I can understand the wish and need for territories of which Queen Elizabeth is the monarch to release sets honouring her. This set appears to be exceptionally dull. Rating:- **. 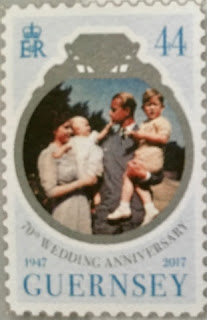 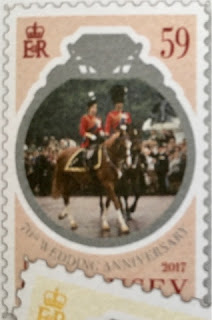 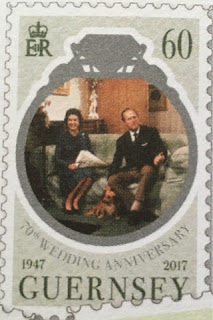 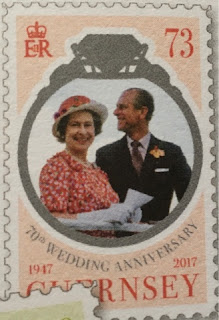 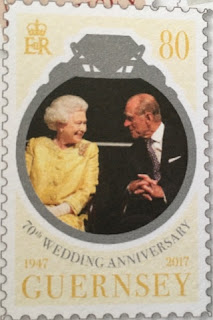 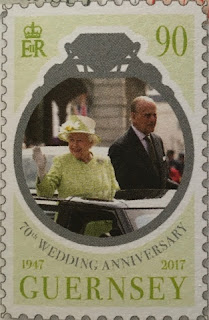 So, with 26 stamps being issued in just 4 days, what little gems are Guernsey Post planning to try to sell us next year? Do we care?
The 2018 programme lists 14 issues but says nothing about additional planned sets such as the "Visiting cruise ships" Post and Go stamps and other special Post and Go issues. 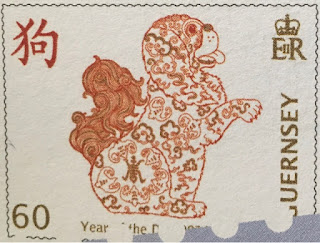 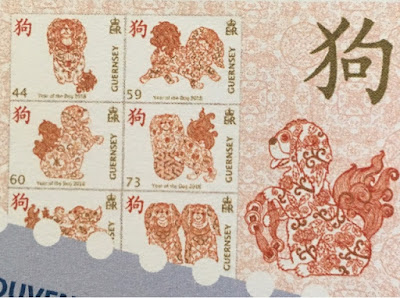 🇮🇳 India Post issued a single stamp on 11 October 2017 to commemorate the late Nanaji Deshmukh (1916 - 2010) who was a social activist working in the fields of education, health and rural self-reliance. Rating:- **. 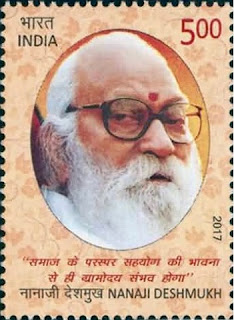 🇬🇧 In Blog 1098 I included depictions of the no fewer than 12 Christmas stamps which will be issued on 7 November 2017 by Royal Mail. There will also be 2 "Generic" (Smilers) sheets, each made up of 20 stamps with attached labels. The price of the first sheet will be £16.40p and it will include 4 x 2nd Class stamps and 4 x 1st Class stamps and 1 each of the other values. All designs featured in the first sheet are religious in nature. Rating:- 0.
The second sheet is made up of 10 x 1st and 10 x 2nd Children's art competition stamps with attached labels and will be sold for £12.60p. Rating:- 0. 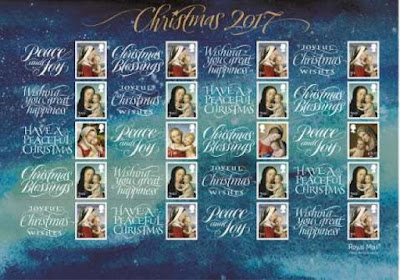 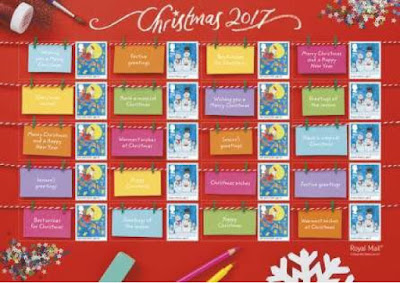 Not content with the above items, Royal Mail will then issue another similar sheet on 16 November 2017 on the subject of "The Year of The Dog". The sheet contains 20 x 1st "Fireworks" stamps with attached labels. Rating:- 0. 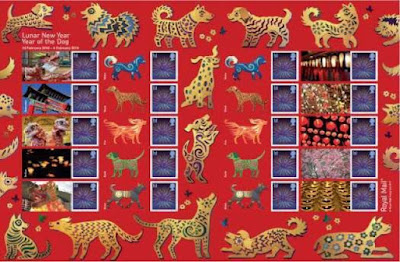