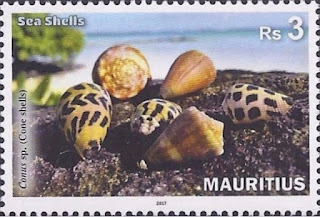 🇲🇺 Mauritius Post issued a very attractive set of 4 stamps and 1 miniature sheet on 9 October 2017 (World Post Day) on the subject of Sea shells of Mauritius. This is one of the best sets to have been issued by Mauritius for a long time. Rating:- *****. 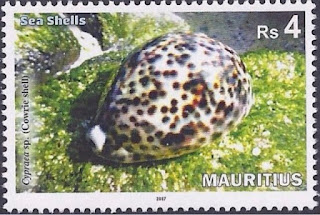 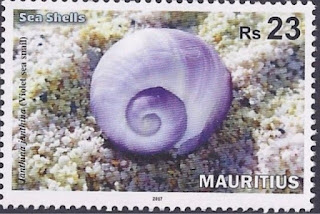 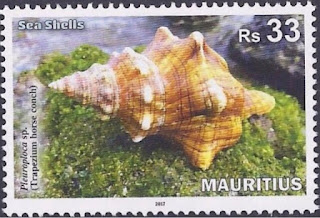 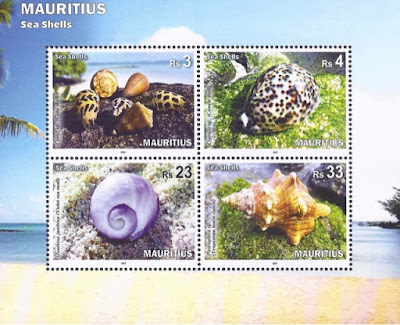 🇧🇸 The Bahamas Post Office will issue a set of 4 stamps on 30 October 2017 as its Christmas issue, the subject being Christmas plants. This is a very attractive set which was designed by Andrew Robinson and lithographed by Lowe-Martin and perforated 13. Rating:- *****.
Thanks to Juliet Warner for the information about this issue. 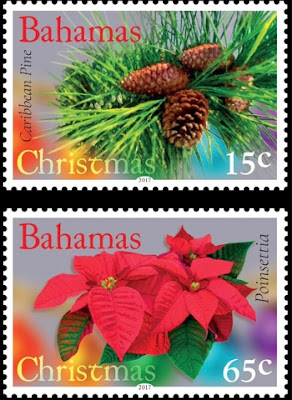 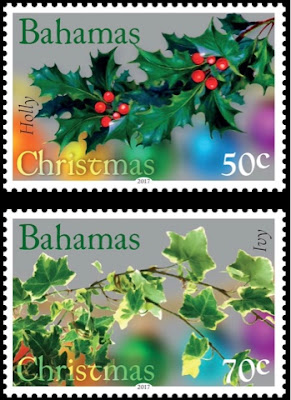 🇬🇧 In Blogs 1084, 1091 and 1093 I wrote about the Royal Mail Post and Go stamps dispensed at three party political conferences in recent weeks. The Scottish Nationalist Party held its annual conference in Glasgow from 8 to 10 October 2017 where Kiosk M007 dispensed 1st and 2nd Class Machin Head stamps with the added inscription "Glasgow/2017". The 1st Class stamps have the code  MA14 and the second class stamps have the code MA15. Examples of the two types are depicted below:- 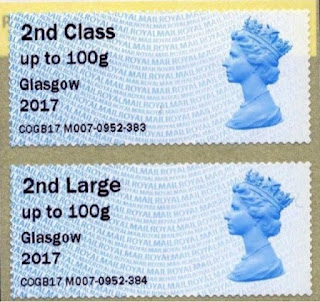 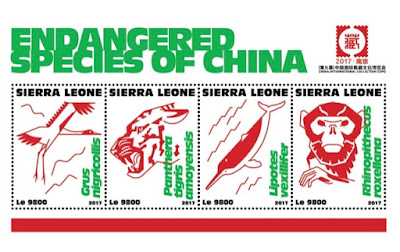 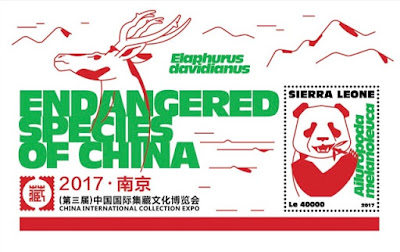 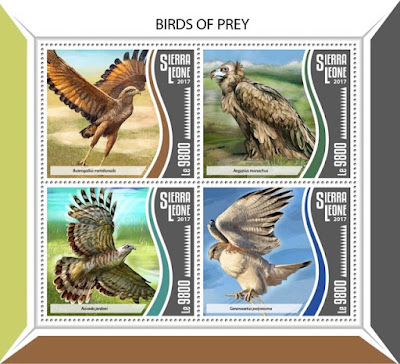 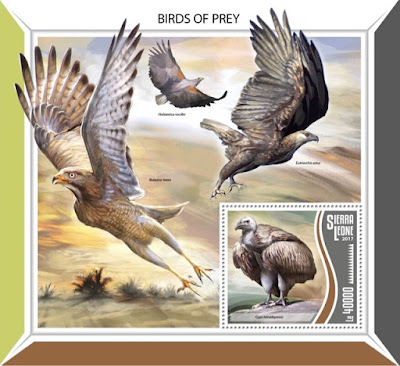