🇲🇺 Mauritius Post issued a single stamp on 28 September 2017 to commemorate the Birth centenary of the Mauritian artist Serge Constantin. The design by Mauritius Post depicts a painting titled "Night fall, Belle Etoile". This is an attractive stamp and makes me think that a set of say, 4 or 6 stamps, might have been a good idea to give us more of an understanding of the work of this local artist. Rating:- *****. 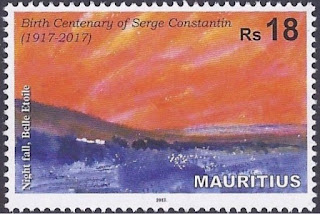 🇧🇲 Meanwhile I have received a set of 4 stamps from the Bermuda Post Office among the latest batch of new issues sent from my new issue dealer. The subject is "Tall ships". Another attractive and straightforward set but I can so far find no information about the issue. If you're producing new stamps and trying to sell them, doesn't it help to publicise them to collectors who might want to buy them? Sloppy marketing. Rating:- ****.
Post scriptum - a seller on an internet auction site gives the date of issue as being 31 August 2017. 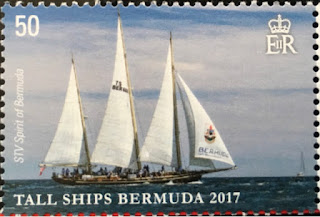 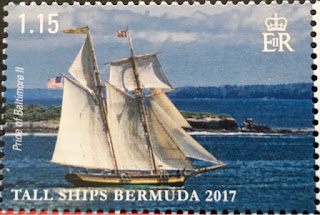 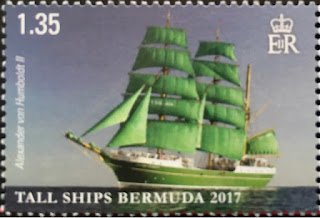 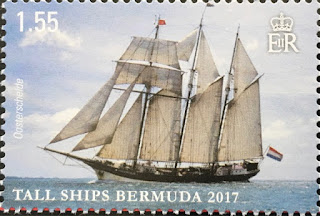 🇬🇧 In Blog 1091 I mentioned the Royal Mail Post and Go stamps which were being sold at the Labour Party Conference in Brighton last week and kiosk M007 has now been resited to Manchester where the Conservative Party is holding its annual conference from Sunday 1 October to Wednesday 4 October. As in the case of the Labour Party Conference "Machin Head" stamps have received an additional inscription which reads "Manchester/2017". The code on the 1st Class strip is MA14 and that on the 2nd Class pair is MA15. With so much going on in British politics at the moment these make interesting and potentially historic miniature documents. Rating:- *****. 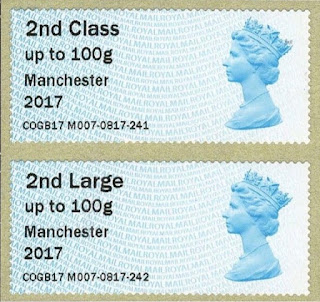 🇿🇼 In Blog 1064 I mentioned a set of 4 stamps on the subject of "Exotic dairy cows" which was issued by Zim Post, the postal service of Zimbabwe, on 22 August 2017. The set was accompanied by a miniature sheet which is now depicted below:- 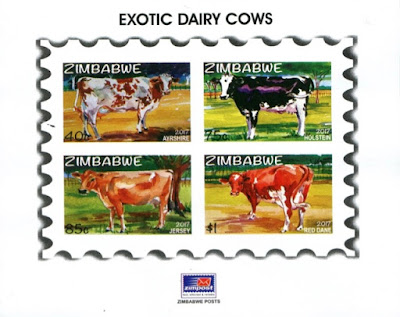