🇿🇦 The South African Post Office issued a miniature sheet containing a single stamp on 11 October 2017 to commemorate the National Philatelic Exhibition "Sapdapex 2017". The item carried a surcharge and was sold for R20 with the additional charge going to "Philatelic Promotion". Rating:- ***. 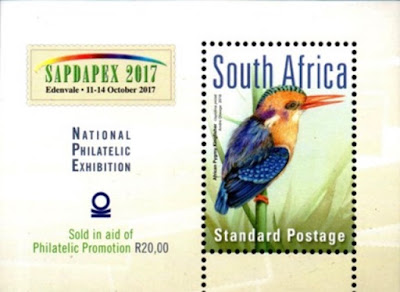 The South African Post Odfice had previously issued a single stamp miniature sheet on 8 September 2017 on the subject of Homo Naledi, a hominid of whom fragments of a skeleton had been found in South Africa. An interesting issue. Rating:- ***. 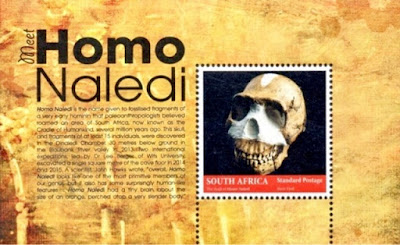 Five self-adhesive stamps in a sheetlet were issued on 6 October 2017 to celebrate "Winemaking in South Africa". I like this set very much and it's not really a subject we find depicted on stamps all that often. Rating:- ****. 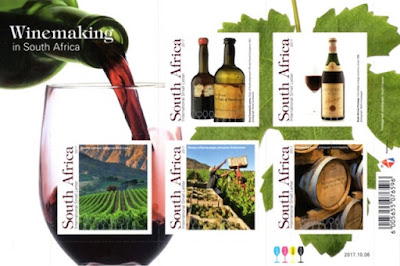 Two self-adhesive stamps were also issued on 9 October 2017 to commemorate World Post Day and to commemorate the 50th anniversary of mail sorting by machine. These are quite complicated designs but are still interesting especially for those interested in postal history. Rating:- ***. 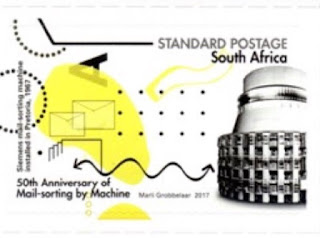 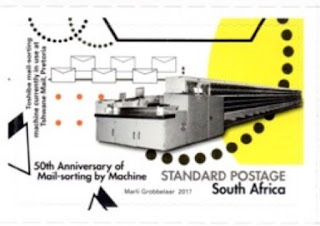 🇲🇾 Pos Malaysia issued 4 stamps on 9 October 2017 to commemorate World Post Day with the theme being "Postcrossing". The stamps were issued in sheetlets of 10 with 5 x 2 designs featuring in one sheetlet and 5 of each of the others in the second sheetlet. I'm not very keen on stamps which feature cartoons as this set does and I don't think that they are as amusing as Pos Malaysia may believe them to be. Rating:- **. 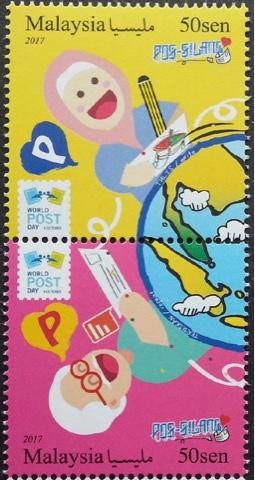 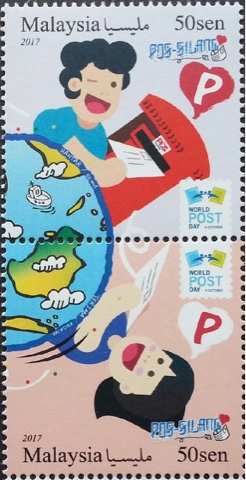 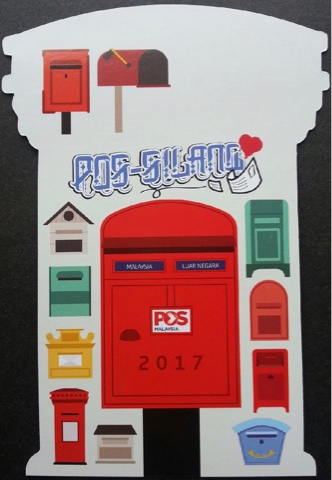 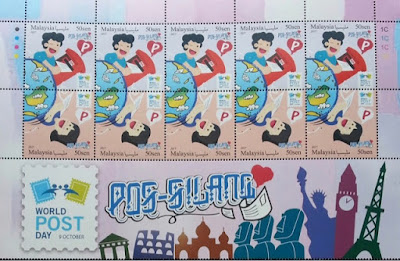 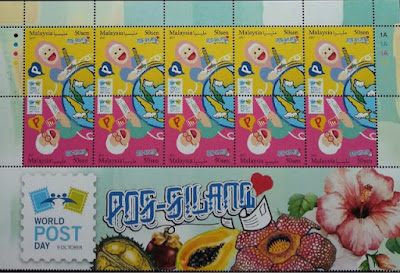 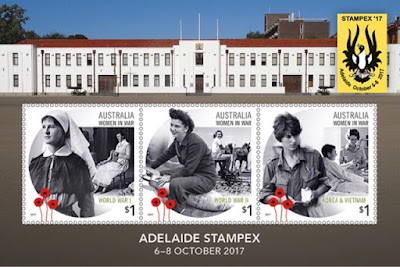