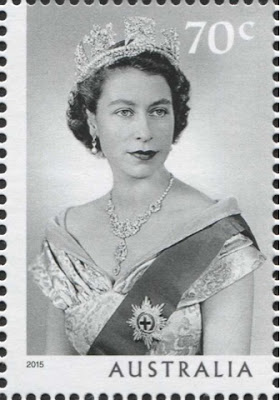 I now illustrate the set of 5 stamps (which will be gummed with self-adhesive varieties) and miniature sheet which Australia Post will release on 9 September 2015 which is titled "Long May She Reign" and is connected withQueen Elizabeth II becoming the longest reigning monarch in British history on that date (see Blog 622). The issue was designed by Australia Post and lithographed by R A Print. Rating:- *****. 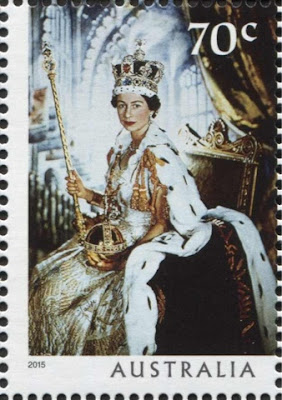 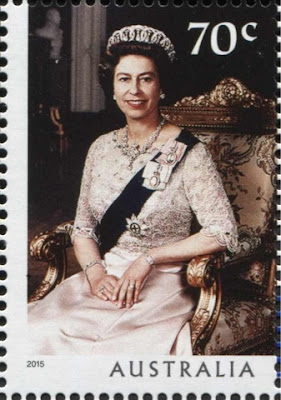 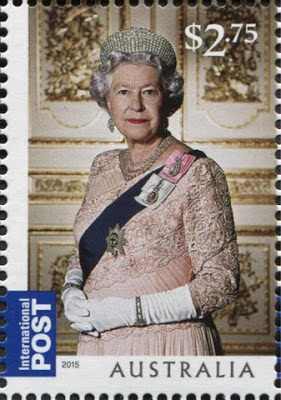 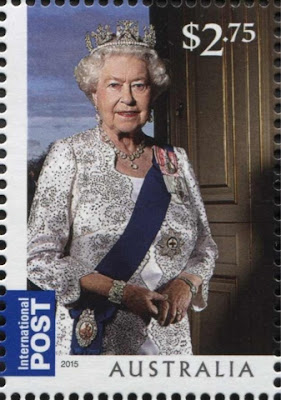 Australia Post will also be commemorating other international figures, frequently depicted on items from agencies such as Stamperija or IGPC, with a set of 3 stamps titled "Honoured by Australia" to be issued on 5 October 2015. The 3 featured international figures are Mother Theresa, Nelson Mandela and Raoul Wallenberg. The issue was designed by Australia Post and lithographed by R A Print:- 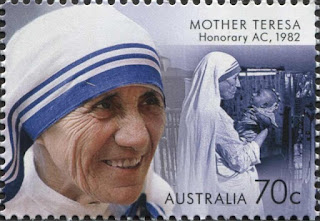 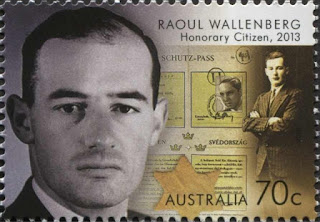 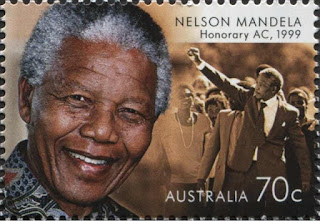 At least the quality of the stamp designs and printing is better than any of the stuff put out by Stamperija or IGPC and the featured personalities are undoubtedly worthy of commemoration by Australia on a set of its stamps. Rating:- ****.