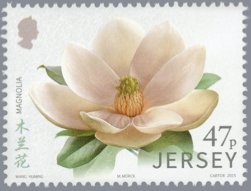 Jersey Post's "Links With China" issue will be released on 22 September 2015 and the links depicted in the designs of the set are, to say the least, rather unconvincing. The subject of the issue is flowers that are found in both the gardens of China and Jersey which makes for a pretty and attractive set of flower stamps but does not say much for the state of Jersey-China relations, either historic or present. Surely someone could have come up with more significant ties between the two territories than a display of flowers which are grown by both Jersey and Chinese gardeners.
For what it's worth, the issue is made up of 6 stamps and 1 miniature sheet and was designed by Wang Huming and Martin Morck and lithographed by Cartor. Rating:- ***. 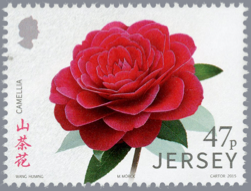 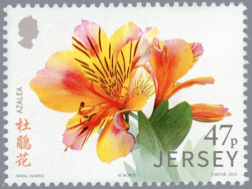 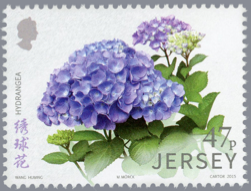 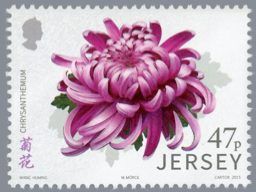 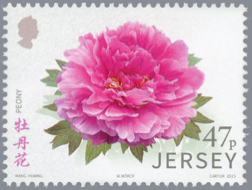 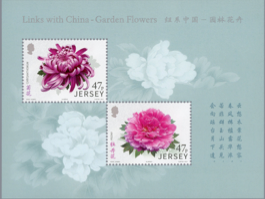 The flow of philatelic products from the British offshore islands continues unassuaged and in addition to the above Jersey Post Issue, there are new items soon to appear from the Isle Of Man postal administration - on 9 September 2015 a "Self-adhesive Pane" will be put on sale to add to the island's items which commemorate the achievement of Queen Elizabeth II in becoming the longest reigning monarch in British history. The cost of the item will be £6.76p Rating:- *. 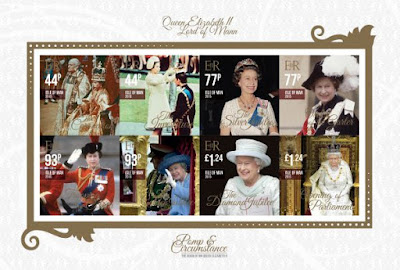 On the same day the Isle Of Man Post Office will also release a "Prestige booklet", cost £13.52p, which contains 2 sets of the above stamps. Rating:- *
Singapore Post's contribution to the joint Australia-New Zealand-Singapore issue is due for release on 14 August 2015 and depicts the parliaments of the 3 countries in the form of a miniature sheet. Rating:- ****. 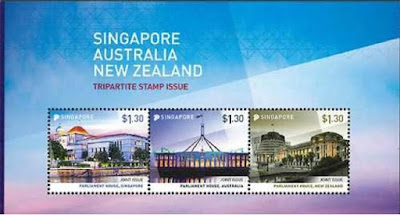 Singapore Post also issued a folder containing a sheet of 50 My Stamp stamps on 15 July 2015 which is titled "50 stamps for 50 years". The stamps have 50 different labels attached to them, each depicting a different previously issued stamp, which were selected from those displayed in the local exhibition "The Singapore Journey: 50 Years Through Stamps". Rating:- *** 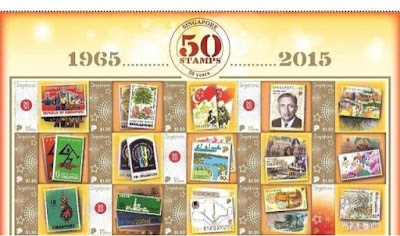 This week's philatelic products from Stamperija have the name of Sierra Leone inscribed on them and are stated to have been issued on 26 June 2015. The products take the usual form of 10 sheetlets each of 4 different "stamps" with 10 accompanying "miniature sheets" and have the usual range of themes which are calculated to have appeal to collectors. The art on some of them is very poor.
For the record the subjects covered are the achievement of Queen Elizabeth II in becoming the longest reigning British monarch (to enhance the issue's popularity the stamps also feature philatelic design stalwarts such as Diana, Princess of Wales, Pope John Paul II, Mother Theresa and The Duke and Duchess of Cambridge and Prince William - ho hum!); the Fastest trains in the world (not in Sierra Leone presumably); Singapore 2015 Philatelic Exhibition - the Crimson sunbird, national bird of Singapore; 70th anniversary of the United Nations; 175th anniversary of the Penny Black; European Football Championships 2016 (I suspect that Sierra Leone will not have a team in the competition); 50th anniversary of the first spacewalk; NASA (North American Space Agency); 150th anniversary of the end of of the American civil war and Jacques Yves Cousteau. Rating:- 0. 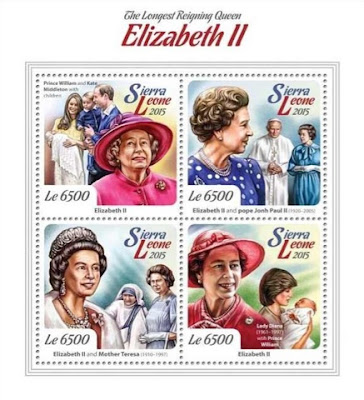 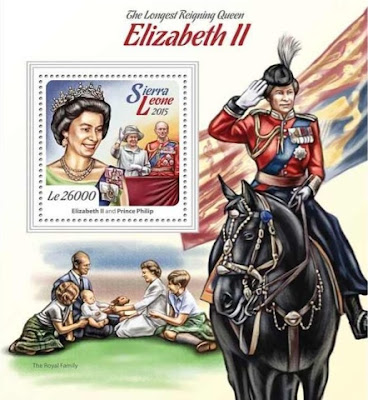 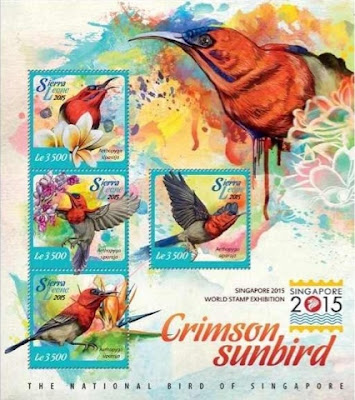 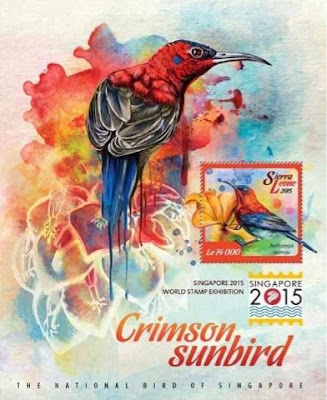 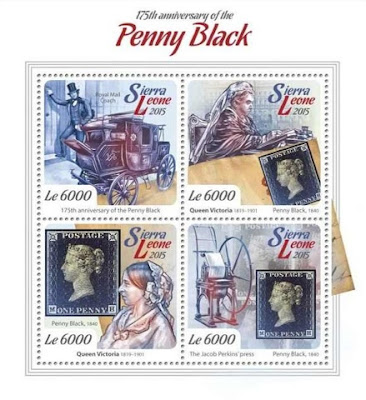 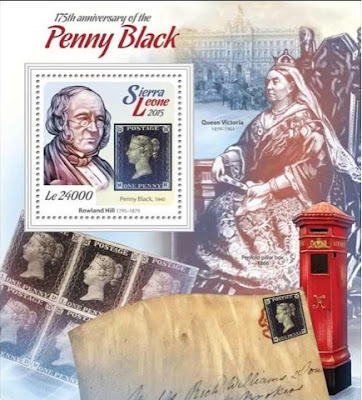