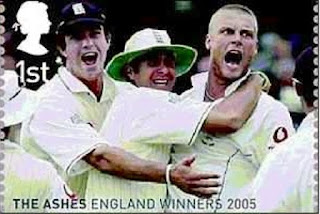 Following the England cricket team's memorable defeat of the Australian team in the 2015 Ashes series surely we must expect Royal Mail to issue a new commemorative issue, presumably a miniature sheet, following the precedent set after England's victory over Australia in 2005.
The Ashes test series takes its name from the 1882 series held in England in which the Australian team achieved its first ever victory on English soil. An article published in the British newspaper, The Sporting Times, claimed that English cricket was dead and that "the body will be cremated and taken to Australia".
Before the 1882 - 1883 series held in Australia, the English team captain, Ivo Bligh, said that he intended to "regain those ashes" and the English press dubbed the series "the quest to regain the ashes".
After England had won 2 of the matches, Bligh was presented with an urn containing the ashes of a burnt wooden ball, "the ashes of Australian cricket", by a group of Melbourne ladies including Florence Mophy who would later marry Ivo Bligh. When Bligh died in 1927, his widow presented the MCC with a small terracotta urn which has been kept in the MCC museum at Lord's cricket ground ever since. The Australia-England cricket match series has long been known as "The Ashes" cricket series as a result of all of the above.
The issue of stamps commemorating national victory in the Ashes series is a relatively recent philatelic phenomenon - see below. Details of the various series since 2002 are:- 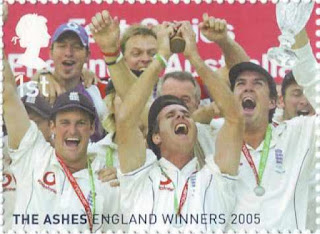 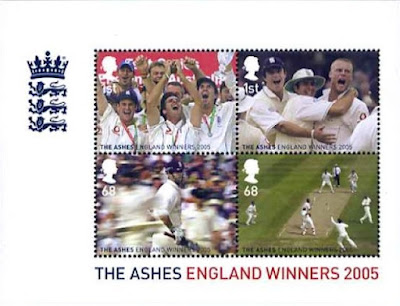 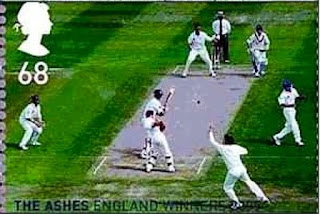 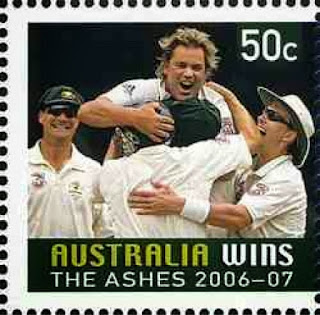 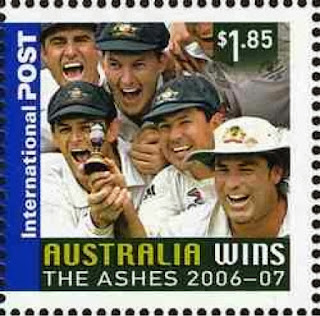 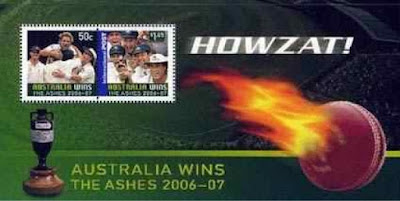 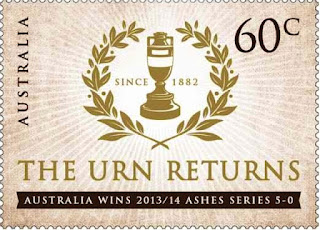 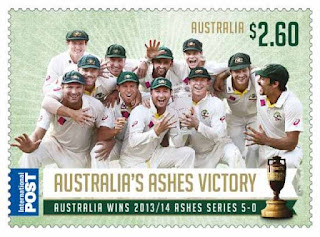 I do hope that Royal Mail will release a commemorative issue for this current sporting victory as this helps to build up a series of issues over the years which are rather fun in the way they demonstrate the constant and longstanding Anglo-Australian sporting rivalry and every Englishman likes to irritate the Australians just as every Australian likes to poke fun at the English.
Presumably Royal Mail will not release news of an issue before the end of the final game of this Ashes series but I suspect that someone is beavering away in the background preparing a 2015 "Ashes victory" miniature sheet. I do hope so. Perhaps David Cameron could present one to Tony Abbott when they both attend the Commonwealth Heads of Government Meeting which will take place in Malta later this year. Or is that not very diplomatic?

Apart from the miniature sheets which were issued in 2012 to commemorate British gold medal winners at the London Olympic Games, other items have been released by the British postal service in the past to commemorate British sporting success.
The forerunner is the single stamp issued on 18 August 1966 to commemorate the victory of the England Football team in the Jules Rimet World Cup finals held at Wembley (see Blog 420):- 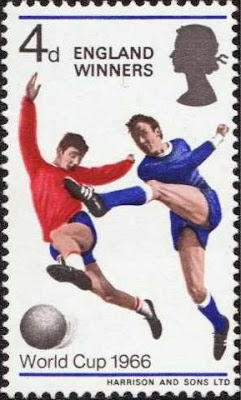 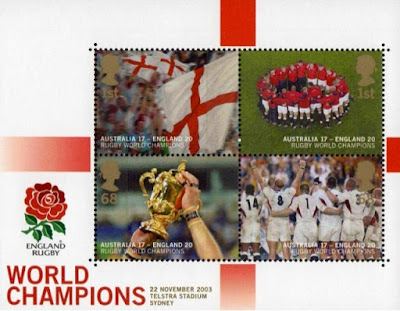 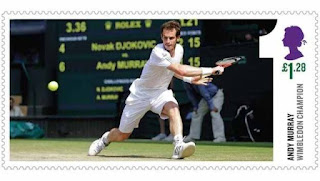