The postal administration of The Turkish Republic Of Northern Cyprus issued a set of 4 stamps on 5 August 2015 on the subject of Cats and Dogs. The issue was designed by Huseyin Billur and Gorel Korol Sonmezer and printed in lithography by the State Printers, Lefkosa. Rating:- *****.

I suppose I was rather naive to believe Australia Post would be selling 6 different miniature sheets at the Singapore 2015 philatelic exhibition - a different design on each day of the show - when it announced that 6 miniature sheets would be sold to commemorate the event. Well, Australia Post did indeed produce 6 sheets but all the same design!
So collectors minded to pay money for these items where the producer could not even be bothered to present the buyer with a fresh design on each day (each item with a face value of $4.50c) will find that the only way to tell the difference between each miniature sheet is to look at the lower right corner where an inscription is placed saying "Day 1", "Day 2", "Day 3" and so on. This approach is verging on the cynical - very little effort being put into providing a worthwhile product no doubt expecting that collectors will buy whatever is put in their way providing they can keep their collection complete. My rating of the issue:- 0. There will be no space in my collection for this stuff:-


Gibraltar Stamps will release the 4th isssue of its ongoing RAF Squadrons series on 31 August 2015. The issue will consist of 4 stamps and 1 miniature sheet of 4 different stamps and was designed by Stephen Perera from artwork by John Batchelor and printed in lithography by BDT International Security Printers. Rating:- ****. 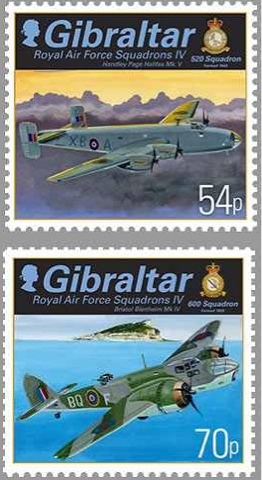 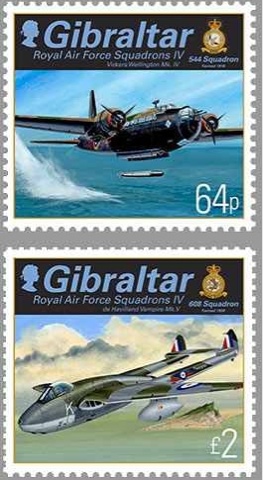 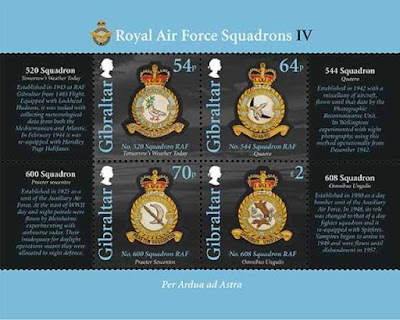 Gibraltar Stamps will then release a set of 6 YouStamps (3 at internal domestic rate, 'G', at 3 at the European rate, 'E') on 9 September 2015. The purpose of the items is to aid personalisation of an individual's mail.
The Moorish Castle design is used for both internal and European rate stamps and both issues have the SEPAC inscription as recorded in Blog 618. The set was designed by Stephen Perera from photography by Stephen Perera and Nicholas Ferrary and lithographed by BDT. Rating:- *** 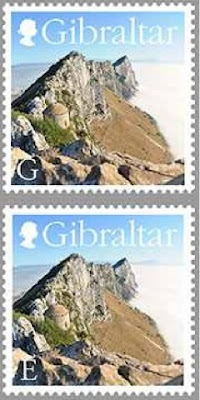