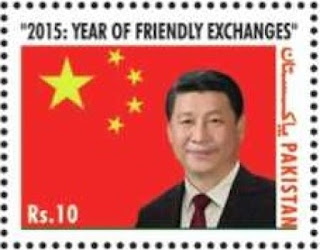 Pakistan Post issued a se-tenant strip of 5 stamps on 14 August 2015 titled "2015: Year of Friendly Exchanges" which commemorated the country's relations with the People's Republic of China. The issue was designed by Dr. Kanwal Khalid and lithographed by Pakistan Security Printing Corporation. Rating:- ****. 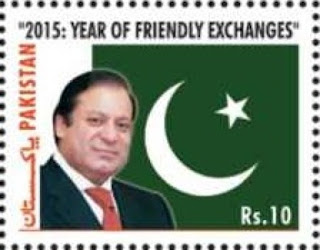 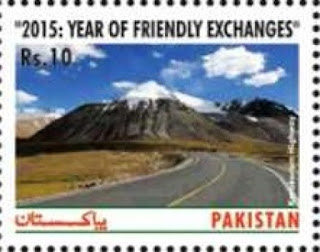 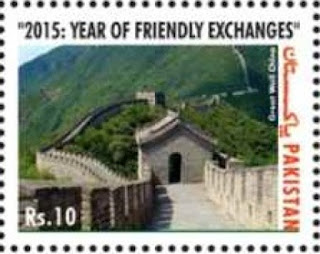 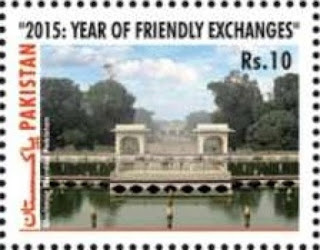 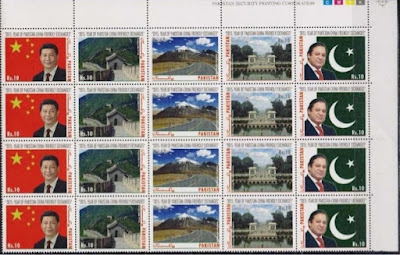 There seems to be a golden rule that the smaller the territory the higher the face value of its "Longest reigning monarch" issue needs to be - hence Guernsey Post is issuing a £10 stamp on 9 September 2015 in the name of Alderney (size: 3 square miles (8 sq. km.), population: 1,900) to commemorate the Queen's historic achievement.
I think that it is undoubtedly an attractive and respectful stamp and I like it very much - that is - except the appallingly high price. Why must these postal administrations carry on with such excessive issues? Recall the Gibraltar (size: 2.3 sq. miles (6 sq. kms) population 30,000) stamp on the same subject - another £10 stamp (see Blog 566). A quick profit but long-term self-destruction.
Compare this with the sensibly priced but equally attractive stamps announced by Pobjoy Stamps for 6 of its client territories which I wrote about in Blog 616. It seems that those who are in charge of Pobjoy are the sanest people in the field of producing new stamp issues at the moment and everybody else has lost their senses.
The Alderney stamp was designed by Bridget Yabsley and lithographed by Lowe-Martin. Rating:- ** 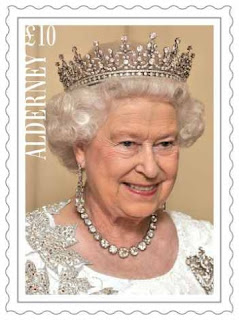 I'm sure that collectors will be pleased to know that if they have a cool £50 to spare they can buy the stamp in a sheetlet of five. Rating:- 0

On 14 August 2015 Pos Malaysia reissued the flock stamp featuring giant pandas, originally issued on 25 February 2015, with an additional inscription in the form of the logo of the Singapore 2015 philatelic exhibition. The item was released in a special pack. Rating:- ****. 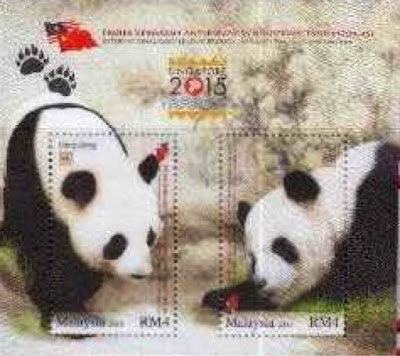