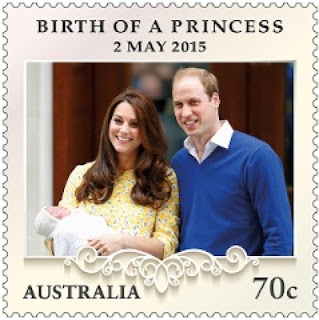 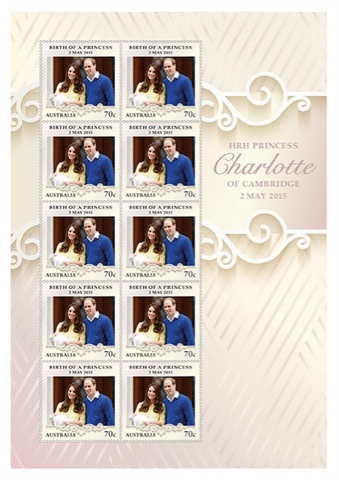 Australia Post will issue 1 gummed stamp from sheetlets of 10 and 1 self-adhesive stamp in booklets of 10 on 25 August 2015 to commemorate the birth of Princess Charlotte who is 4th in line to the throne of Australia. The stamp was designed by Jo Mure and lithographed by EGO. Rating:- **
Royal Mail's "Post And Go" labels produced by kiosks A006 and A008 sited at the Singapore 2015 Philatelic Exhibition with the inscription "Singpex 2015 World Stamp Expo" appear to have the same inscriptions as those sold by the British Philatelic Bureau from kiosk B001. In both cases the Machin Head design has the code MA13 with there being no code on the Union Jack design. Therefore, apart from the code at the bottom of the label, there seems to be nothing of note to distinguish between the Singapore-printed labels and Philatelic Bureau-sold labels unlike, for instance, the labels produced 2 years ago for the Australia 2013 Exhibition where 2 different inscriptions were produced (see Blog 248).
As usual, it's worth remembering that the labels produced at the Singapore 2015 Exhibition are being produced in a country where they have no postal validity but I suppose they are an interesting souvenir for any visitors to the exhibition. See also Blog 615. Rating:- 0.
"Post And Go" enthusiasts also have the pleasure of knowing that a new series of labels will be available from 25 August 2015 produced by kiosk A010 which is newly situated at the railway museum "Steam GWR Museum" in Swindon. Collectors strips of the Machin Head and Union Jack labels will be dispensed with the unique identifier "STEAM GWR" inscribed on them. Presumably these items will have an appeal to collectors of railway-themed stamps. 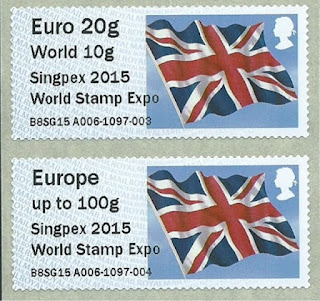 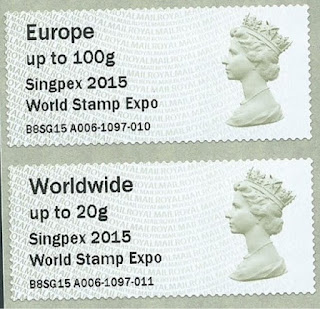 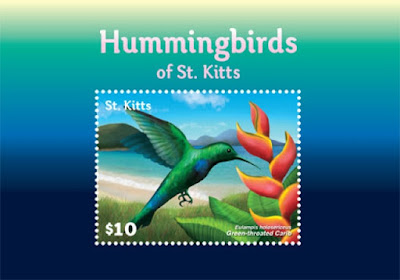 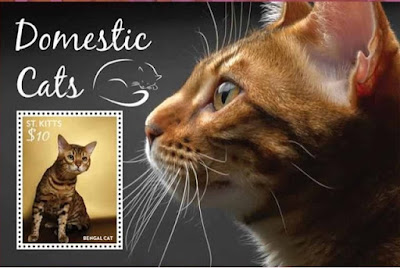 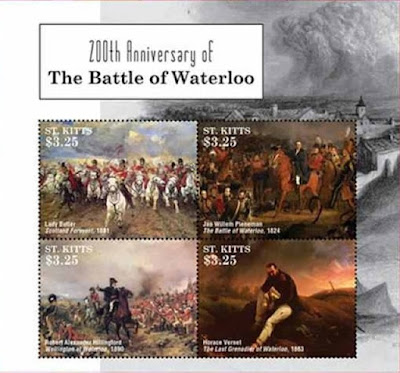 The Gibraltar postal authorities will issue a single stamp on 7 September 2015 in the European postal rate as its contribution to the Sepac omnibus issue for 2015. The subject of this year's omnibus is "culture" and I suppose that this stamp is a rather clever interpretation of the subject reflecting as it does various cultures which have been relevant to Gibraltar during its history - thus the main part of the design depicts the Moorish Castle reflecting the influence of Islam on the territory and a small Union Jack is flown from the top of the castle which recalls the historic and present-day influence of the British. Rating:- ***. 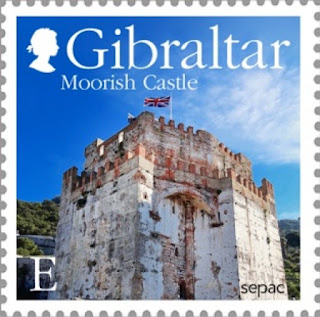 The postal administration of Pitcairn Islands will issue a miniature sheet containing 3 different stamps on 26 August 2015 on the subject of "The breadfruit saga", the story of the plan to gather breadfruit in the Pacific area for transport to the West Indies on board The Bounty on which voyage the crew under Fletcher Christian mutinied against Captain Bligh and cast him adrift and themselves finally settled on Pitcairn Island. Rating:- *****. 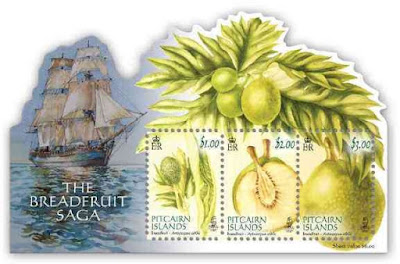