619. Guernsey To Get Its Own Post And Go Kiosk.

Although Guernsey Post has been selling "Post And Go" labels to collectors from its kiosk GG01 situated temporarily at philatelic exhibitions abroad in places where they had no postal validity since 18 - 21 February 2015, Intelligent A R has now announced that a kiosk is to be installed in Guernsey itself, at Envoy House the postal headquarters in St. Peter Port, from which Post And Go stamps will be dispensed to collectors and the Guernsey general public. The launch date will be 2 September 2015.

Australia Post will issue a set of 4 stamps inscribed "Cocos (Keeling) Islands" on 25 August 2015 on the  subject of Islands of the territory. This set depicts 4 very attractive "desert island" photographs and the issue was designed by Lisa Christensen and lithographed by Bambra McKellar. Rating:- *****. 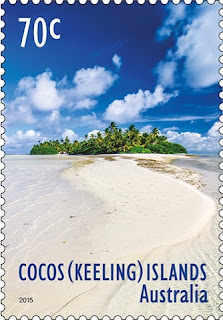 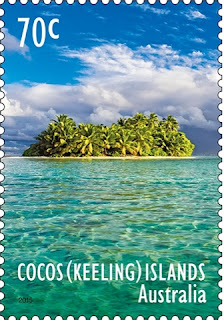 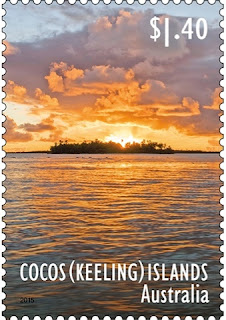 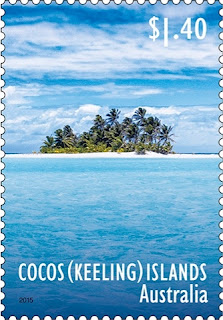 The Bahamas postal administration will issue a set of 6 stamps on 1 October 2015 to commemorate the centenary of Girl Guiding in Bahamas. The excellent set which features aspects of local Guiding was designed by Bee Design and lithographed by BDT International Security Printers. Rating:- *****. 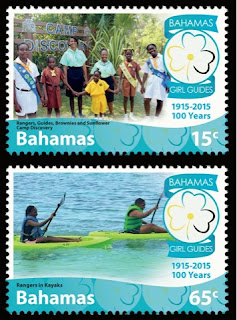 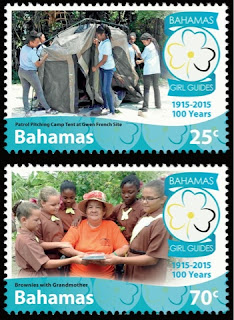 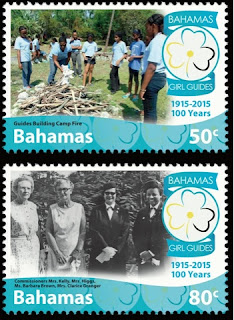