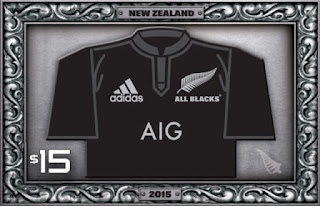 With the Rugby World Cup due to start in England on 18 September 2015 (see Blog 606), New Zealand Post has announced that it will issue a single $15 stamp sold in a special pack to commemorate the New Zealand national rugby team, The All Blacks. The date of issue will be 2 September 2015 and the design, by Dave Burke, features an All Blacks shirt and is printed on fabric by lithography. Rating:- ***


New Zealand Post's Children's Health charity issue for 2015 will also be released on 2 September 2015 and will consist of 1 x 80c + 10c self-adhesive stamp, 3 x gummed stamps and 1 miniature sheet. The subject of the issue is "Being sun smart - Slip, Slop, Slap and Wrap", in other words, a campaign to protect children from excessive sunlight exposure. This important and cheerful set was designed by Donna McKenna and lithographed by Southern Colour Print. Rating:- *** 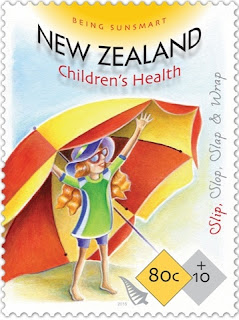 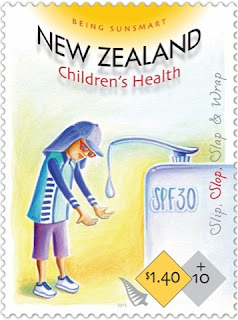 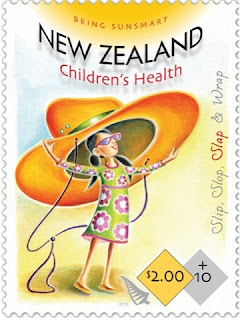 Meanwhile, back to the Rugby World Cup. Royal Mail's issue of 8 stamps and 1 counter booklet of 6 x 1st Class rate self-adhesive stamps is depicted on the internet - the set consists of 4 different se-tenant pairs at the 2nd class, 1st class, rates as well as £1 and £1.52 values. The 6 booklet stamps are made up of 4 Machin Head definitives in a new colour (which coincides with Queen Elizabeth II becoming Britain's longest reigning monarch) and the two 1st class Rugby World Cup stamps. As mentioned in Blog 606, the date of issue will be 18 September 2015. I think I would have liked these stamps a little more if the illustrations had been in colour rather than black and white. Rating:- *** 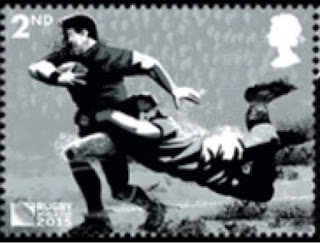 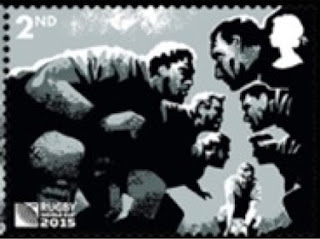 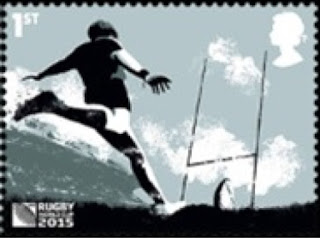 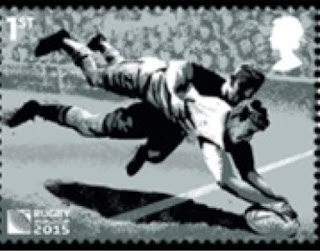 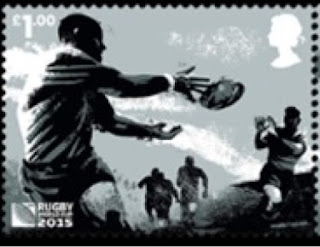 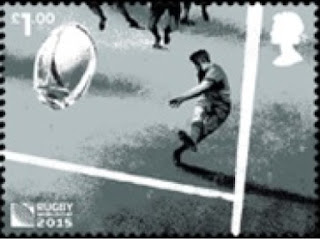 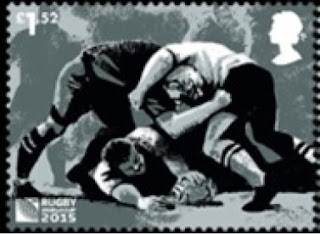 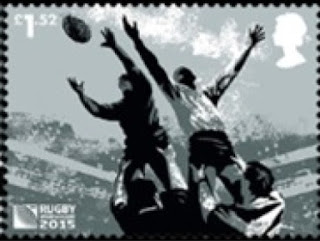